It can be annoying to have a car full of smoke smell. Read on below and figure out some tips and tricks on how to get smoke smell out of the car.

Smoke smell is one of the most stubborn things that can happen to your car.

Either you must be getting a second hand one or if someone you know smoked in your car, in both these cases, the smoke can get in the upholstery for a while. Let’s find out how to get smoke smell out of the car. 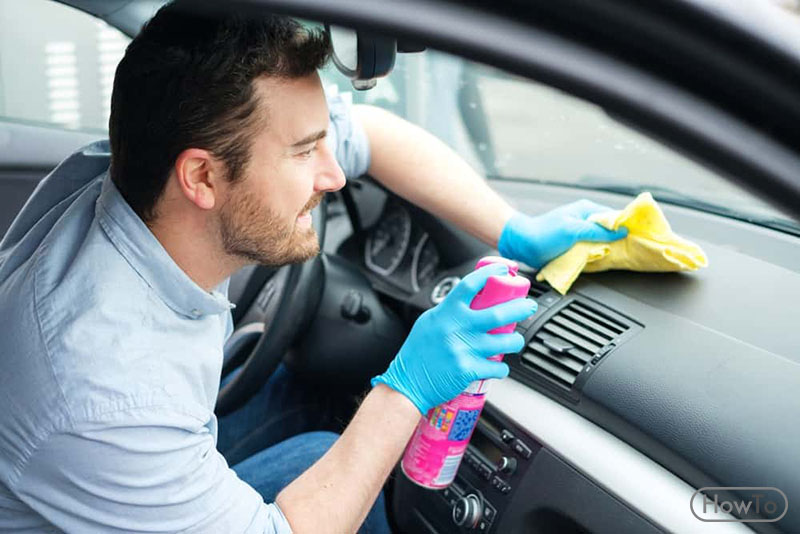 Before you dive headfirst into some tricks to make your car smoke free, you should first clean it thoroughly.

If your car has trash and other dirt in it, there is a strong possibility that even after using some of the tricks below you might not be able to get it smoke-free. So, a thorough cleaning every once in a while is what every car needs.

Start by getting rid of any solid trash that you have lying around in your car. Make sure there are no cigarette butts as they can emit a lot of strong smells.

Look for pieces of ash that might’ve been hidden in the corners and clean those out. Also, look through the glove box and make sure there’s no extra stuff in there. Remove any tissues or pieces of clothes as the smell could be stuck in them as well.

This one is perfect for all the coffee lovers out there. If your car smells like smoke, then simply take some coffee grounds and put them in a cup.

Put the cup or holder on the dashboard of your car. You can also do a smell check beforehand to see where the smell is coming from.

Place your coffee beans wherever the smell is the strongest. Turn all the windows up and make sure that the car is sealed. Leave the seeds in there for a few hours and you should be good to go. 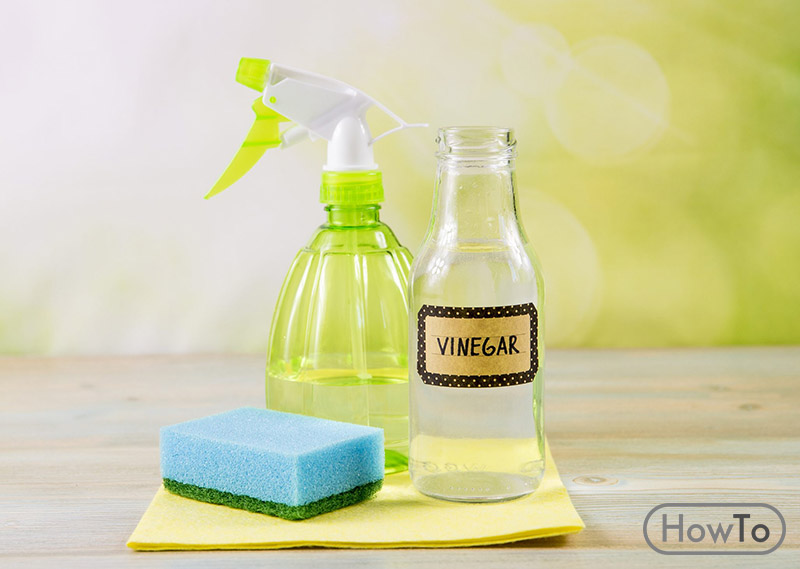 Similar to coffee beans, white vinegar also does an excellent job when it comes to getting rid of the stubborn smoke smell. Take a cup and pour some white vinegar in it.

Once done you can place the cup in the holder present in your car. Leave it there for a few hours or overnight. Keep the windows closed while you are doing this step. The vinegar will help in getting the smoke smell out of the car.

Baking soda is essential when it comes to cleaning of all sorts. It can do wonders with car smoke smells as well. Since baking soda is an odor neutralizer, it will get any smell out of your car efficiently.

For this method, we would recommend using a vacuum to clean before you put the baking soda. If there is ash in the car it will further increase the smell so, try to get it out of the way.

Vacuum the car thoroughly. Make sure you clean properly under the seats and in the crevices. Once done place a cup full of baking soda in various spots all over your car.

Let it sit overnight and check the results in the morning. You will have successfully gotten rid of all the smoke smell out of your car.

This one is for all the fruit lovers out there. Citrus fruits have the strongest smells and can help a lot when you are trying to get smoke smell out of your car.

There is no hard and fast method for this one. You can simply eat oranges while you’re on your way to work. When you’re done eating, don’t throw away the peels.

Collect these peels and put them in your cup holder. It will only take a few hours for the car to be filled with the fragrance of oranges.

You can also grapes or place lemon wedges in different corners of your car. Instead of the smoke smell, you will have a fruity scent wafting through your car. 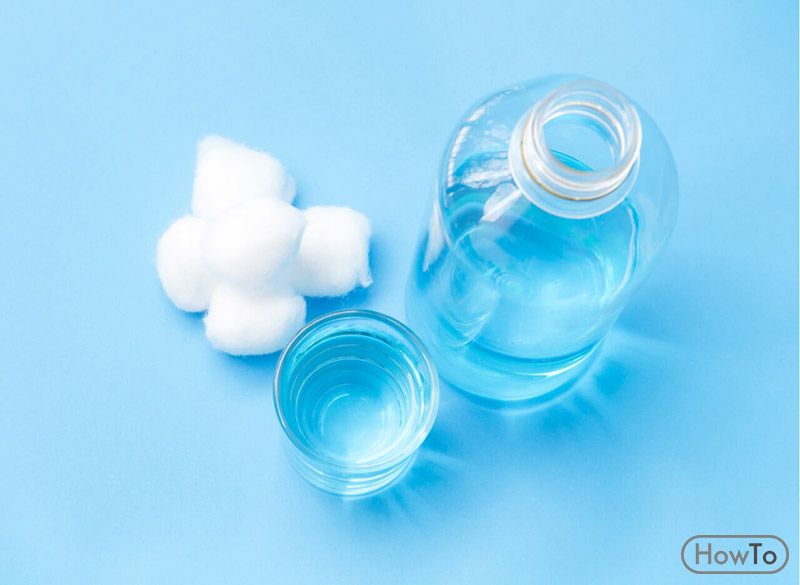 A lot of times the smell in your car won’t leave because the smell has stuck in the upholstery. For such situations, you can use hydrogen peroxide.

Take a spray and fill it with approximately 3 percent hydrogen peroxide. Add white vinegar and shake it well.

First, wipe the upholstery clean with the help of a damp cloth. Now, spray the mixture on the smoke smelling parts of the car and let it sit for a couple of hours or until it dries down.

You can repeat the same steps twice or thrice to get the best results. Keep the windows closed during the process.

Lastly, wash your car with the help of detergent water thoroughly.

Use a damp cloth, dip it in the detergent water, and clean the interior of the car. This is a great way to clean you and get rid of all the weird smells.

How long does it take to get smoke smell out of car?

Pour about 200ml of ordinary white vinegar into the bottom of a deep bowl or clean bucket, and put it in the foot-well of the car. Allow it to remain undisturbed for at least 2 full days. The car should smell significantly better, and the scent of cigarette smoke should be all but gone.

What kills the smell of smoke?

keeping open containers of charcoal or white vinegar in each room, to absorb the smell and changing them weekly. ventilating your environment, perhaps by directing a fan to blow smoke out the window, and smoking cigarettes only near open windows. running air purifiers with HEPA filters in each room.

How hard is it to get cigarette smoke out of a car?

Cigarette smoke is one of the most potent and hard to remove odors in vehicles. Smoke is difficult to remove from cars because it penetrates upholstery, carpet, hard surfaces and it infiltrates the air system.

How do you tell if a car has been smoked in?

It’s not even safe to sit in the car. If you don’t smell smoke, your next step is to look around the inside of the vehicle for yellow-brown stains on the fabric–especially the carpeting on the roof. If you see this discoloration, the car has probably been smoked in.

Can dealerships get smoke smell out of cars?

It might be impossible to get cigarette smoke smell completely out of the car, but dealerships will go to great lengths to cover up how bad it smelled. Interior treatments may not be effective over the long-term, so be aware when looking at a car that was smoked in.

Does smoking in a car lower the value?

These estimates reveal that cars sold by smokers and cars that had been smoked in were offered at a significantly lower price than equivalent cars offered by nonsmokers and in which no smoking was reported. The value decreased by 7.5% if a car was sold by a smoker compared to an equivalent car sold by a nonsmoker.

Is it bad to buy a car that has been smoked in?

We wouldn’t buy a used car from a smoker for two reasons. First, smoking is reckless behavior. Second, it suggests the owner might be reckless with regards to repair and maintenance.

Why you shouldn’t smoke in your car?

Although many smokers will roll down their windows when they smoke and drive, a new study published by Tobacco Control found that even with windows down, smoking in the car can produce dangerous levels of particle air pollution.

Thirdhand smoke is residual nicotine and other chemicals left on indoor surfaces by tobacco smoke. People are exposed to these chemicals by touching contaminated surfaces or breathing in the off-gassing from these surfaces.

How long does it take for third-hand smoke to go away?

Removing the residue is very difficult. Thirdhand smoke residue builds up over time on most surfaces it touches. It can remain for weeks, months or even years.

Can a smoker hold my baby?

Children exposed to second-hand smoke are at an increased risk of early death and disease from various causes. For example, second-hand smoke can impair a baby’s breathing and heart rate, which can put the baby at a higher risk of sudden unexpected death in infancy (SUDI).

What is 4th hand smoke?

Thirdhand smoke refers to residual exposure via surfaces that have encountered cigarette smoke. You’re likely familiar with secondhand smoke exposure that occurs from inhaling smoke from someone else using cigarettes. Thirdhand smoke, on the other hand, deals with surfaces you touch that have nicotine residue on them.

If you are wiping down smooth or hard surfaces that have nicotine residue, vinegar can be used as an acidic cleaner to dissolve nicotine. And for more immediate relief of cigarette smoke odors, spray vinegar on a towel or cloth and wave it around the room for a few minutes.

What happens within 30 minutes of smoking a cigarette?

After five minutes: Arteries becomes less flexible, just like they do in a person who is smoking a cigarette. After 20-30 minutes: Blood starts clotting, and fat deposits in blood vessels increase the risk of heart attack and stroke.

How long does it take for second hand smoke to affect you?

Henry says it only takes about 30 minutes of exposure before there is a significant amount of detectable nicotine in the blood stream.

How long does it take for second hand smoke to leave your lungs?

Most second–hand smoke comes from the tip of a burning cigarette. This makes it almost impossible to direct smoke away from those around you. If you only smoke in one area of your home the harmful chemicals will spread rapidly from room to room and can linger for up to 5 hours.