How to Properly Cook Frozen Bacon? 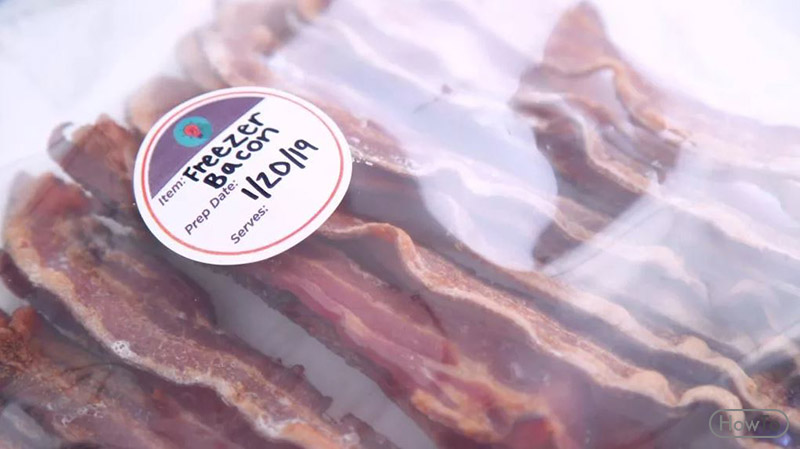 How Long is Frozen Bacon Good for?

Every food product has a certain expiry date. It will be best to use that product within that period. So, the same thing applies to bacon. It is true that bacon is stuffed with salt, and therefore, its longevity has increased compared to normal meat products. This is the main reason for which it would be great to come with a proper period of time before using bacon. According to USDA guidelines, with a proper store, frozen bacon can last up to 6 months. That means it will be best to use it before six months of its package. So, it will be a great way forward and a great satisfactory matter to get all the frozen bacon to the consumer before 6 months.

How Long to Defrost Bacon in the Microwave? 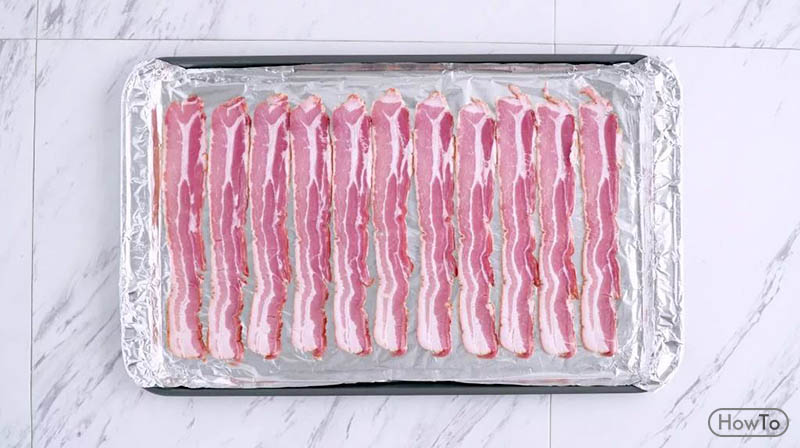 While going to defrost the bacon, you should know the exact timing that takes the bacon to properly defrost. While you are using the microwave, a by-weight Defrost setting sets the thawing time automatically.

Can You Cook Frozen Bacon in an Air Fryer?

Before going to cook frozen bacon in the air fryer, you need to know about air fryers completely. One thing is to keep in mind that, air fryer is not the usual fryer. It is just a countertop convection oven. It mainly uses a powerful fan to properly circulate hot air into the chamber and in this way, the food inside will cook faster. If you are using an air fryer, there is no need to plunge into a vat of bubbling oil. A home cook can achieve crispy effects if he’ll brush light oil on the food items. These kinds of fryers work efficiently.

● Defrost Bacon on the Counter

There are some people who always ask that they do love to defrost the bacon on the counter. So, if you want to go deep, it is important to come with the right kind of information by following the guidelines from USDA. According to it, users shouldn’t defrost the bacon on the counter or room temperature directly. It will either take a lot of time or can go directly to the decompose process which is not good for the consumer. So, it is important to always defrost the bacon with any device that will make the user more comfortable while using that with the meals.

What is the Best Way to Thaw Bacon? 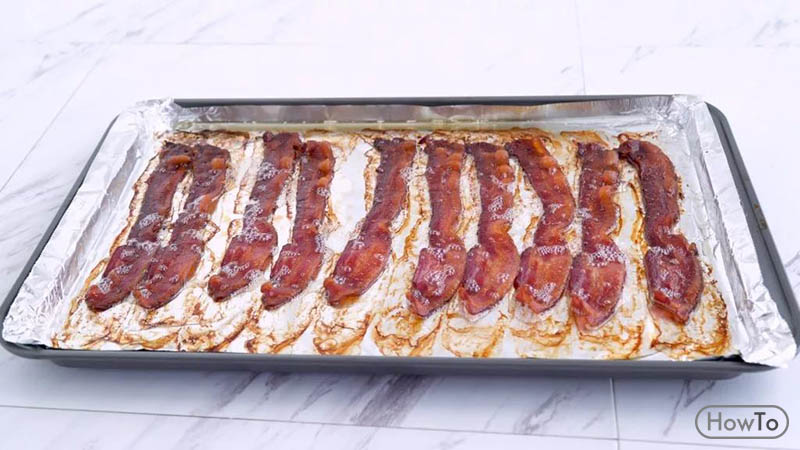 According to USDA guidelines, there are mainly three best ways to thaw bacon. These are in the refrigerator, in cold water, and in the microwave. Apart from these three methods, you shouldn’t thaw the bacon at room temperature or on the kitchen counter. And, from these three types of thawing process, it would be best to use a refrigerator to properly thaw the bacon. So, it needs a proper planning before using the refrigerator. If you have not stopped the fresh package from the store, using cold water is the best practice to go for. One thing is to keep in mind that, never use warm water for all these things.

How to Defrost Bacon Quickly without a Microwave?

Some people always ask how you can defrost the bacon without using the microwave. The main thing is that it is possible with the help of warm water.

What is the Best Way to Cook Bacon in the Oven? 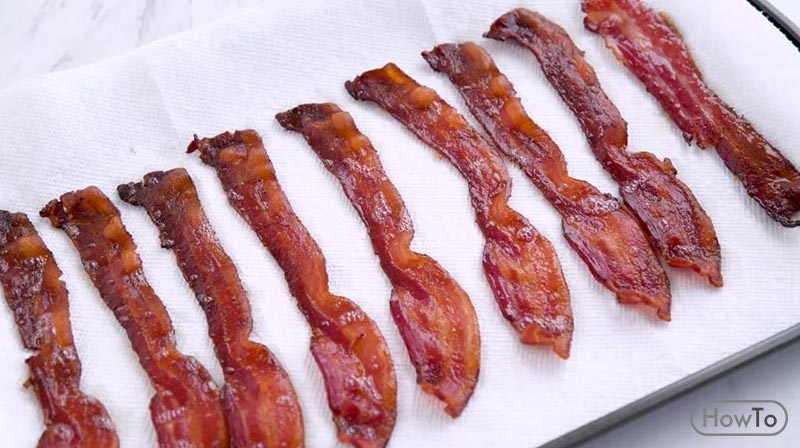 The cooling rack method is the best way to cook bacon in the oven. Lined up your bacon pieces on a stainless steel rack and keep that rack on the aluminum foil. Now, bake the bacon for 20 to 30 minutes until it goes crispy. If you want to keep the bacon medium crispy, you can reduce the timing of the oven by which you can easily get mild crispy bacon. Then remove the paper towel-lined plate. In this way, you can get perfectly crispy bacon that is undamaged and able to make a great complement to the bacon lovers.

How to Slow Cook Bacon in the Oven?

Some people always ask how to slow cook bacon in the oven. It is quite easy that it will always make things better with an easy slowing process.

Should You Defrost Bacon before Cooking?

If you are going to cook the bacon, it is important to follow the right kind of procedure that would make something more crucial.

How do You Cook Frozen Bacon on the Stove?

If you want to cook frozen bacon on the stove, you have to first light it and then place a frying pan on it. After it reaches the proper temperature, you can place the bacon pieces parallel. In this way, the bacon will get heat and after a few minutes, the pieces will be ready to consume. Once these things happen rightly, it would be perfect to consume the bacon along with your desired meal or breakfast. This procedure is very popular among people who are loving bacon and want to have this in their every meal.

How to Defrost Bacon Quickly? 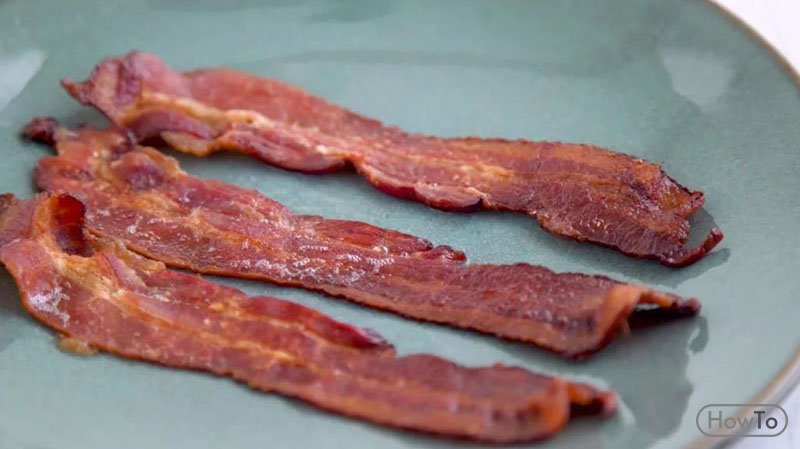 There are a number of procedures available to defrost the bacon. But, some of them are proven to get the bacon to defrost quickly. Following this process will always make your bacon ready within minutes. So, cold water is the biggest way to defrost the bacon with no time. And, you can easily submerge the bacon bag into the cold water. Keep changing the water every 30 minutes. According to experts, a one-pound package of bacon may take less of one hour to defrost. After this process, the food should cook instantly.

Should you defrost bacon before cooking?

Can I cook frozen bacon in the oven?

Can You Cook Frozen Bacon? Yes, you sure can. There’s so much fat in a bacon that it can thaw in just a few minutes.

How do you defrost Bacon quickly?

If you’re wanting whole strips of bacon, the best way to evenly and quickly thaw it is to submerge bacon that is still in packaging or a zip-top bag into cool water. Change the water frequently because the frozen bacon will act like an ice cube and chill it.

Can you leave bacon out to defrost?

If you need to defrost bacon in about 30 minutes to two hours rather than a full day, you can do so by submerging it in a cold-water bath. But because of the time it spends in the temperature danger zone, it must be cooked right away, even if you‘re going to refreeze it. Put the bacon in a leak-proof package.

Can Bacon be cooked from frozen?

A: Yes, bacon can be cooked from frozen – fry the bacon on a low heat until the rashers begin to separate. Gradually increase the heat and fry the separated pieces of bacon until cooked through.

Can frozen bacon sit out overnight?

Reheating freshly defrosted bacon that was cooked before is safe. In fact, the whole point of freezing cooked bacon is to keep it safe. But once defrosted, you should not leave it out in the warm environment of the kitchen – or even at room temperature.

How do you thaw bacon overnight?

Overnight in the Refrigerator: The Best Way To Defrost Bacon

Bacteria grow rapidly at temperatures between 40 °F and 140 °F; cooked bacon should be discarded if left for more than 2 hours at room temperature.

How long is frozen bacon good for?

Can Bacon Go Bad in the Freezer? Properly stored, and for the best results, the USDA recommends using it within two months. But it should be good at least for up to 4 months. But if the bacon has been kept constantly frozen at 0°F will keep safe indefinitely.

Should bacon be kept in the freezer?

How long is chicken good in the freezer?

If kept frozen continuously, chicken will be safe indefinitely, so after freezing, it’s not important if any package dates expire. For best quality, taste and texture, keep whole raw chicken in the freezer up to one year; parts, 9 months; and giblets or ground chicken, 3 to 4 months.

Well, according to the U.S. Department of Agriculture, any food stored at exactly 0°F is safe to eat indefinitely. So the USDA recommends tossing uncooked roasts, steaks, and chops after a year in the freezer, and uncooked ground meat after just 4 months. Meanwhile, frozen cooked meat should go after 3 months.

Frozen chicken (and all frozen foods) are safe to eat indefinitely, but will lose taste and flavor the longer it is stored. If you don’t seal the food carefully, freezer burn can occur, which dries out the exposed meat — though it’s still safe to eat.

Can you eat a ham that has been frozen for 2 years?

Frozen hams remain safe indefinitely. The ham is safe after 1 year, but the quality may suffer. *** An unopened shelf-stable, canned ham may be stored at room temperature for 2 years.

How long is it safe to eat frozen ham?

How do you know if frozen ham is bad?

Some common traits of bad ham are a dull, slimy flesh and a sour smell. The pink meat color will begin changing to a grey color when ham has spoiled.

Can I eat frozen ham?

According to FoodSafety.gov, whole, sliced or diced ham can be safely frozen for up to two months.