Potato is one of the favorite vegetables of mankind. It’s available everywhere and easy to digest. Along with that, potato helps to increase the taste of food as well as maintains a good texture. Here we will discuss the various processes to dice potatoes to cook.

How to Dice Potatoes for Potato Salad? 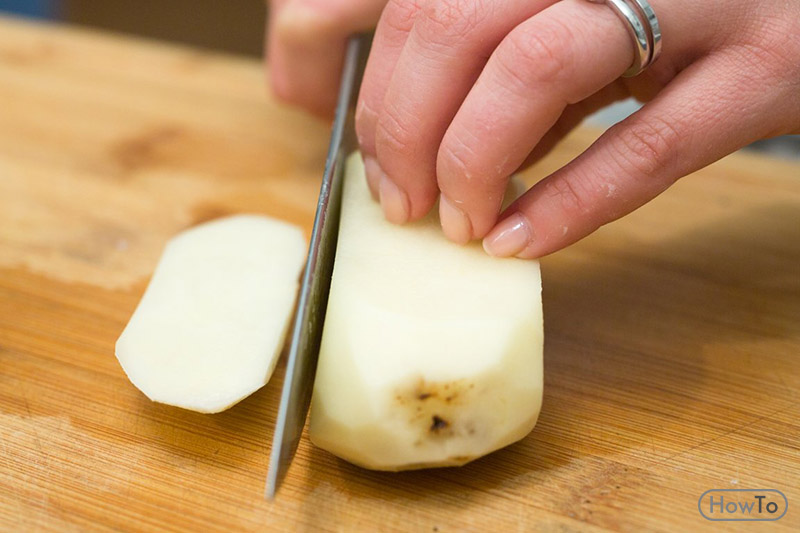 Potato is actually not a vegetable but a root. It is grown under the soil and contains huge micronutrients. Along with the essential micronutrients, potato is rich in carbohydrates and is a good source of energy. Mashed potato is one of the most favorite foods for fitness freaks as it gives them energy for the physical exercises.

How to Dice Sweet Potatoes?

Sweet potatoes are the best alternative to the potato. People who don’t like potatoes can easily consume sweet potatoes. It is actually less harmful than potato and easier to digest. Due to its special texture and test, you can make varieties of dishes with this one.

How to Dice Potatoes for Home Fries? 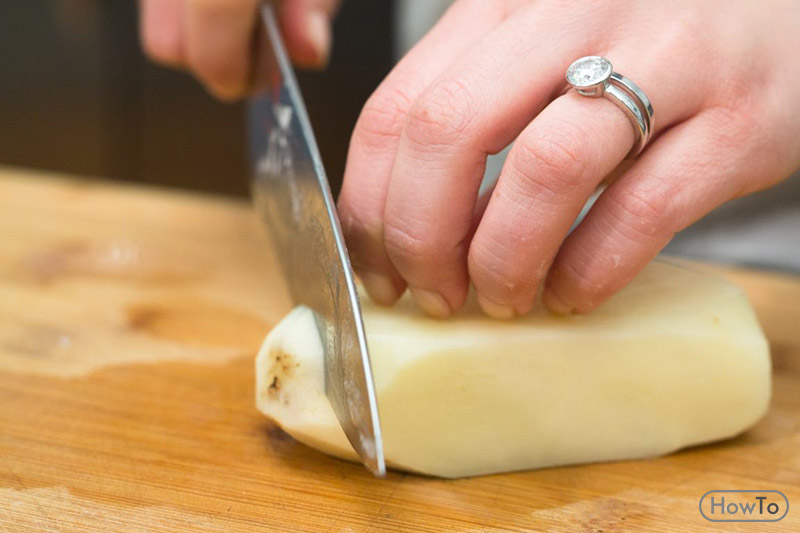 If you are thinking of making potato fries for your lunch or dinner, then you need to know the proper shape to cut it. You can cut it in finger shapes to make French fries or slice them into round pieces to make chips. But home fries in dice shapes are very attractive to look into and also very tasty to eat. Here is the process to cut potatoes for home fries.

How to Cut Large Dice Potatoes?

Generally, potatoes are round or oval in shape. So if you want to make dice shapes you should cut the potatoes at least into more than 8 cubes to get a perfect dice shape. But if you need to have a large dice out of a potato, then you need to take a large size potato for this. The cut will depend on the size you need. If you need a large dice out of a single potato, then you will have to cut down the sides of the potato for that. Hold the potato into a 90-degree angle and cut the four sides accordingly. Now lay the potato sidewise and cut the top and bottom layer to give it a dice like a shape.

How do You Cut Potatoes into Cubes? 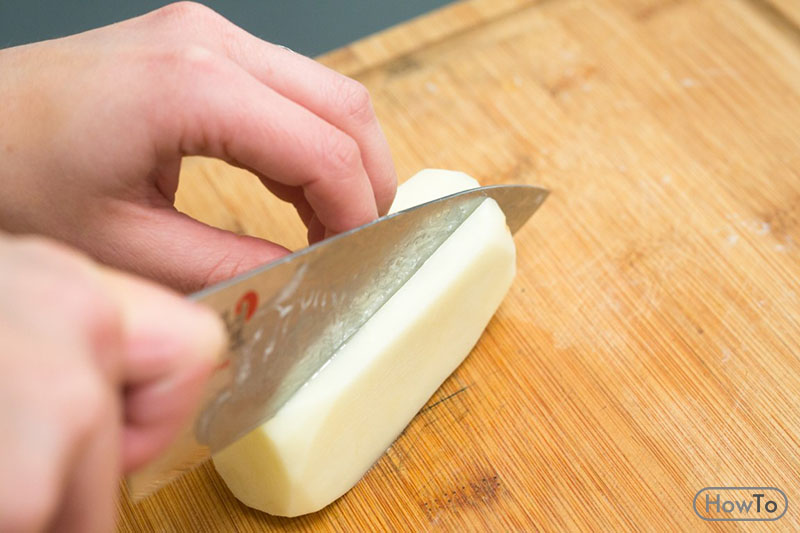 Cutting potatoes into cubes is not a very hard job. But you should remember that while you are taking out the cubes, the length and breadth of each piece should be equal.

How do You Peel and Dice Potatoes?

The peeling of potatoes is not a very easy job. Once you peel it off, the nutrients are gone with the peels. So it is better to peel the potatoes after you boil them. This will make the peeling process easier and you will be able to peel the potato off with your fingers. Otherwise, you need to use a peeler for this job. After peeling you need to put the potato on the cutting board and cut it into slices. Now hold all of them, with your fingers and again give them a cut sidewise to get the potato fingers out of it. Again cut the fingers sidewise and you will get your potato dices ready on the board.

How do You Cut Potatoes for Stew?

Stew is one of the most nutritious and easy to digest foods. People who have problems in digestion or who are recovering from a very severe illness or accident should take stew as an energizing food.

How do you quickly dice potatoes?

How do you dice potatoes in cubes?

What shape do you need to start out with when you dice a potato?

Here’s how: Start by peeling the potato to remove the skin. Discard the skin or save it for another use. Then, slice a small amount from each side of the potato so that it has a long, rectangular shape.

How do you dice potatoes for frying?

How do you cut matchstick potatoes?

How do you cut potatoes into thick chips?

Place the potato on its side and using a large chef’s knife, cut a thin slice off the edge to serve as a flat base. Flip the potato cut side down and cut thin slices; make them the width you’d like your french fries. Stack a few of the slices, then cut them in the other direction to create french fries.

How long should I Soak potatoes for fries?

Place them in a large bowl and cover with cold water. Allow them to soak, 2 to 3 hours. (You can also stick them in the fridge and let them soak overnight.) When you’re ready to make the fries, drain off the water and lay the potatoes on 2 baking sheets lined with paper towels.

What potatoes are best for chips?

How do you make crispy fries from scratch?

Choosing the right type of potato is important to get a good chip. A starchy potato is best as it has a soft, dry texture, making it good for chips. Look for King Edward, Maris Piper, Romano, Désirée, or russet potatoes. You can use beef fat or good vegetable oil for frying chips.

Why are my homemade French fries soggy?

Why do you Soak potatoes in water before frying?

How do you make potato fries from scratch?

When fries are cooked at a very high temperature, the starches in them are hydrated (moisture goes in), puffing them up and helping the outer skin get nice and crisp. When these same fries cool, the starches secrete moisture, which makes its way to the fries‘ crust, leaving them soggy and limp.

What are in Mcdonald’s fries?

What happens when you soak potatoes in salt water?

What happens if you don’t Soak potatoes overnight?

Heat 3 to 4 inches oil in a heavy-bottomed pot over medium heat. Use a thermometer to ensure the temperature is correct: 325 degrees for French fries, 375 degrees for shoestring and basket-weave fries.

How long can potatoes sit in salt water before cooking?

Soaking the raw potatoes in salt water releases a lot of their moisture before cooking, so they can crisp up nicely in the oven without turning out overcooked.

Should I soak potatoes in salt water before frying?

If keeping potatoes in water for more than an hour, refrigerate. However, don’t soak them any longer than overnight—after that, the potatoes start to lose their structure and flavor.