This is a small, tiny plant that can grow easily in a variety of conditions, indoors, in your balcony as well. It even prefers light shade, so if there is no direct sunlight, it is still good. The plant works as a nice decorative touch of nature in your living room, near your windows, and can grow in small pots and cups too.

How to Grow Watercress without Soil? 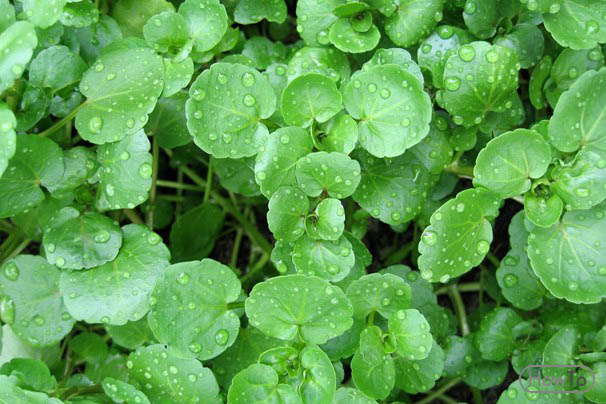 Growing plants without soil are called aquaponics, where the nutrients are directly absorbed through the water. Watercress needs nutrients and sunlight, where the soil is not a necessary component. In this video on YouTube, you can learn more about the same. Aquaponics is also called hydroponics. 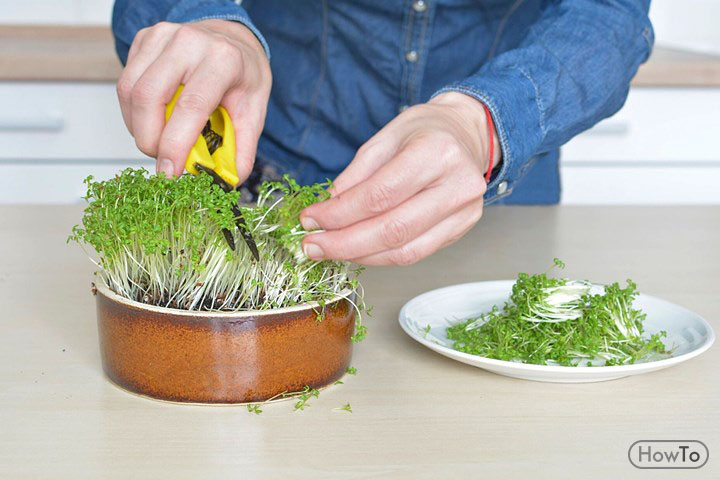 How to Grow Watercress in a Stream? 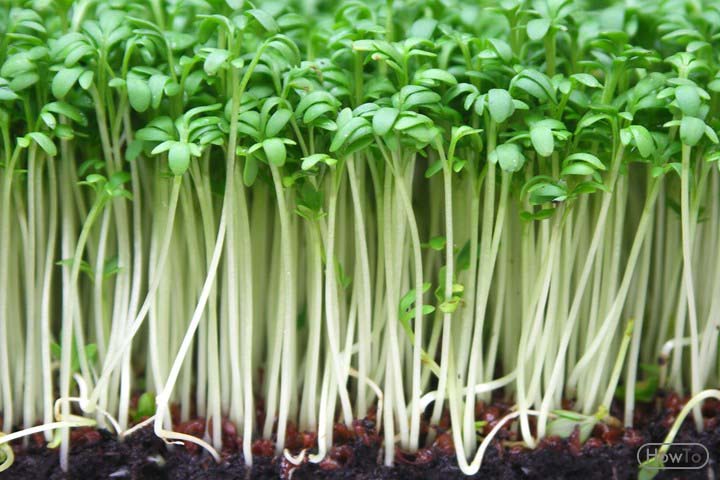 Sometimes, if there is a stream of running water, watercress can also grow submerged. It needs damp soil, water, and moisture all the time, and keeping it dry will kill the herb. Watercress must be permanently wet all the time, and this is the single mandatory requirement. Watercress seeds will also sprout even without light, but keeping it under sunlight or diffused light is a good idea. Do not keep it in complete darkness.

How to Grow Watercress in Fish Tanks? 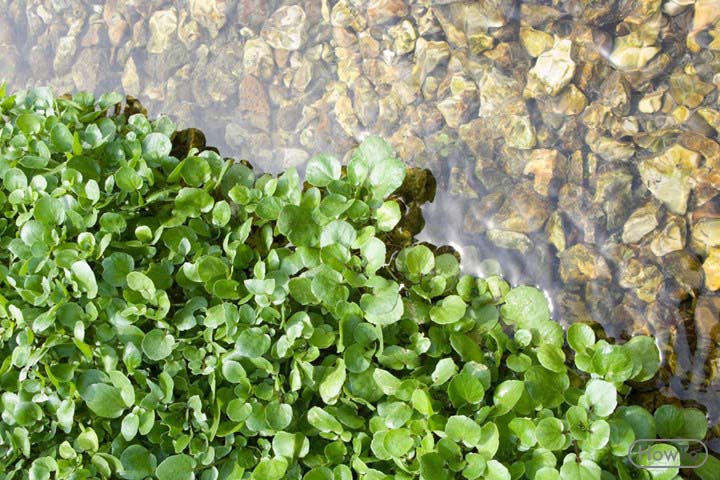 There are several varieties of aquatic plants, and they can grow while submerged in water completely. Many people like to decorate their ponds, and aquariums with such plants to give a good feel and prepare a nice habitat for the aquatic animals. Fishes like it with pebbles, plants and all. And, watercress is a nice addition to your fish tank, but it will need light to flourish, and if you leave your fish tank light on all the time, see that it allows for dark for at least 10 hours a day.

How Long does it Take to Grow Watercress from Seed? 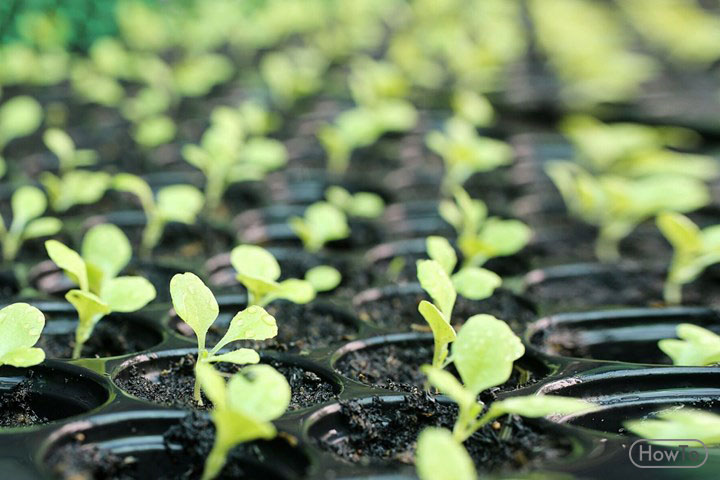 It takes just a matter of a couple of days for the seeds to sprout. When it comes to harvesting watercress, you don’t have to think twice. Just place the seeds, and it will germinate. It can take up to 15 to 20 days, for the herb to fully develop the shoots, roots, and leaves. But, the seed will have noticeable small leaves in just a couple of days. Keep it under a light source, to help with the germination.

Can You Grow Watercress from Cuttings? 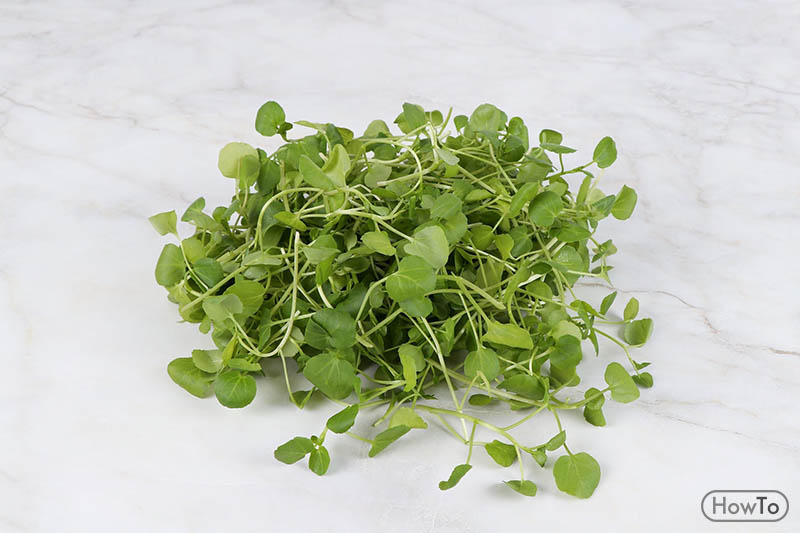 You can use stem cuttings to propagate the plant. Yes, the herb can grow from cuttings, and you can also transfer them from one place to another. For example, you can grow them in your fish tank, after germinating them in a cup. It does not need too much sunlight, and therefore can grow without any issues. It can also grow without soil, so using hydroponics nutrients mixture, you can grow them indoors. If you cut them, it can still grow from the roots, shoots, and nodes and branches.

Can You Grow Watercress Indoors?

Most definitely, the herb can grow inside and without any issues. If you have the required nutrients, little light, that is all.

Can I grow watercress at home?

Watercress (Nasturtium officinale) is a wonderfully tasty crop, hot and peppery, and very easy to grow at home. We grow watercress, very quickly and easily, in plastic plant pots. When to Sow, and Grow Watercress. Watercress can be sown, outdoors from March to August.

What is the best way to grow watercress?

In order to thrive, watercress must be kept permanently wet. It can grow submerged in water (as it does in a stream), but will do just as well in damp soil. The simplest way to achieve this is to sit your container in a deep saucer filled with water.

Does watercress grow back after cutting?

Start cutting the cress when it grows to 3 or 4 inches tall. If you cut the plant back to ½ inch, it will quickly regrow.

How do you grow watercress in a stream?

According to Plants for a Future, watercress grows best in slowly moving water: a shallow stream about 5 cm deep, with clean water with a pH of 7.2 is ideal. Watercress may also be grown in wet soil, however watercress grown with less water often has a spicier, less smooth flavor.

Water: Watercress is an aquatic plant that grows best in submerged or shallow moving water. In the garden, place potted plants in a bucket with 2 to 3 inches of water so the media stays wet and the roots are submerged under water. It is best to change the water once or twice a week.

What is a substitute for watercress?

Is watercress better than spinach?

Watercress scores a whopping 1000 on the scale putting it in joint first place with kale, right at the top of the crops and way ahead of blueberries, edamame, broccoli and spinach.

Which fruit is watercress?

Watercress is an often overlooked leafy green that packs a powerful nutrient punch. Its small, round leaves and edible stems have a peppery, slightly spicy flavor. Watercress is part of the Brassicaceae family of vegetables, which also includes kale, Brussels sprouts and cabbage ( 1 ).

A : The entire watercress plant is edible, including the flowers, although the roots are best discarded as they do not have a pleasant flavour. Watercress that is packed into a bag and sold in supermarkets is entirely edible.

Can you eat too much watercress?

Is watercress an invasive plant?

Does watercress have parasites?

Watercress is also distributed worldwide. It is usually considered an introduced species in North and South America, Australia, South Africa, and New Zealand. In the United States, it is listed by 46 states as noxious and invasive. It is widely cultivated and is the same watercress commonly used as a salad green.

Is watercress a Superfood?

People usually become infected by eating raw watercress or other water plants contaminated with immature parasite larvae. The young worms move through the intestinal wall, the abdominal cavity, and the liver tissue, into the bile ducts, where they develop into mature adult flukes that produce eggs.

What are the benefits of watercress?

Watercress, long known as a superfood because it packs large amounts of a wide variety of these important substances, with a score of 100.

Watercress is rich in vitamin A (via beta-carotene) and vitamin C, and a source of folate, calcium, iron and vitamin E. It also contains a variety of phytochemicals including glucosinolates, lutein, flavonoids and hydroxycinammic acids. Watercress has significant antioxidant activity in vitro.

What are the 3 foods to never eat?

Can I eat watercress everyday?

Extra sugar causes a surge in insulin, and high insulin levels cause your body to store fat rather than burn it.

Eating just one cup of watercress a day would help a person meet their daily requirement of vitamin K. Watercress is also a good source of calcium, which further supports bone development and strength.