How to Make a Pirate Hat out of a Newspaper

They say that happiness in this life is a choice, and we have no reason to disagree. It is good to let everyday count and try out new things. You only live once is a famous saying that encourages people to go an extra mile to make their lives worth living. Fashion is one area where you should never shy away from being creative.

You may want to try the pirate costume. This necessarily does not mean you will end up turning a pirate and cause problems at sea. However, one thing remains clear. Your pirate costume is never complete without a pirate hat. Well, by reading through this article, you will get in-depth knowledge on how to make a pirate hat. 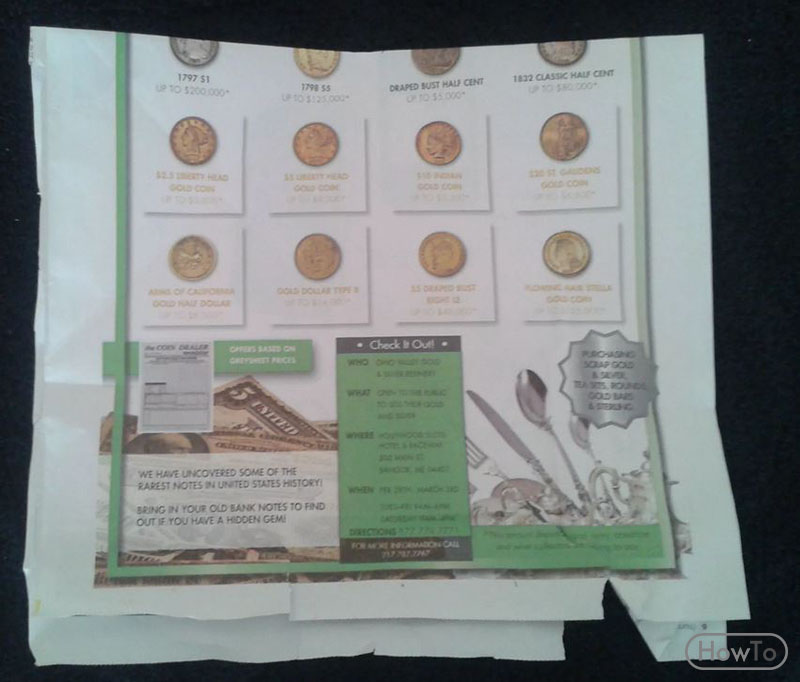 The good thing about making a pirate hat is that you don’t have to break your bank. Most of the materials required are readily available. Therefore, once you decide to make a pirate hat, here are the materials you will require;

These are materials you can get from your nearest stationery store.  Clear the working table and let the process of making a pirate hat roll. 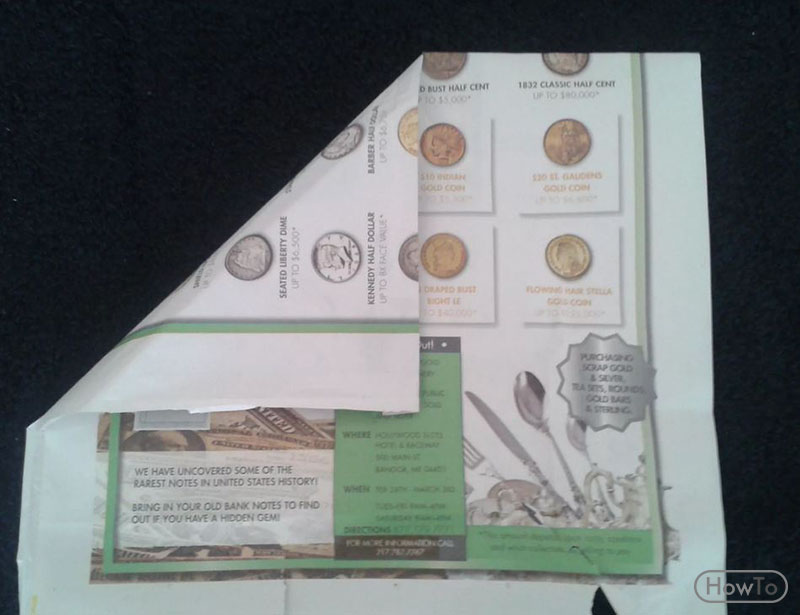 We recommend that you ensure you have enough working space. Avoid areas with disruptions so as to make the whole process effective. No one wants to end up wasting his/her time. In case you are showing young kids how to make a pirate hat, advise them to exercise a high degree of mannerism. This ensures they do not tamper with the items placed on the working table. Also, they can keenly follow the procedure and will be able to do it on their own when so required. 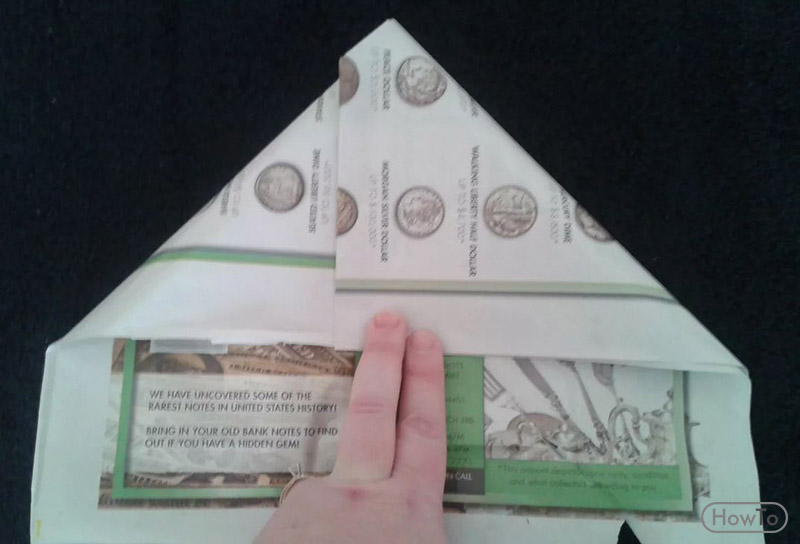 Before we give you all that entails in this step, it is important to let you note that this is where a lot of work is when it comes to crafting a pirate hat. Therefore, keenly pay more attention to this step. It will largely determine whether or not you are going to have a good pirate hat or not. Or whether your students will be thankful for your prowess in the whole procedure. Here is how you should work on the Newspaper; 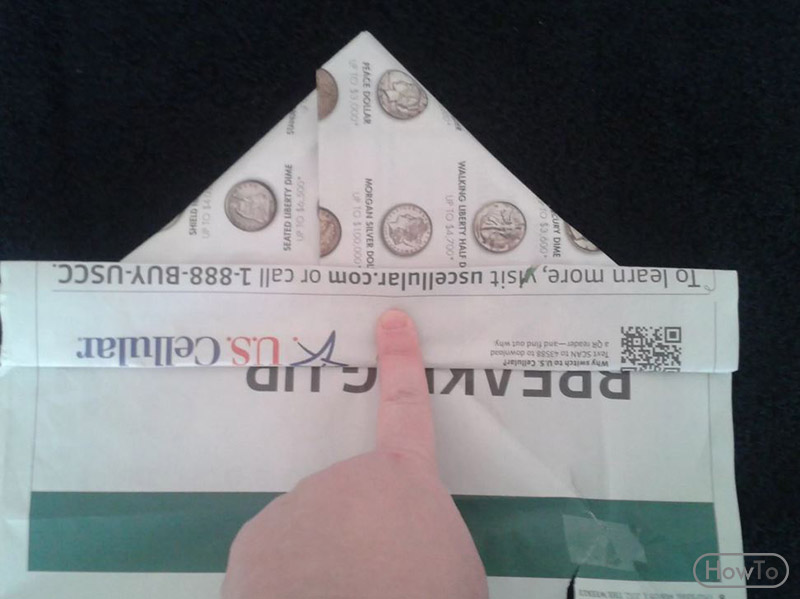 By this time, you can notice that your pirate hat is almost ready. But adding creativity to the hat won’t hurt. There is one decoration that we recommend it to you. Draw a skull and crossbones on the hat. If you are not good at drawing, then you can print out one and stick it on the hat. Also, you can draw a skull and crossbones on a piece of poster bone. After completion, transfer the design to the hat and glue it.

Now, your pirate hat is ready. Wear it and be proud to show it around to your friends. You can now start behaving like a pirate. Congratulations.

How to Make a Pirate Hat out of a Cardboard

We are determined to help come out with your pirate hat. It is for that reason we would like to give a couple of options to choose from. Now, under this subsection, we give you a step by step approach of making a pirate hat using cardboard. 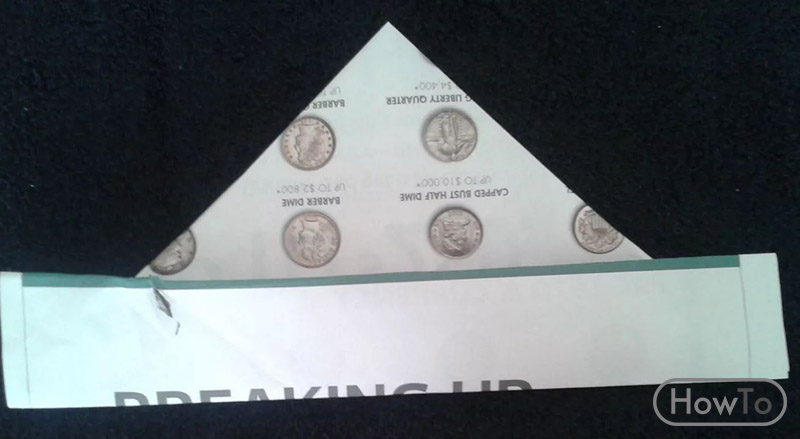 The materials needed are readily available, and hence it won’t be a challenge to find them. Here are the materials you are required to gather before you initiate the process.

Let someone measure your head. This will give you the circumference of your head. Add either 1cm or 2 cm to the measurement. After that, add 15cm to both sides so as to get the length of the hat. The sides of the hat should be 8cm high. When it comes to drawing the top of the pirate hat, just measure 21cm to the peak (the bungled part).

Using a sharp knife, cut out the pirate hat from the cardboard. Do it gently and be cautious so that you don’t hurt yourself or mess up the design. Do a copy of the hat by outlining the piece you have just cut out. Once you have completed, cut out the design. You will have two pirate hats.

Paint the two pieces using any paint of your choice, preferably black paint. After you paint the two pieces, leave them to dry. The amount it takes for the paint to dry will depend on the paint brand you use. Therefore, read through the instructions to know the duration it takes for the paint to dry.  To decorate your pirate hat, draw a skull and crossbones on one piece of the pirate hat. If you are not a fan of drawing, you can print out the image and use it as an outline. 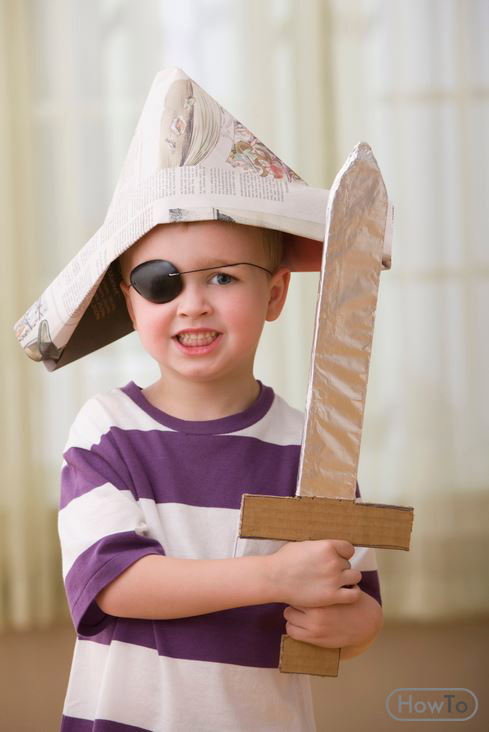 Ensure you can spot the markings of the measurement of the length of your head on both pieces. Use glue to join both pieces together. If you don’t trust your glue, you can use staplers instead.

Use your hands to join the two pieces. Wait for a few seconds for the glue to dry completely. Using your hands, pull the middle part apart, and then go round to ensure the pirate hat is in shape.

Now, you can wear your pirate and boast your creativity to your friends.

How do you make a pirate hat out of paper?

Fold both corners of the paper down.

How do you make a Pirates hat for kids?

How do you make a foam pirate hat?

What is a pirate captain hat called?

The tricorne or tricorn is a style of hat that was popular during the 18th century, falling out of style by 1800, though actually not called a “tricorne” until the mid-19th century.

At sea, the wide brim of the cavalier hat could be unwieldly, as a result, the sides and back were pinned up, forming three triangles. Officers’ hats seemed at this time first to have been a tricorne – or three-cornered – hat which was universal wear for gentlemen in the 1700s and beyond.

Why did Colonials wear triangle hats?

The tri-corner, however, had three sides of the brim turned up, either pinned or buttoned in place to form a triangle around the wearer’s head—“like a mince pie,” to quote the vernacular of the time. This style then allowed the wearer to show off his latest wig fashion underneath, and thus his social status.

What is a hat with three corners called?

Tricorn hats were the style of hat that men wore during the 18th century. Its name comes from the hat having three corners.

Why did men wear white wigs?

The concept of the powdered wig emerged in France the mid 17th century. King Louis XIII was the man first responsible for the trend, as he wore a wig (original called “periwig”) to cover his premature balding. To combat the unfortunate odor and unwanted parasites, the wig-wearer would “powder” his wig.

What does a cocked hat mean?

1 US : into a state of confusion, ruin, etc. The discovery has knocked/thrown all our old assumptions into a cocked hat. 2 British —used to say that one person or thing is much better than another The old design was good, but this new one knocks/beats it into a cocked hat.

What is a cocked hat position fix?

Usually, a fix is where two or more position lines intersect at any given time. If three position lines can be obtained, the resulting “cocked hat“, where the three lines do not intersect at the same point, but create a triangle, gives the navigator an indication of the accuracy.

What is a round hat called?

Berets have been an iconic style of hat for hundreds of years. While the modern beret has only been around since the 19th century, similar styles of hat to the beret can be seen as far back in history as the Bronze Age. The beret is a round, flat hat which is usually made from woven, hand-knit, or crocheted wool.

Are flat brim hats out of style?

Thanks to nearly every single 2020 Fashion Week runway, there are a ton of 2020 hat trends to try out—from major statements like cowboy hats and turbans to more low-key, wearable picks like berets and bucket hats. (Yes, I said bucket hats. They made it all the way to Fashion Week!

What are those trendy hats called?