Whether you’re new to pipes or you just want to ramp up your game, here are a few useful steps to smoking a pipe the right way.

Get to know your pipe 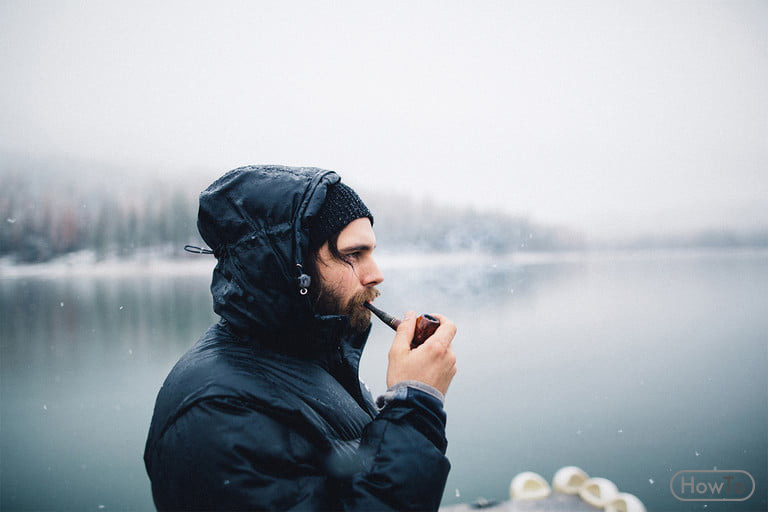 Pipes can range anywhere from simple briar models to artisanal ones made by renowned pipemakers and are sought after by serious pipe collectors.

No matter what the model, a smoking pipe consists of the bowl or the cup-like outer shell that’s being held when packing.

It also involves holding and smoking the pipe, the inner chamber that holds the tobacco, the draught hole where air travels in the chamber through the tobacco bringing the smoke with it to the shank.

Furthermore, it also includes the mortise and tenon located at the end of the shank that are two detachable parts connected by a hole where the mortise meets the tenon, the stem, the bit or mouthpiece, the lip and the bore.

Pipes can be made of different materials that mostly dictate their price. The more common tobacco pipes are made of corncob, meerschaum, briarwood, rosewood, pear wood or clay.

The pricier ones, on the other hand, are made of dense-grained woods like olive, cherry, mesquite, maple, bogwood and oak.

Pipes are usually classified according to their shape. Some of the most popular types and subtypes include:

Tobacco pipes are also categorized according to their finish, bowl material and other characteristics, which also determine their exclusivity and price.

So if you’re starting a collection, you can begin with the basic and cheaper models and work your way through the more expensive ones.

Shop for the basic supplies

If you have no experience with pipes or don’t own anything yet, we’ve compiled some of the basic supplies that you will need to smoke a pipe for the first time:

Break in your new pipe 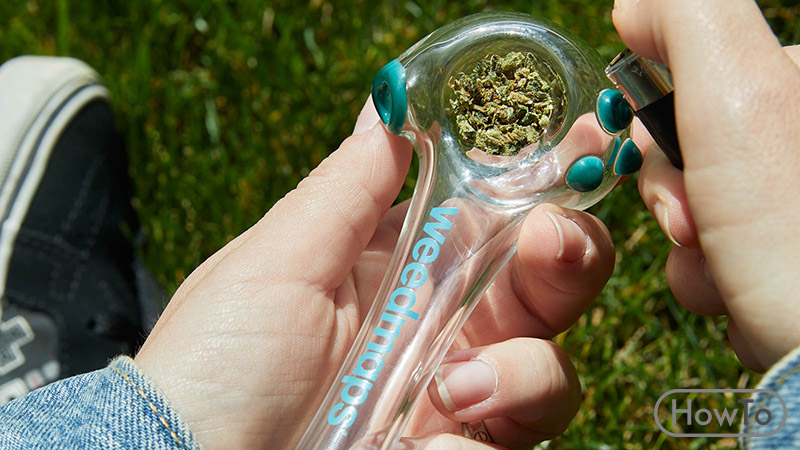 If you have a new pipe, it’s very important to break it in first before you could get to the real smoking part. Breaking in is as simple as smoking quarter full bowls and slowly increasing the portion of your tobacco each time.

This will allow you to build cake in your pipe or a consistent layer of carbonized tobacco deposit. This cake is important because it helps insulate your pipe and improve the flavor of your tobacco.

A full-bowl of an average pipe will usually last between 20 to 40 minutes depending on the technique. While there is no single rule for smoking a pipe, it’s very important to keep a few things in mind while smoking your pipe:

There will be times when the tobacco would go out, especially when you’re just a beginner. But re-lighting your pipe shouldn’t be that hard because you simply need to apply the flame above the tobacco and take a few puffs.

Never put the flame directly on the tobacco because it may cause it to burn too fast which will waste your experience.

On the other hand, if your pipe is already further down, you should dump the ash using your pipe tool before you can re-light the pipe. This will help you avoid that unpleasant bitter taste when you relight the pipe right away. 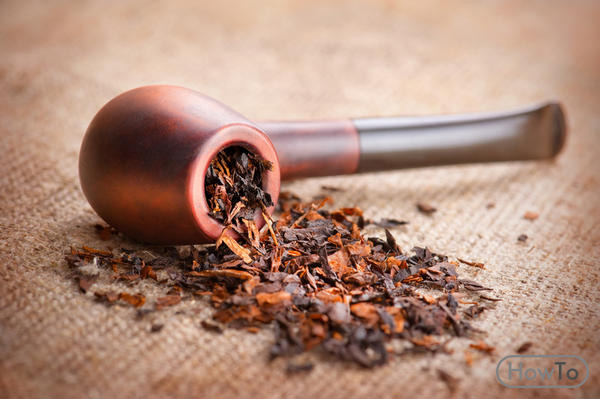 Once you’re used to smoking pipe, it will be easier for you to determine if the embers are about to go out so you can stoke it.

Stoking a pipe means pressing your index and middle fingers gently over the bowl as you take a few puffs. You can also use the pick of your pipe tool to do this.

After enjoying a good smoke, it’s time to clean your pipe by dumping its contents into the ashtray. If the leftover tobacco is already cool, you can simple tap the pipe into your hand so the leftovers will come out.

But if you’re outdoors, you have to use the sole of you shoe for the purpose.

Finally, while it’s not necessary to clean your pipe after every bowl, it’s considered good practice to use a pipe cleaner through the stem whenever you have the chance to. This will help remove any extra deposits on the pipe and keep it in good shape for a long time.

Are you supposed to inhale pipe smoke?

It is crucial that you do not inhale pipe smoke, in contrary to other smoking methods, such as cigarettes. Inhaling pipe smoke can be extremely uncomfortable, similar to smoking cigars.

How bad is smoking a pipe?

Why is pipe smoking so relaxing?

Although the risk of dying from tobacco-associated diseases is lower for pipe smokers than for cigarette smokers, pipe smoking is as harmful as, and perhaps more harmful than, cigar smoking. All tobacco products cause excessive morbidity and mortality.

Cigar or pipe smoking reduces life expectancy to a lesser extent than cigarette smoking. Both the number of cigarettes smoked and duration of smoking are strongly associated with mortality risk and the number of life‐years lost.

Conclusions Between pipe and cigarette smokers, no or only minor differences were found in mortality from any cause and the specified smoking-related diseases. Pipe smoking is not safer than cigarette smoking.

Do lungs recover after smoking?

Fortunately, your lungs are self-cleaning. They begin that process after you smoke your last cigarette. Your lungs are a remarkable organ system that, in some instances, have the ability to repair themselves over time. After quitting smoking, your lungs begin to slowly heal and regenerate.

Is it OK to smoke one cigar a week?

One cigar also contains 100 to 200 milligrams of nicotine, while a cigarette averages only about 8 milligrams. That extra nicotine may be why smoking just a few cigars a week is enough to trigger nicotine cravings. Cigar smokers are at greater risk for oral cancers.

Is 1 cigarette a day bad?

A study in the January 24 issue of The BMJ found that smoking even one cigarette a day carries significant health consequences, namely a higher risk of heart attack and stroke.

Is it bad to occasionally smoke a cigar?

Smoking more cigars each day or inhaling cigar smoke leads to more exposure and higher health risks. The health risks linked to occasional cigar smoking (less than daily) are less clear. Like cigarettes, cigars give off secondhand smoke, which is also dangerous.

Is Cigar better than cigarette?

Does smoking have any positive effects?

A variety of mechanisms for potentially beneficial effects of smoking have been proposed, but three predominate: the ‘anti-estrogenic effect‘ of smoking; alterations in prostaglandin production; and stimulation of nicotinic cholinergic receptors in the central nervous system.

What are the benefits of smoking cigars?

Why are Cuban cigars illegal?

Why Are Cigars Illegal in the US? The reason that Cuban cigars are illegal in the United States is down to the trade embargo that was put in place between the US and Cuba in February 1962. The embargo was established under John F. Kennedy’s leadership, and it put a stop to all imports from Cuba.

Do Cuban cigars get you high?

As for the original question: no, cigars (and tobacco in general) cannot get you high. Cuban cigars is the same as Bordeaux reds – a kind of reference.

Do Cuban cigars have coke in them?

No, Cuban cigars do not have coke in them. The other thing that makes Cuban cigars special is the climate and soil where they’re grown; Cuba is perfect for growing cigars that taste great. People who get a buzz from smoking a Cuban probably aren’t just used to that much nicotine at one time.

What happens if you get caught with Cuban cigars?

Current law says the penalty for importing Cuban cigars is up to $250,000 in fines and up to 10 years in prison. Under the new rules, travelers to Cuba can bring back $400 worth of goods, only $100 of which can be cigars and alcohol. Nothing if you got them on a trip and brought them back.