If you’re a music lover, it is a dream come true if you can sing and, at the same time, can compose your song lyrics. Successful artists and song composers make a great amount of money by releasing hit records that everyone constantly sings.

If you’re planning to start a music career soon by being a song composer, here are a few steps to learn how to start a song. 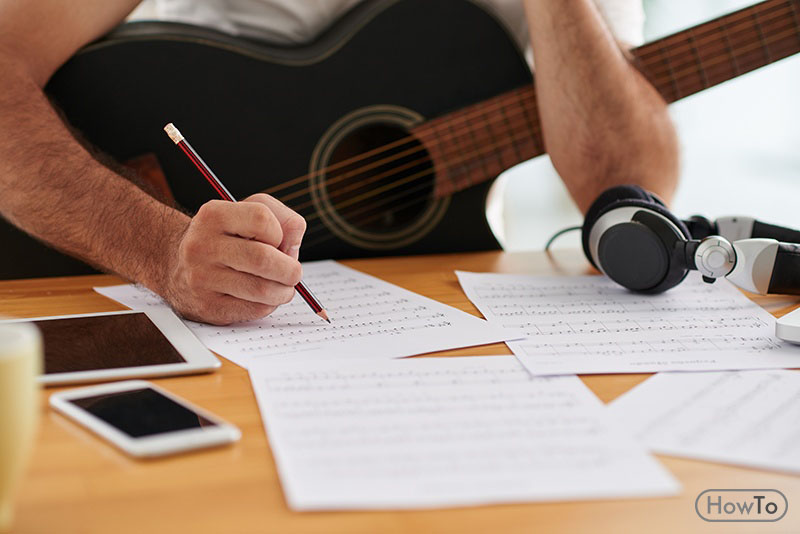 It’s easier to start or compose a song if you already have your song title ready. Observe how most of the famous songs are entitled and how it got the listener’s attention. This will give you an idea of how to come up with a catchy title. Having a title ready will help you stick on a single idea to start with your song lyrics. Make your title short but sweet so that it will make an impact on your listeners.

For example, if your song was entitled “Smile Like a Sunshine,” you can list down questions like how does this title make you feel, who does it remind you the most, what experience you can remember or what story you can come up with. Work on these questions and try to answer all of them. Make sure that it’s something that your audience can relate into. Do not focus on meaningless and empty titles. This will give you a hard time on making a story out of the song. 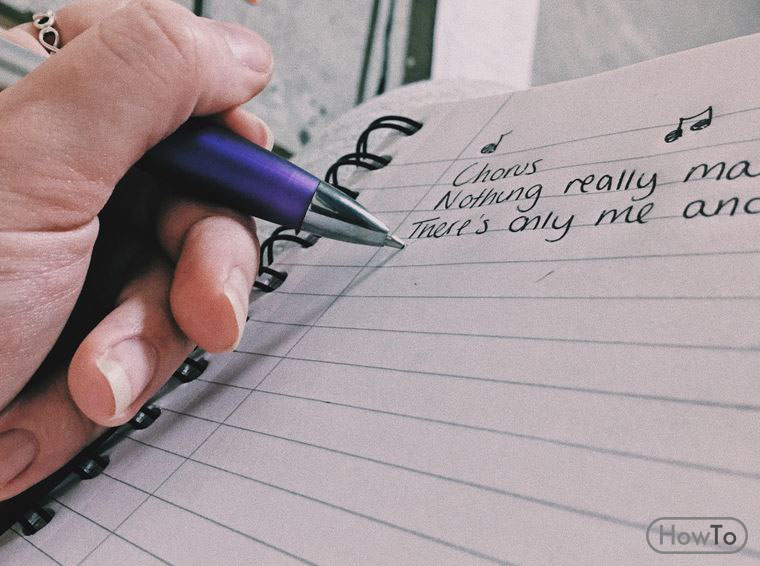 The most common song structure usually begins with a first verse-chorus – second verse – chorus – bridge – chorus. You can start with this guide or make it unique on your own. Other song structures have a pre-chorus and lift that you might want to add in. If this is your first time, start making the story of the song simpler and easy to sustain. The first verse has to start strong until the end of the song structure so you will keep your audience engaged for the whole duration.

Now that you have your title, lyric ideas, and strong structure, it’s time to do the actual work. A well written and meaningful song lyrics make up the whole point of the song. The lyrics can be a storytelling or poem style. Ideally, it’s good to rhyme the lyrics so it will all look uniform. To make it easier, you can start by mirroring how you write poems. It’s short, but it rhymes well while maintaining the song’s story and concept. But in today’s generation, anything with or without rhyme can work as long as you keep them engaged. 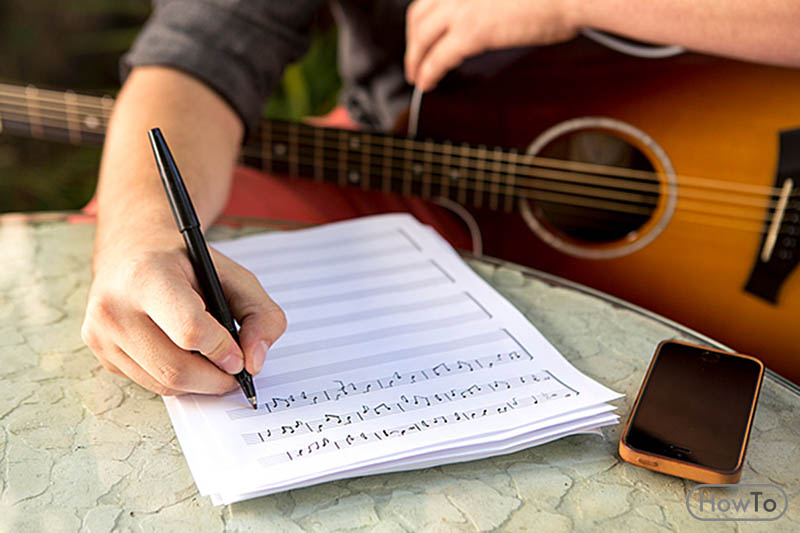 It’s a plus point if you can play any musical instrument. It will be easier for you to compose a melody that fits perfectly with the song. If you don’t have a knack for composing a melody, call a friend for help – someone who’s good at playing instruments or making melodies. Learn from that person, and perhaps one day, you can compose your melody. Pick a melody that’s easy to hear and catchy at the same time. It should portray a specific emotion that every listener can relate to. If you’re the one singing the song, observe proper diction, and sing from the heart. The audience will feel the song and will find it remarkable to listen over and over again.

As a first-time song composer, the chord structure need not be grand or flashy. A simple and repetitive chord pattern can do its magic. Just like other hit songs, most of their chord patterns are simple and easy to memorize. Make sure that it sustains the impact from the beginning until the end of the song. 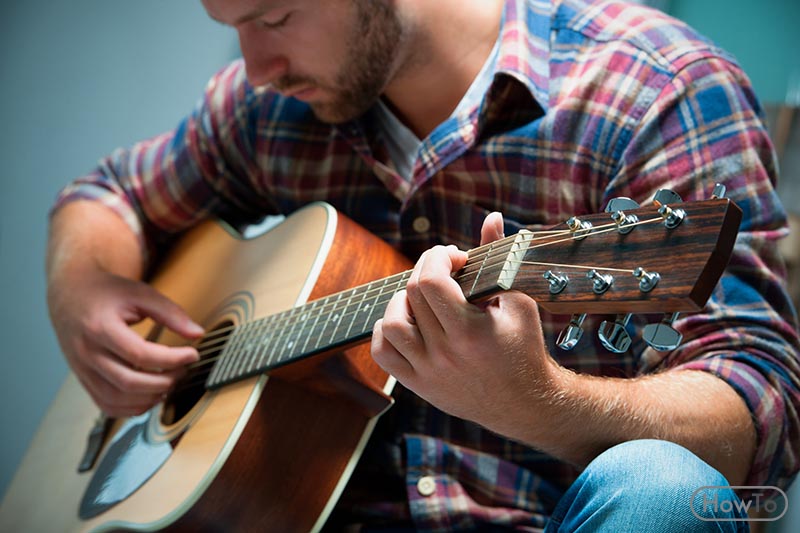 Once you’re done with the whole song, pick a selected batch of listeners to test your song. Do a survey by asking them how they like their song. If they loved it, then great! If not, take note of all the reasons and try tweaking the song. Don’t feel bad if someone doesn’t like it. It’s okay as long as you’re open to improvements and growing your craft.

A simple piano or guitar accompaniment can work some wonders for your recording. Especially if the song is more on the emotional side. If you’re recording a rock song, try doing an unplugged version. During your first try, you don’t need to bring the whole band to record. Make sure that you’ve practiced the song and the chords before recording to make sure that everything’s perfect.

How do you write a song in 5 minutes?

How can I create my own song?

How can I make a song happy?

While there are many ways to weave emotion into music, two of the simplest are tempo and key. Happy tunes mostly have fast tempos and major keys. Sad songs often have slow tempos and minor keys.

How do you write a fun song?

Feel-good songs are as popular as ever and there are tools that can help contribute to a song being “fun.” Nonsense syllables; quirky rhythms; lyrics that address topics such as dancing, enjoying life, and being happy; melodic and rhythmic repetition; group vocals; and easy-to-sing melodies can be the ticket not only

Why do some minor songs sound happy?

The reason we believe songs in minor sound “sadder” and songs in major sound “happier” is because our ears were conditioned this way. Most of the music we have been listening to since we were babies align with the major = happy and minor = sad formula.

What makes a song pop?

They have a good rhythm, a catchy melody, and are easy to remember and sing along to. They usually have a chorus that’s repeated several times and two or more verses. Most pop songs are between two and five minutes long, and the lyrics are usually about the joys and problems of love and relationships.

What chords do most pop songs use?

C major and G major, along with their relative minor counterparts A minor and E minor, are often considered the best key and scales for Pop music. You can use Major or Minor scales. However, if you want the song to have a happy or upbeat feeling, then the Major scale is best.

What is the pop song formula?

Pop songs (generally) stay in one key, are in 4/4 time, last between three and five minutes, are organized into chunks of four or eight bars, have a repeating chorus played two to four times, include the title sung at least three times, and feature short melodic fragments that repeat a lot to help everyone to remember

These are the tips that will help you write the most popular songs of 2020!

What makes a song a number 1 hit?

In 2010 a number one single usually sold around 100,000 copies per week; sales of around 30,000 were often sufficient to reach the top ten, and a single selling over 6,000 copies could make the top forty.

What makes a pop song successful?

An artist was deemed a superstar if he or she had a song on the charts in the previous five years. In a given year, somewhere between one-half and two-thirds of successful songs were from superstar artists. That compared with no more than 2% of songs in the larger pool that didn’t make the charts.

How do you make a hit pop song?

Write a first verse lyric that introduces listeners to the singer or the situation. End your verse on a line that leads the listener into your chorus. Use your most emotional or strongest lyric line to start your chorus. Play your chorus chords and sing the lyric as your work up a melody.

Why are pop songs so catchy?

By their nature, pop songs are those which have mass appeal. Now, scientists say they have pinpointed what makes some tunes so catchy. Pop songs combine elements of uncertainty and surprise, according to a study published in the journal Current Biology.

How do you know if a song is a hit?

A hit song is a song that is actually getting Billboard placement and people are buying it. People buying the song is what makes it a hit. So if your song is not commercially able to spread to the masses where they would want to purchase it… well then you do not have a hit song.

What is the number 1 song in the world?

As of the issue for the week ending on July 3, 2021, the Billboard Hot 100 has had 1,125 different number one entries. The chart’s current number-one song is “Butter” by BTS.