Sometimes your car alarm going off randomly can be a big irritant. There are times when the alarm if accidentally switched on would just not stop but for manual intervention. In addition, if it malfunctions it can be a huge nuisance.

What is Car Alarm? 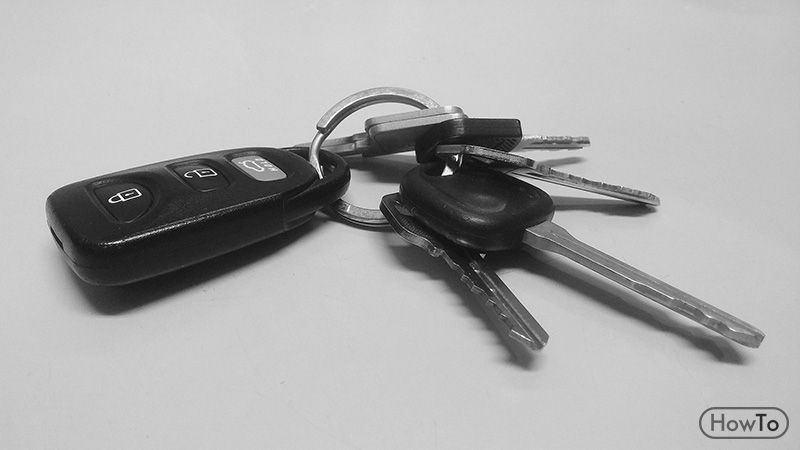 Car alarm – a mechanical device installed in cars to prevent theft. In other words, it mitigates the risk of a car getting stolen or broken into. The car alarm works on a system of sensors detecting any vibration or movement of the car. In addition, it comes with a controller that can manually switch on and switch off the alarm. On activation, the car alarm sets off a loud noise on the detection of any vibration or movement alerting people in its vicinity.

How does a Car Alarm Work?

A car alarm comprises a computer, sensor, key code, and a loudspeaker. The sensor and the alarm’s computer are connected. Therefore, such alarms are very sensitive and immediate in their response. In addition, the owner of the car can set a key code to activate it and switch it off. Typically a car alarm works on the science of sound vibrations. For instance, once the alarm system has been activated in a car, the sensor sets off a chain command to the computer and the loudspeaker each time it detects vibration or movement in a car that has its ignition off. The sensors work when the engine is switched off.

Why do I Need a Car Alarm?

Car alarms prevent car theft. In today’s time with car thefts on the rise, they are an essential tool that acts as a deterrent for thieves. In addition, since they sense even slight vibrations, any attempt to break into the car can get easily detected. Data collected across countries has shown a decline in car thefts in economies that encourage installing these devices in new cars. Thefts and burglaries in cars with alarms have seen a steady decline. See here for video details.

How to Stop Car Alarm? 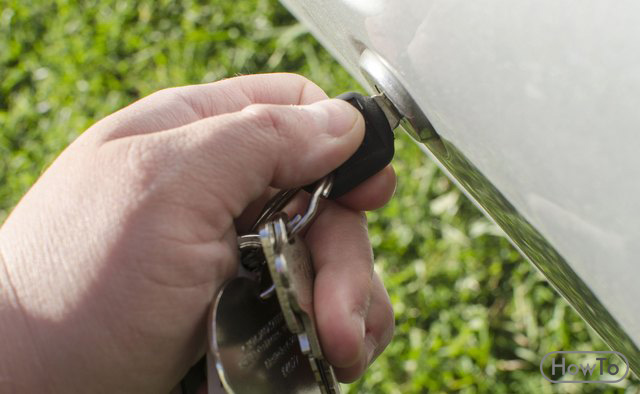 When car alarms don’t function properly, they can be a nuisance and an embarrassment. Therefore, if your car alarm is malfunctioning it is important to know how to shut it off.

Lock and Unlock the Driver’s Door

Many alarms read correctly the right key inserted in its close proximity. Therefore, if you have a car alarm that refuses to shut off, just insert your original key either in the driver’s door or the engine, in case you are inside the car. The sensor of the alarm will read the key and switch off automatically.

Lock and Unlock the Door with Alarm Fob

Locking and unlocking the car doors with the alarm fob will send a signal to the sensor that the car is in the right hands. In case the alarm still does not go off, there is a possibility that the car alarm may be malfunctioning or its batteries may have worn out. Therefore, such a situation will require the intervention of a mechanic.

Start the Engine of the Car

With car alarms designed to prevent theft, starting the engine with the ignition key sends the signal to the sensor of the alarm that the correct key has been inserted. This will, in turn, switch off the alarm.

If your car alarm is malfunctioning, best to remove the fuse of the alarm from the fuse box in the car. This will completely deactivate the alarm until a car engineer has either repaired it or replaced it.

How do I Adjust the Sensitivity of My Car Alarm? 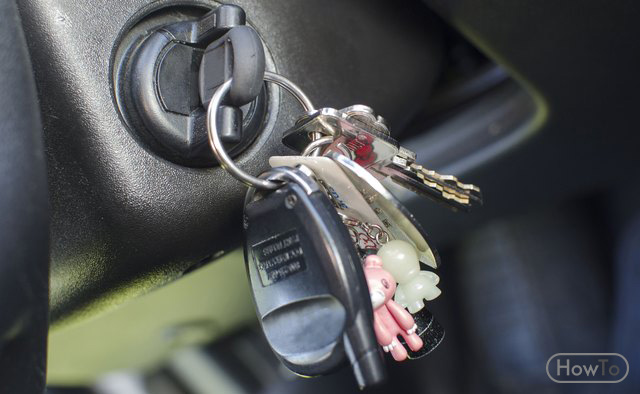 Adjust the dial on the sensor of the alarm to control its sensitivity. Once you are able to locate it, you can adjust it by moving the dial to the required level.

Finally, Some Tips on how to Stop Car Alarm

How do you disable a car alarm?

Ways to stop a car alarm without a keyfob

How do you stop a car alarm siren?

Why won’t my car alarm stop going off?

How can I turn my car alarm off without the key?

How do you turn off a car alarm without the key?

Can you disable a car alarm permanently?

If you‘re wondering can you disable a car alarm permanently, the answer is yes, of course. You should just unlock the door, start the car, remove the fuse, or detach the car battery.

What triggers a car alarm to go off?

The most common form of sensor found in car alarm systems are shock or vibration sensors that detect when someone or something is attempting to move or gain access to the vehicle. The movement then triggers the alarm. As a result, these sensors can typically be adjusted for sensitivity to reduce false alarms.

Can you call the cops if a car alarm keeps going off?

You can call the police and report a noise violation.

For example, the California Vehicle Code states that a police officer may tow a vehicle if the alarm system continues for 20 minutes. If you call enough times — or have the car towed — your neighbor might be convinced to change alarms.

Why does car alarm go off at night?

Can a low battery cause a car alarm to go off?

Being among the most common reasons a car might break down, a dying battery can be the culprit behind your alarm turning on at random times. If your battery is low on power, then the alarm will go off whenever you turn on your car. Think of it as the car letting you know that it’s time to replace it.

How do I reset my car alarm after changing the battery?

Car alarms rely on the electronic component of the vehicle, and disconnecting the battery should both silence the siren and reset your alarm. Open up the hood, locate the battery, and with a wrench, remove the negative terminal. Then reconnect it after a minute has passed.

How do you reset a car alarm kill switch?

If it has a “switch” turn it to the “on” position. Hold the black button down and press the gas pedal at the same time while the key turned to the on position in the ignition. Hold until you hear fast beeps indicating the alarm has been reset.

How do you fix a faulty car alarm?

There are many ways to do this:

Why does my car alarm light stay on?

On your particular vehicle the security light staying on as the vehicle is running is an indication that the security system has failed and is disabled. It is common for a security light to come on after battery dies because the computer may lose its programming to the key.

How do you program a car door remote?

How do you program a universal remote to your car?

“Many of these less advanced fobs can be programmed by a local mechanic, an automotive locksmith, or the customer.” We found that retailers including Amazon.com, Walmart.com, and KeylessOption.com offer numerous low-cost remotes.

What is a universal remote transmitter?

An electronic device integrated into a key or key fob that controls a vehicles remote-operated accessories.