Ceiling fans are the most essential part of our home. Some of the places which experience only winters might not be having ceiling fans but other places with hot climates cannot imagine their life without ceiling fans. It is the most effective way to keep the surroundings cool. Now, here the question arises that can we take down a ceiling fan?

How do You Take Down a Ceiling Fan? 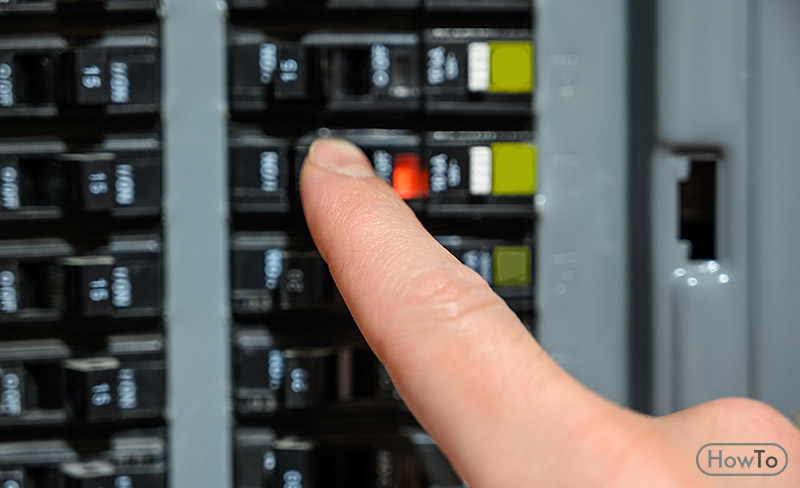 Well, the answer to the above question is yes. Sometimes, we need to take them out. There are so many reasons to do so. It might be because of the outdated fashion, for cleaning, maintenance, functioning issues, etc. So it becomes necessary to take down a ceiling fan.

Let’s look at the process of ‘How to Take Down a Ceiling Fan?’

There are certain steps that we have to follow to take down the ceiling fan. The step-by-step procedure is as follows.

· Switch off the Power Supply 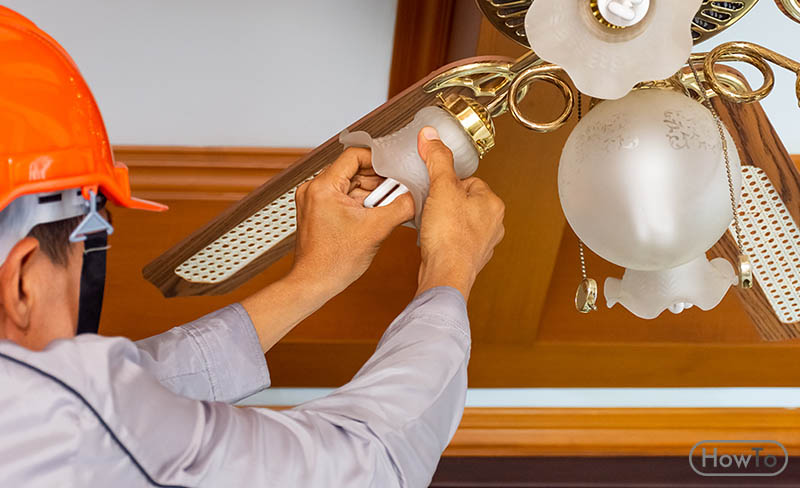 In the very first step, we need to switch off the power supply.

· Detach the Globe and Light Bulb 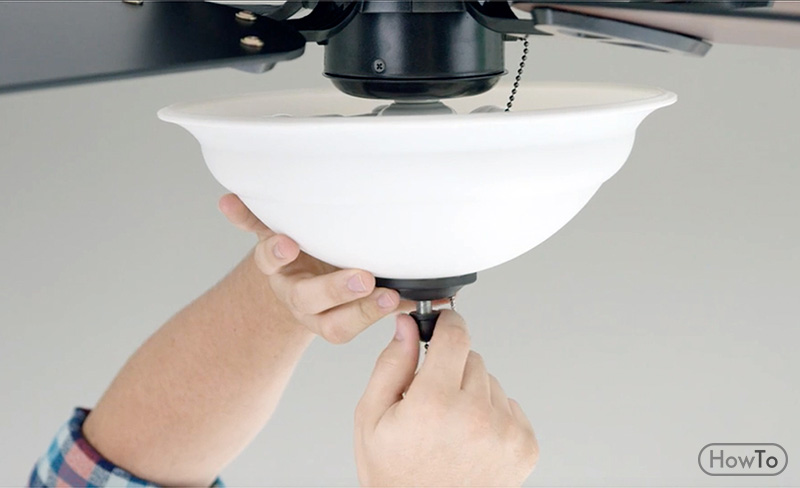 Then we have to loosen the screws of the globe and separate the globe from the fan. Also, we have to detach the light bulb inside it. If you have a normal ceiling fan, then you can ignore this step. 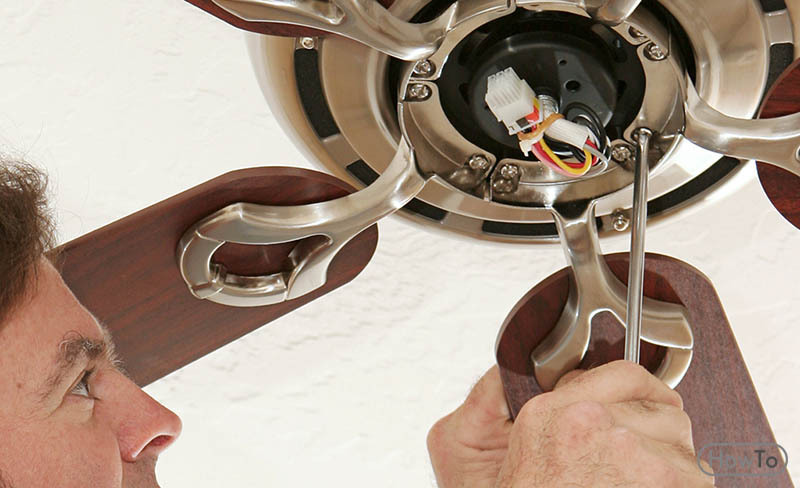 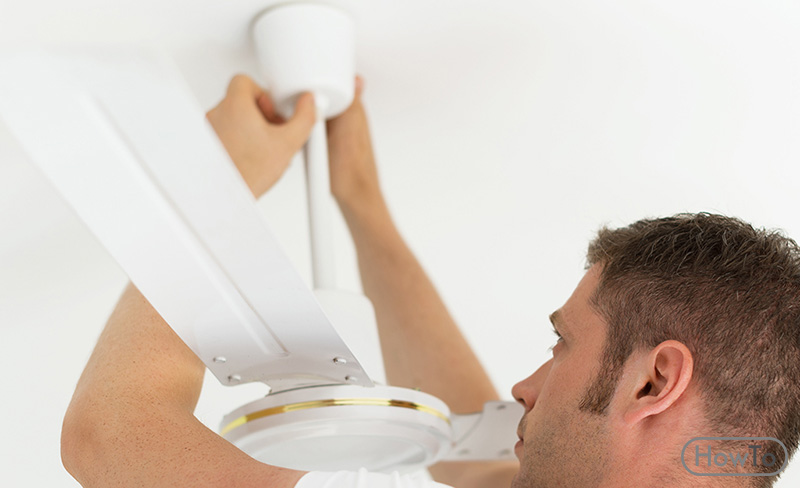 Now, we have to unscrew the holding blades of the fan, you can use the drill in reverse for removing the blades of the ceiling fan. 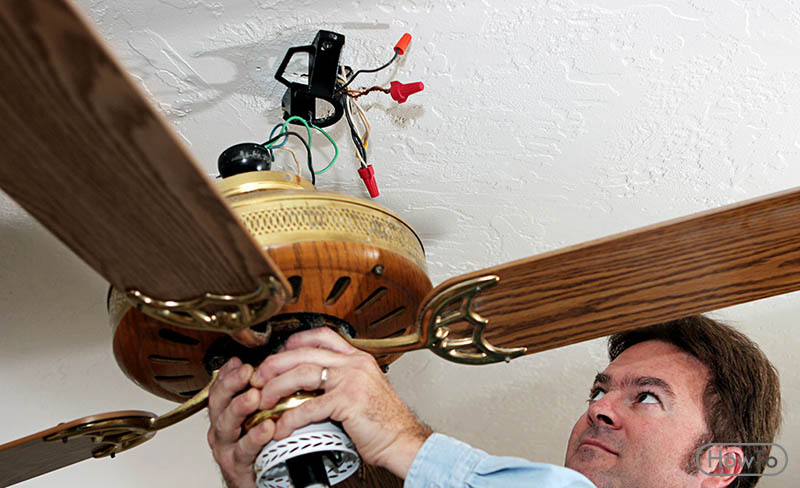 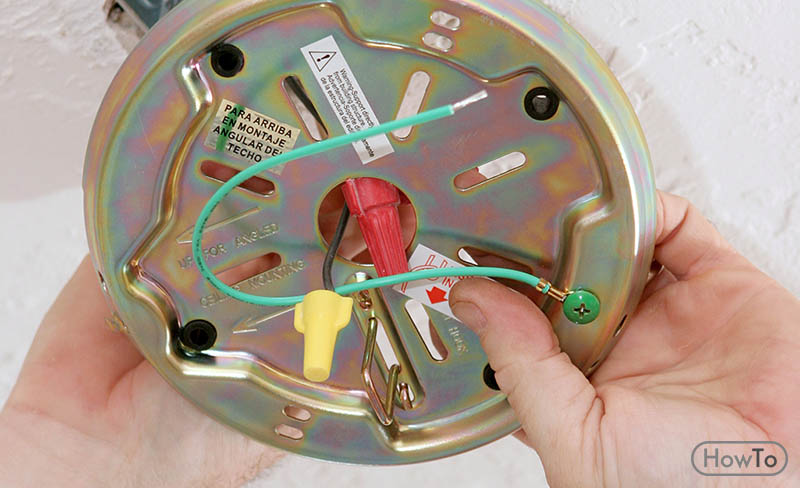 If any wires are coming out from the bottom of the motor then we need to trace them back. We have to un-wrap the caps in a counter-clockwise direction until the separation of wires. Now, remove the motor and cover all the wires with the ceiling using black electrical tape. This is how you take down the motor of a ceiling fan.

And this is how you take down the ceiling fan.

How to Take Down a Ceiling Fan with a Down Rod? 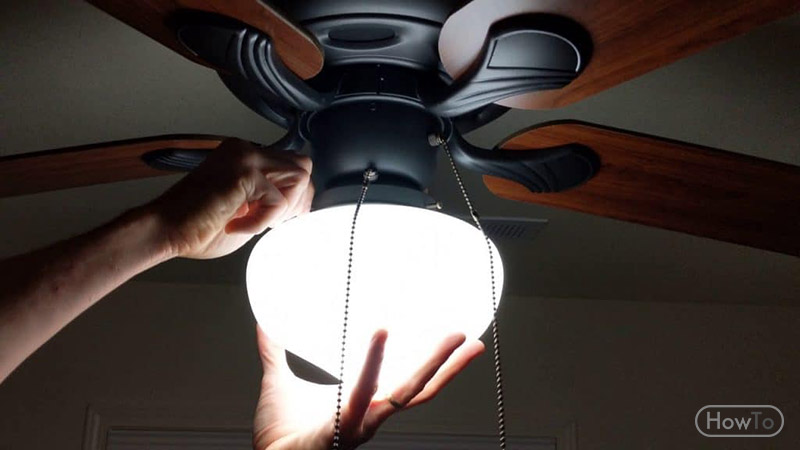 Well, the initial steps are quite similar to taking down the ceiling fan. So, it might be easy for you to understand. The steps to take down a ceiling fan with a down rod are as follows, 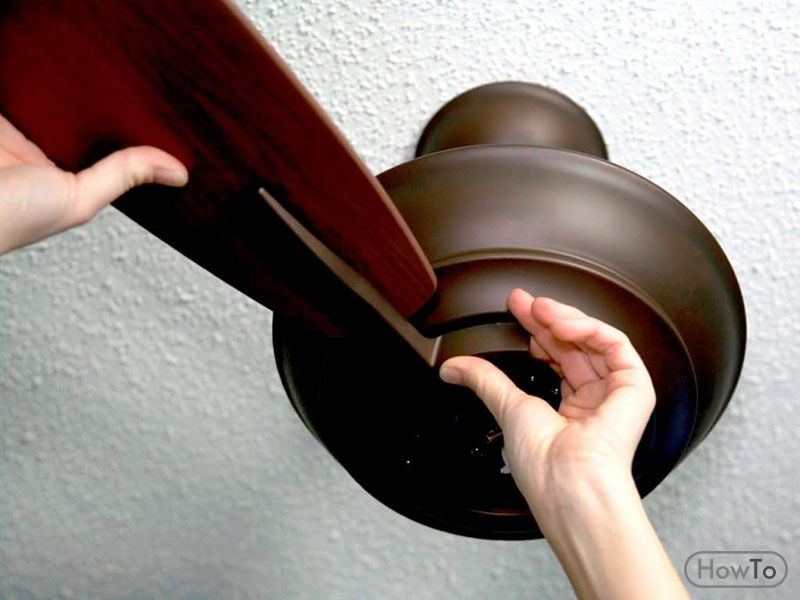 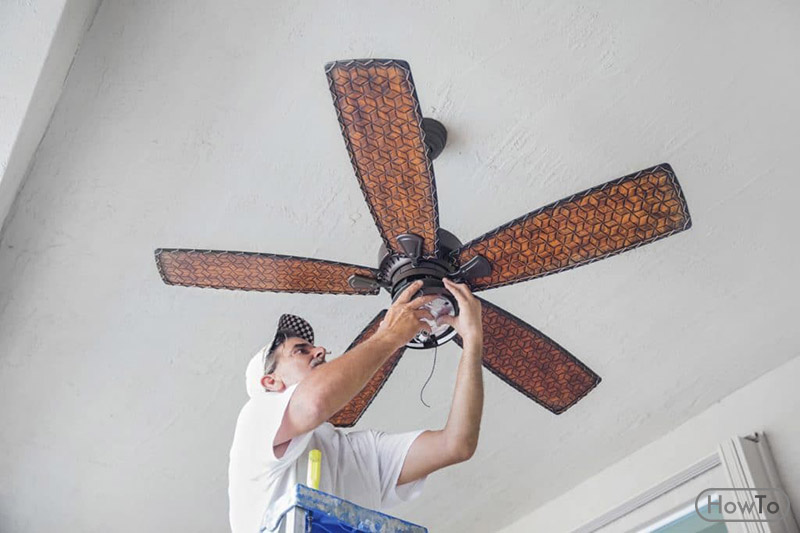 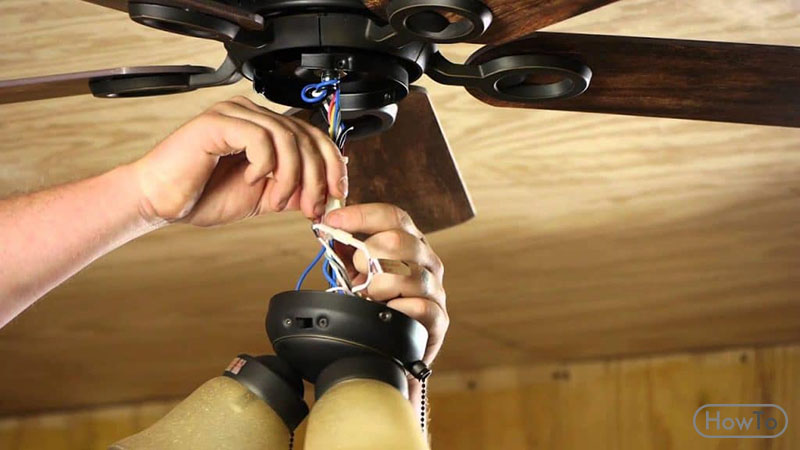 This is how we take down the ceiling fan with a down rod.

How to Take Down a Hunter Ceiling Fan?

Hunter ceiling fans are in trend these days. But due to some reason, we are required to remove them. So here are the steps that will lead you to take down a hunter ceiling fan.

Initial steps are similar to the steps involved in how to take down a ceiling fan, and then visit that section for brief information. So, here we go.

So, we are done with how to take down the hunter ceiling fan. Let’s move towards the next section.

How to Get a Ceiling Fan Replaced with Light Fixture? 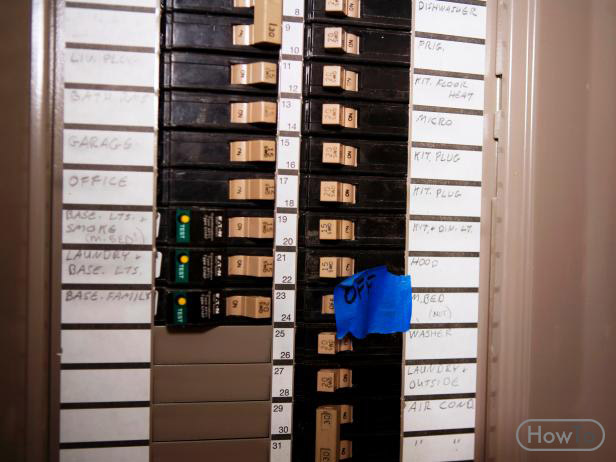 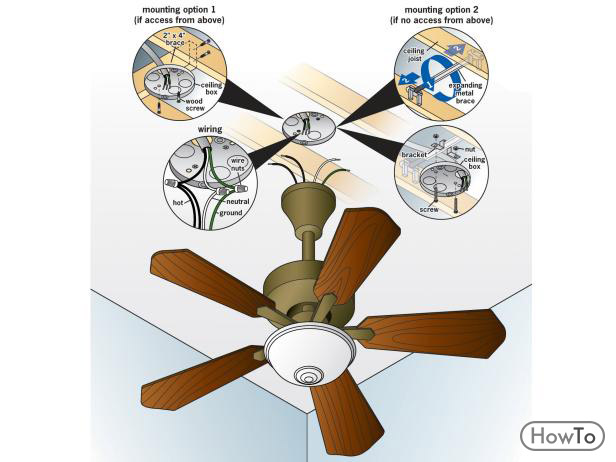 · Install the Mounting Bracket to the Electrical Box 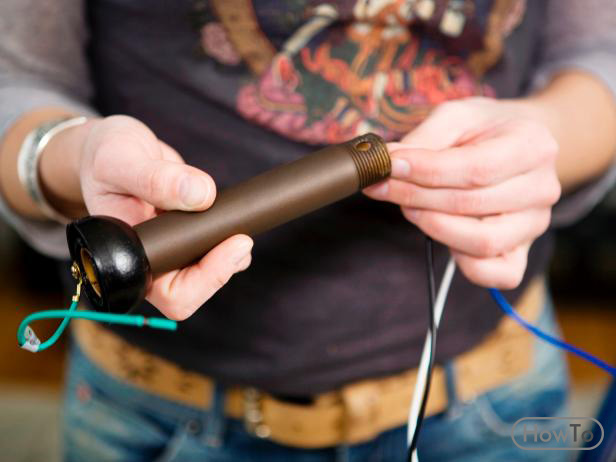 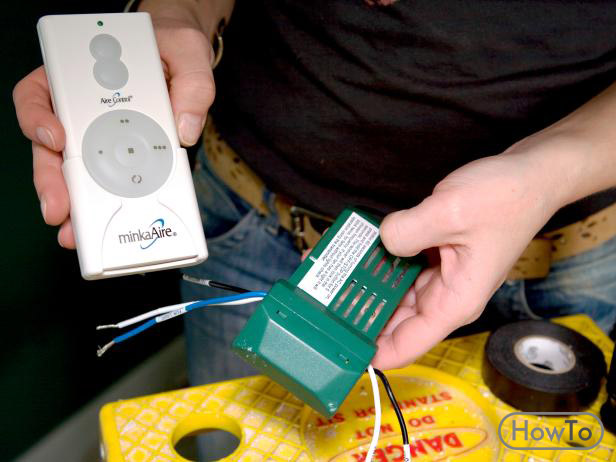 After that strip, the wire’s ends of the light fixture till the bare wire are exposed. Now, take the light fixture to the electrical box and connect them through wiring. We need to combine the bare wire of whites and blacks wiring. If the wires are not in black and white color then go through the instruction manual and make the connections accordingly.

In some cases, there is no ground wire but they consist of a green screw attached to the mounting bracket. Then, in this case, we need to connect the ground wire to the screw. 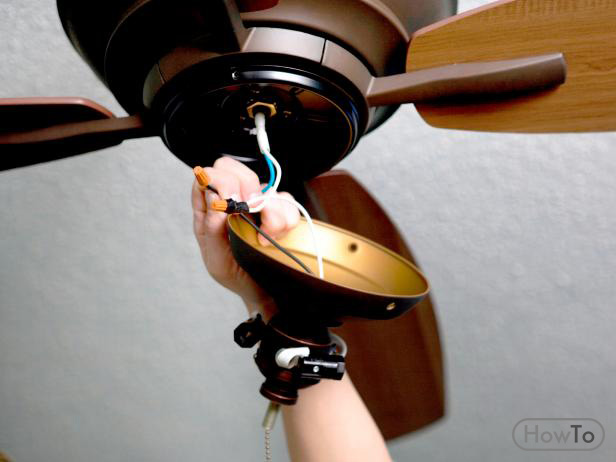 Now, screw on the wire nuts over the twisted bare ends of wires. Tighten the nuts in the clockwise direction and make sure not too overly tight. This may lead to the loose connection which is risky. 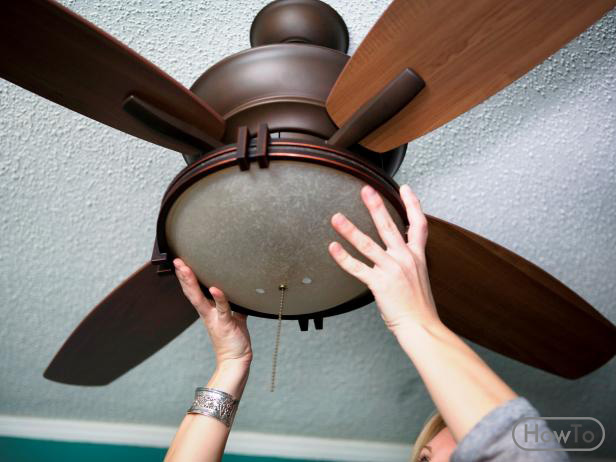 After this, tuck all the wires back to the electrical box. And lift the fixture’s base into the position. Now, tighten the mounting screws until they are completely fixed to the base.

Install the bulbs and after that install the light shade or cover. Turn on the circuit breaker and test the light. 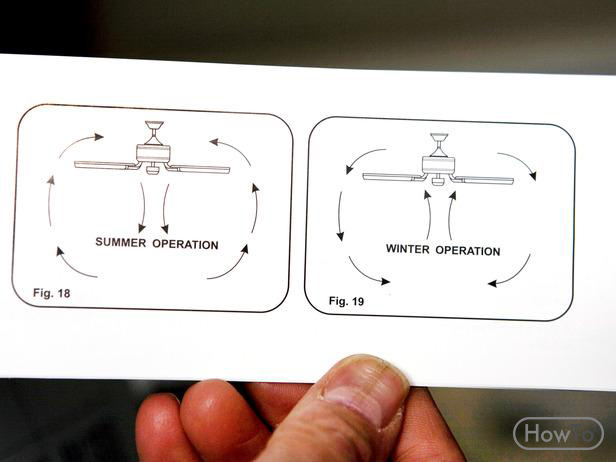 How to Install a Ceiling Fan? 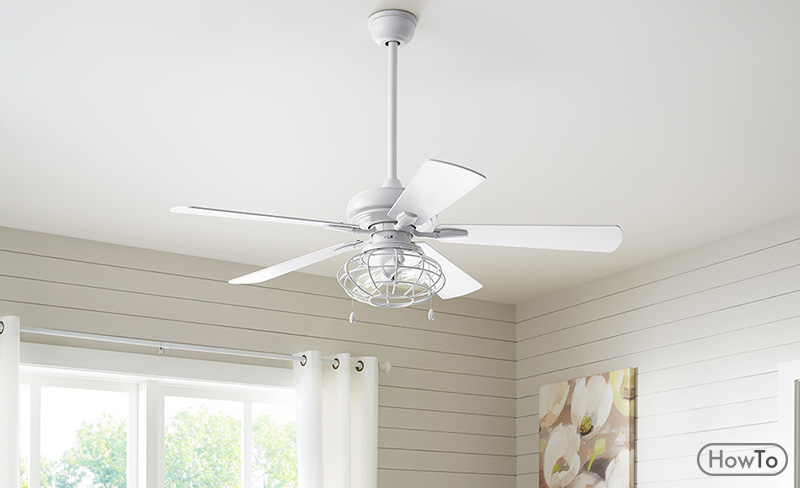 After discussing much taking down a ceiling fan, finally, we are here and we will see how to install a ceiling fan. Let’s begin with the procedure. 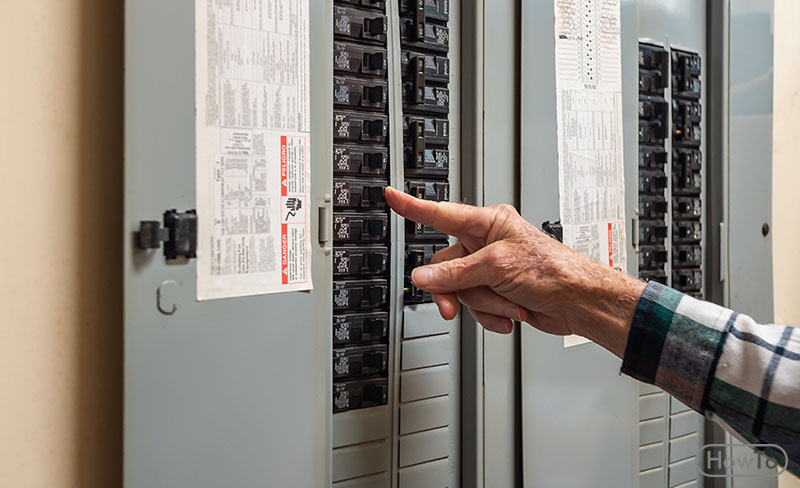 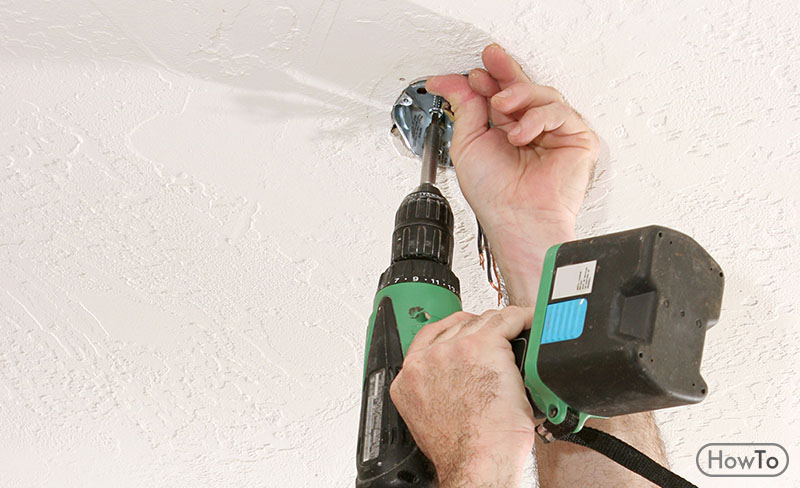 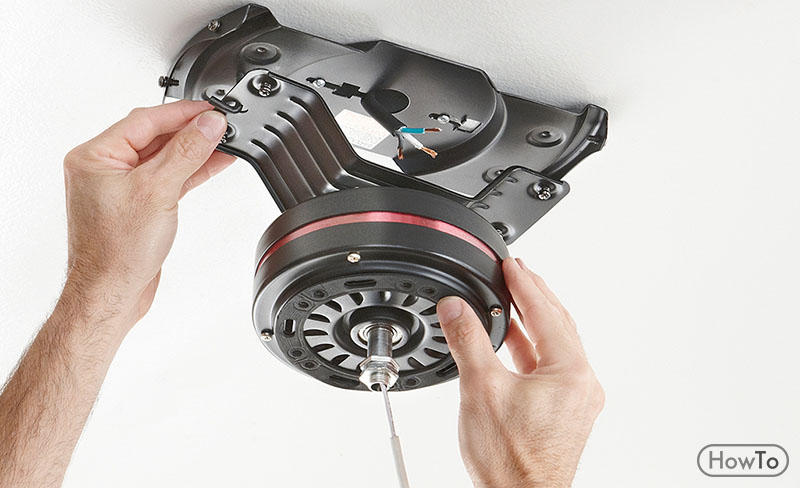 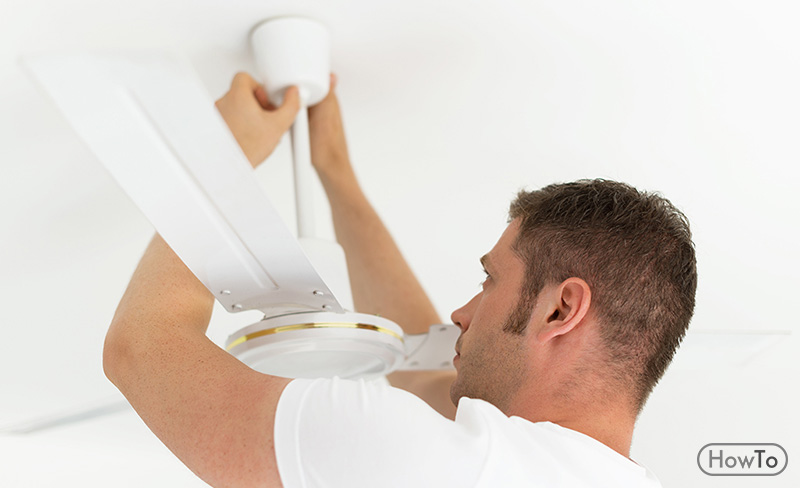 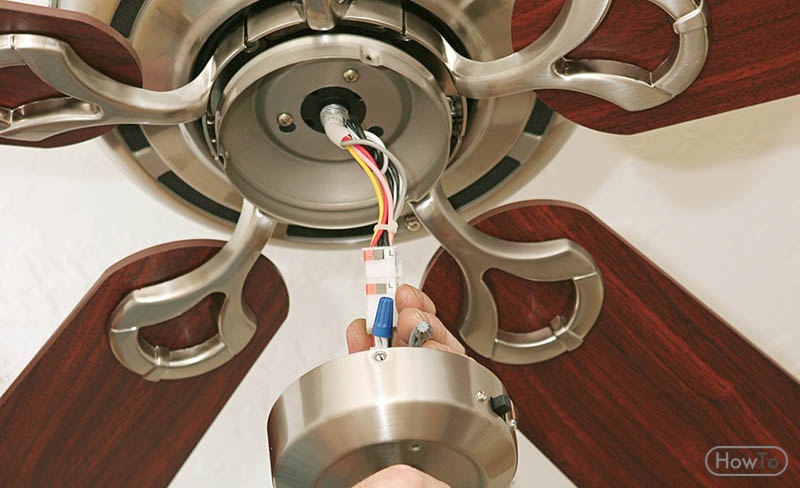 So, these are the steps of how to install the ceiling fan. 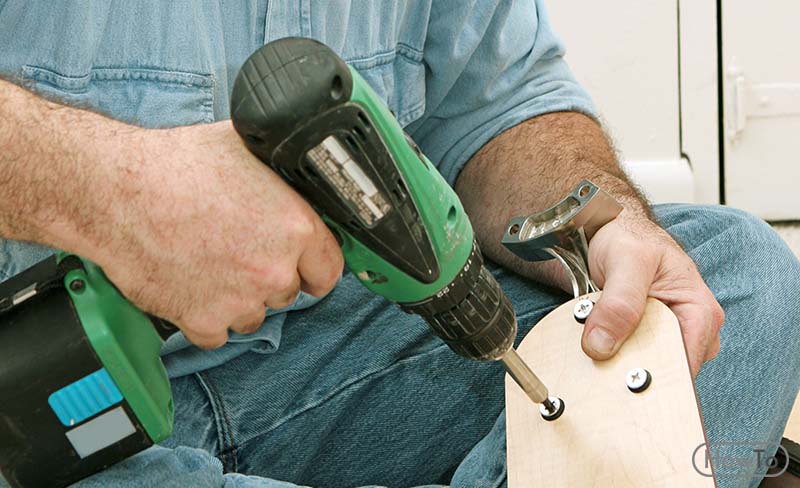 How do I remove a ceiling fan with a light and replace?

How do you take down a ceiling fan on a hunter?

How do you remove a ceiling fan and install it?

Is it hard to replace a ceiling fan?

A simple patch and paint will make your ceiling look like new, and your updated fan will fit in seamlessly with your home decor. If you can change a light fixture, you can easily change a ceiling fan. All it takes is a free afternoon and a patient helper to get the job done!

Do I need an electrician to replace a ceiling fan?

Since new wiring and a switch are required to install a ceiling fan, it’s a job for a licensed electrician. If you have a ceiling fan that’s due for replacement, installing a new model in the same location is a straightforward job for a pro.

Can I put a ceiling fan where a light was?

Replacing a room’s chandelier or ceiling fixture with a ceiling fan that includes its own light fixture is an easy DIY project for anyone comfortable with basic electrical improvements. Disconnect the fixture wires and remove the central mounting nut and any screws that hold the old fixture in place.

Does a ceiling fan need a junction box?

Ceiling fans need to be properly anchored to an electric ceiling box that’s designed to hold a heavy fixture. It will not only hold the wiring, but also support the full weight of the fan. Make sure the electrical box that holds the ceiling fan in place is fan-rated.

How much does it cost to have someone install a ceiling fan?

Will a pancake box hold a ceiling fan?

Use an Electrical Box Rated for Ceiling Fans

How do you attach a brace to a ceiling fan?

Can you mount a ceiling fan directly to a joist?

New Fan Installations: When installing a fan where no fixture exists, you have the same options for structural support: either bracket the fan directly to a ceiling joist or install a support bar between joists.

Get Your Lighting and Ceiling Fans Installed Professionally

Can I install my own ceiling fan?

Installing a ceiling fan is relatively simple, especially if the space above is accessible from an attic. However, even when it isn’t, the job is still quite doable. Here, we’ll show how to replace an old light fixture with a new ceiling fan and light, in a room with no attic above.

Your home is ready for new appliances and The Home Depot is here to help. Enjoy free professional delivery and installation services on select appliance purchases $396 or more.

How much is Home Depot LVP installation?

Every installer must pass rigorous standards and skills screening tests to become a California Flooring & Design Installer. They can also move furniture and appliances for you, if you need assistance.

How much does it cost to install vinyl flooring?

The national average cost to install a room of vinyl plank flooring is around $2,000 overall (according to HomeAdvisor). The average overall price ranges between $800 and $2,900. Average labor costs to install vinyl plank range between $1.50 and $6 per square foot.