A lot of people may want to impress their friends by learning how to hold and use chopsticks when dining in a restaurant. But did you know there are surprising benefits once you start using chopsticks?

Why People Use Chopsticks? 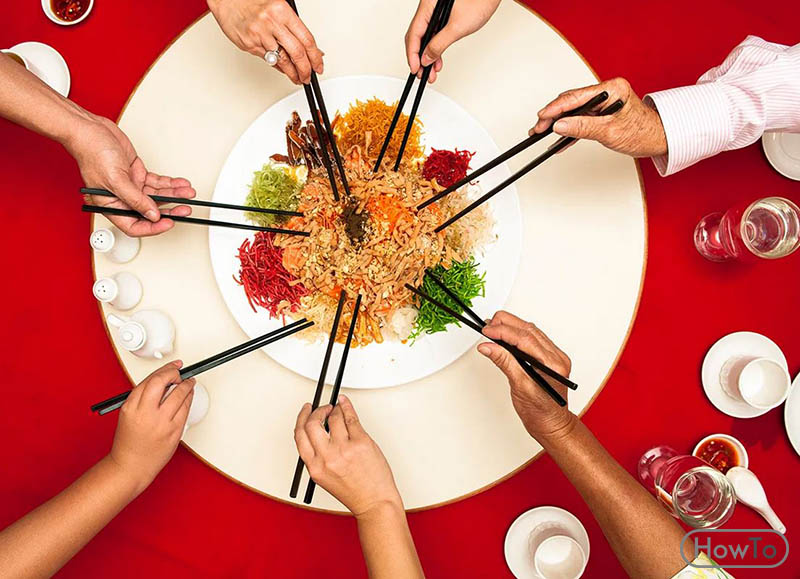 For those who are familiar about chopsticks but do not know how to use it, this is a good resource to learn about them. Basically, chopsticks originated in China during the 1600-1100 B.C. Shang dynasty.

This pair of cutlery is considered traditional eating utensils of Asian countries such as China, Korea, Japan, and Vietnam. They can be made of bamboo, gold, ivory, plastic, silver, and wood. Obviously, gold and silver chopsticks are heavier and more extravagant compared to the normal wooden counterparts. 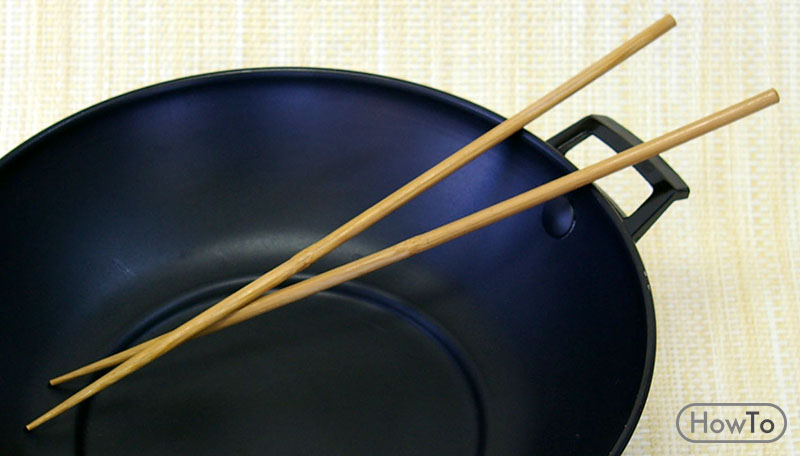 Chopsticks were mainly used for cooking, which were capable of reaching deep boiling pots of oil or water. People began eating with these utensils until 400 A.D. It was originally the idea to develop cost-saving habits when a population boom came across China. 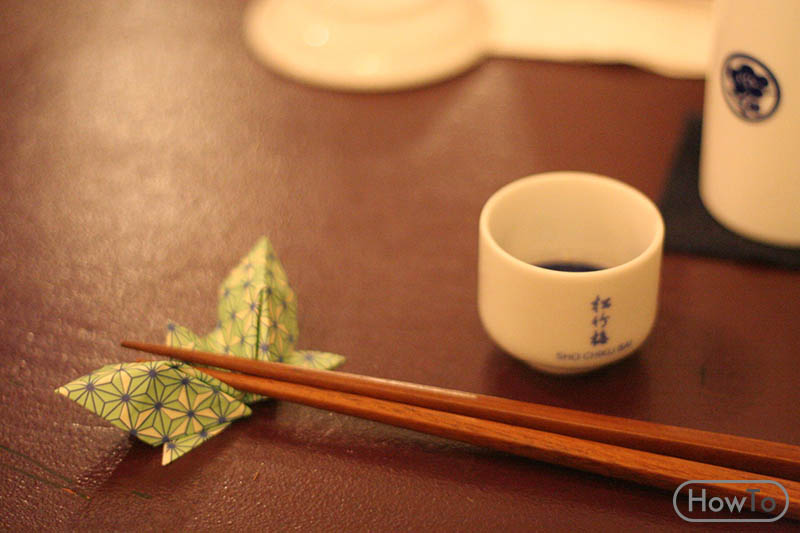 They began chopping food into smaller bits and pieces requiring less fuel for cooking. Thus, it became perfect for its tweezers-like grip. Since food became knife-sized, the use of knives became obsolete.

Moreover, the use of chopsticks became more relevant when Chinese philosopher Confucius believed that sharp utensils are no longer needed at a vegetarian table. Thus, he remarked that it would only remind eaters of the slaughterhouse. 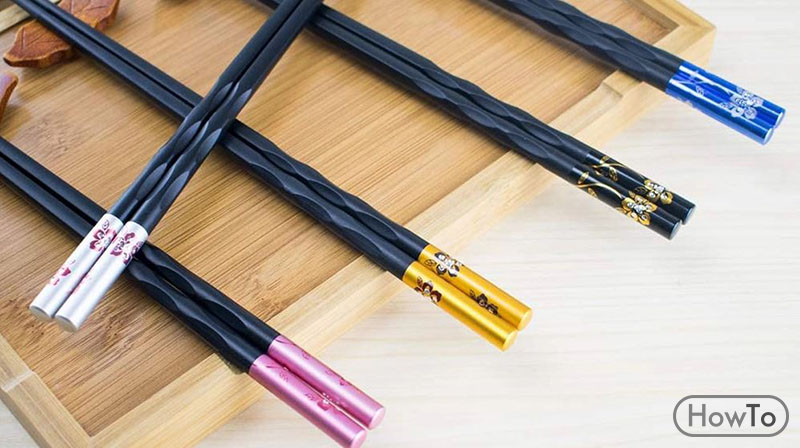 In 1878, the Japanese have created a disposable set of chopsticks made of bamboo and wood. However, wealthy individuals would eat with agate, brass, coral, ivory, and jade version.

At the same time, the most privileged would use silver sets. According to popular belief, silver corrode and turn black if it touches poisoned food.

Rules Governing the Use Of Chopsticks

Many countries use chopsticks, so those who eat using chopsticks can observe the following rules. 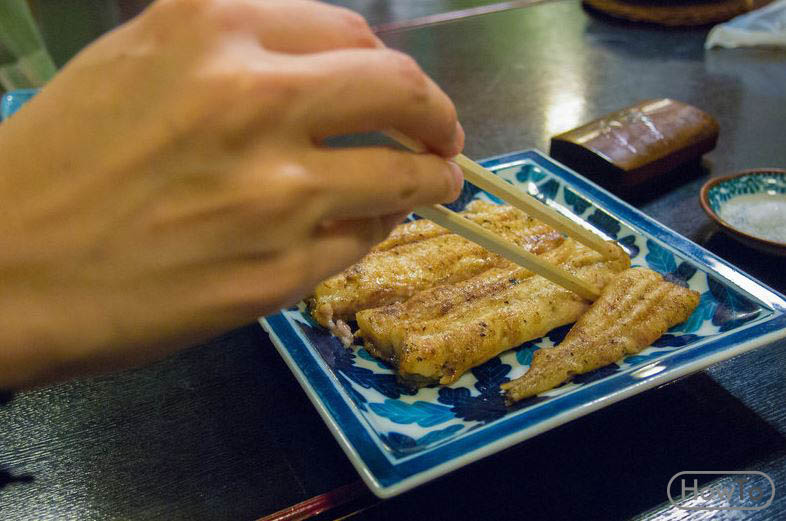 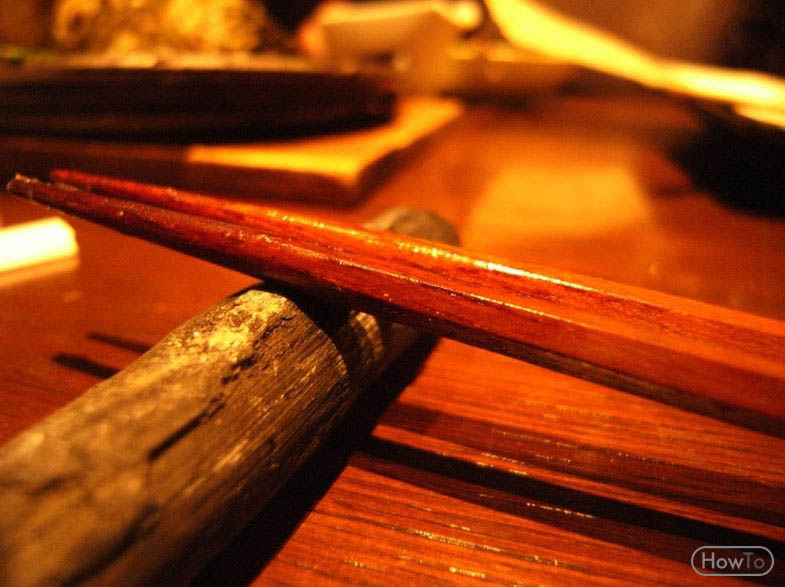 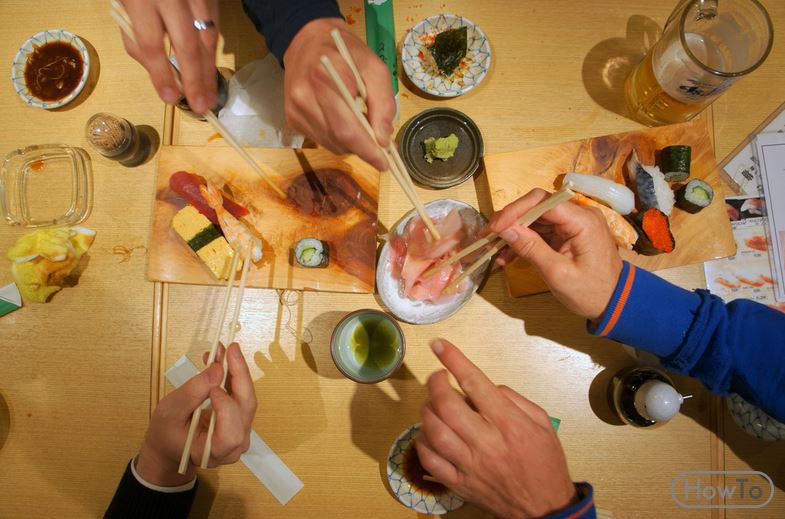 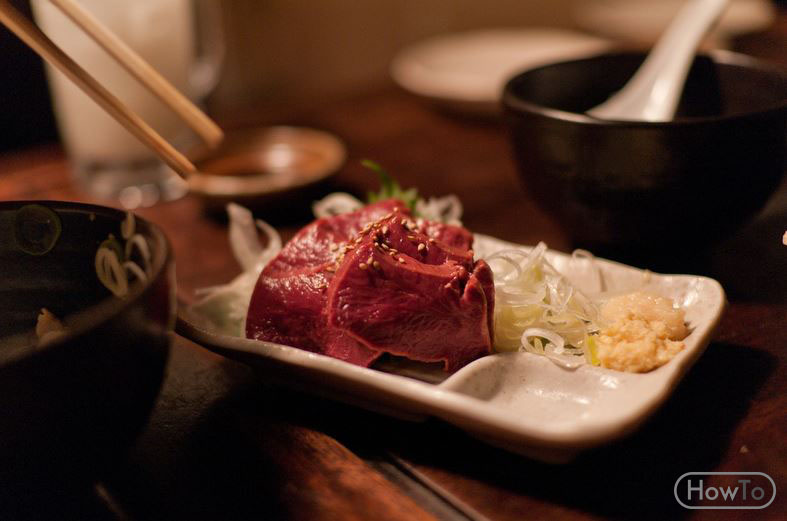 Other Popular Uses of Chopsticks

Basically, chopsticks are used for cooking when stirring materials in a pan or moving meals. In fact, the Japanese use a single-use chopstick or split chopsticks called ‘waribashi’. So before using them, people must split it into two. Japanese people call it ‘hashi’.

On the other hand, Japanese people use chopsticks when there is a funeral ceremony of Buddhists. After burning the dead, the family and friends will use the chopsticks to move the bones of the dead that have been burned from the coffin to the pot.

How To Use Chopsticks With Ease 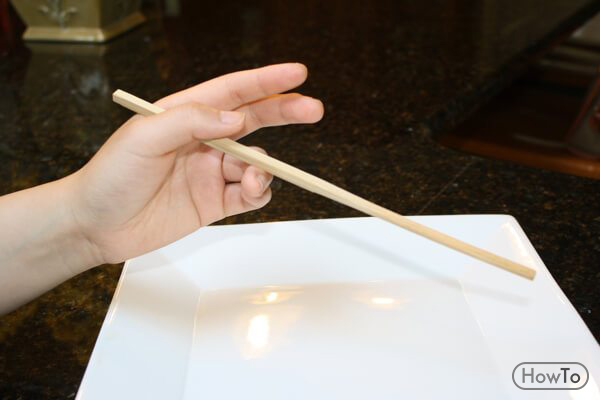 Knife and fork are not needed when eating with chopsticks. When using chopsticks, you hold it together in the same hand, which is usually the right. In formal occasions, it is considered rude to hold them in the left hand. 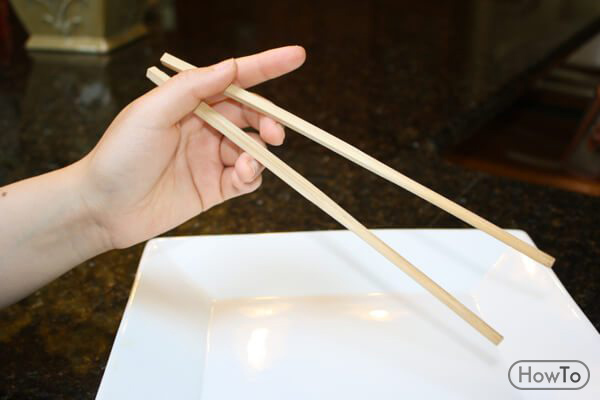 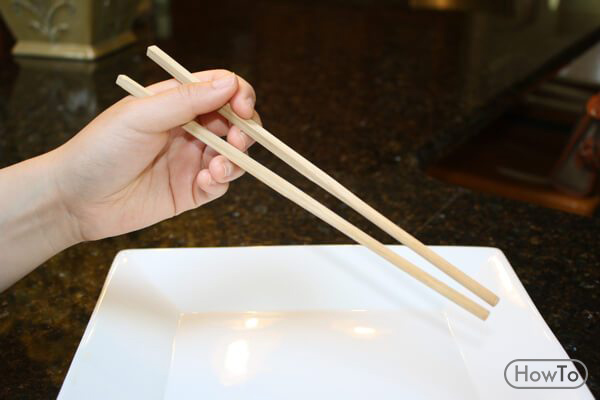 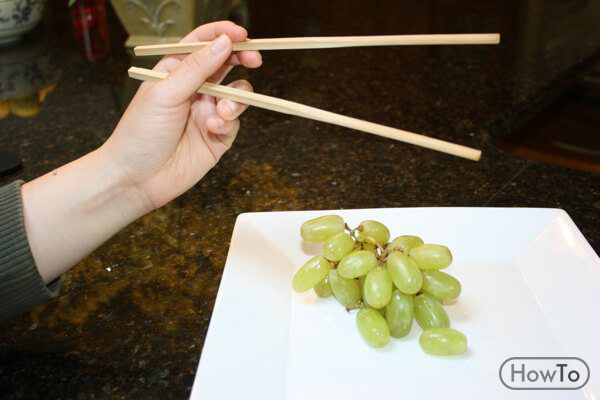 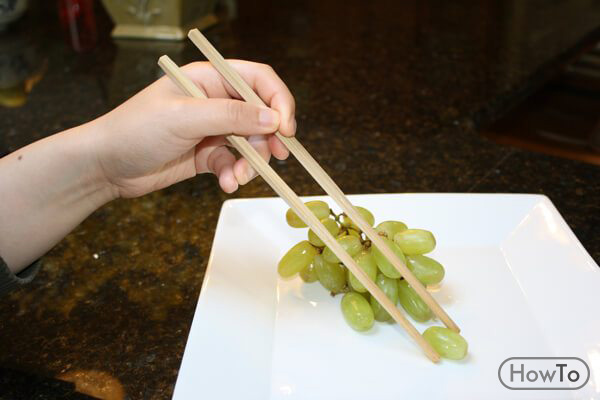 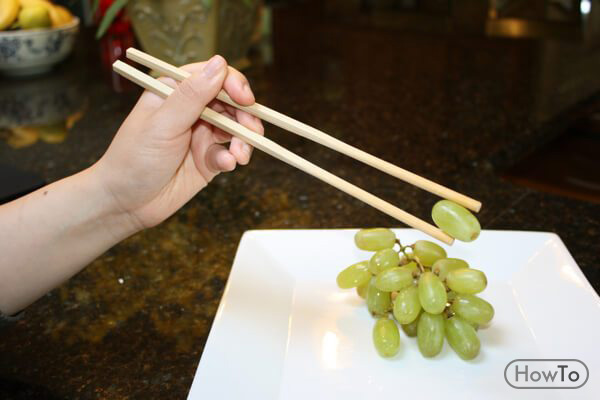 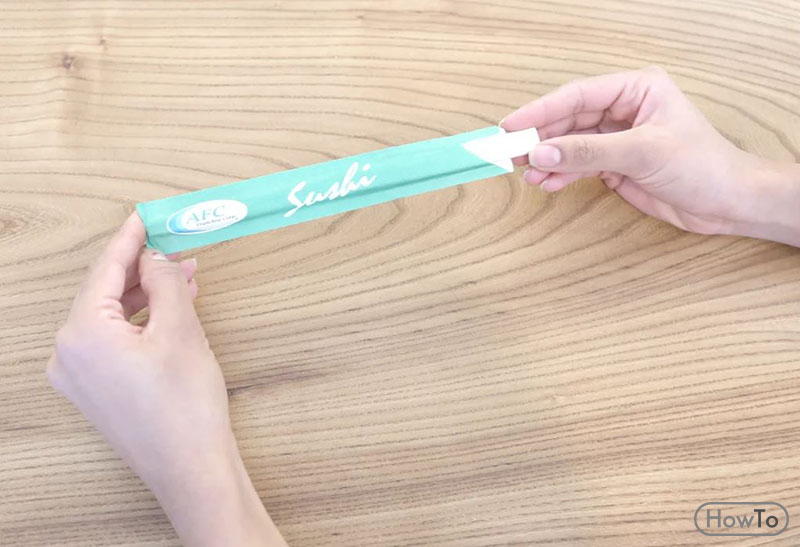 There are different styles of chopsticks with variety in material and geometry. Depending on the country or region, some styles are more common than others. 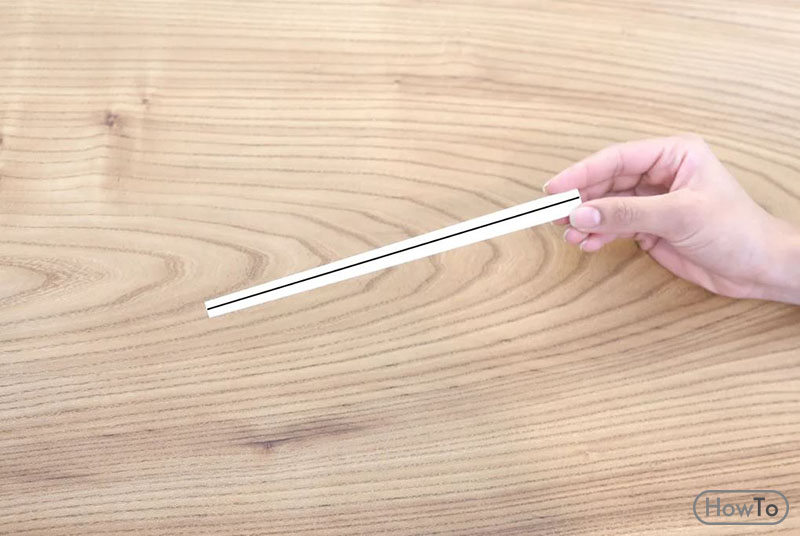 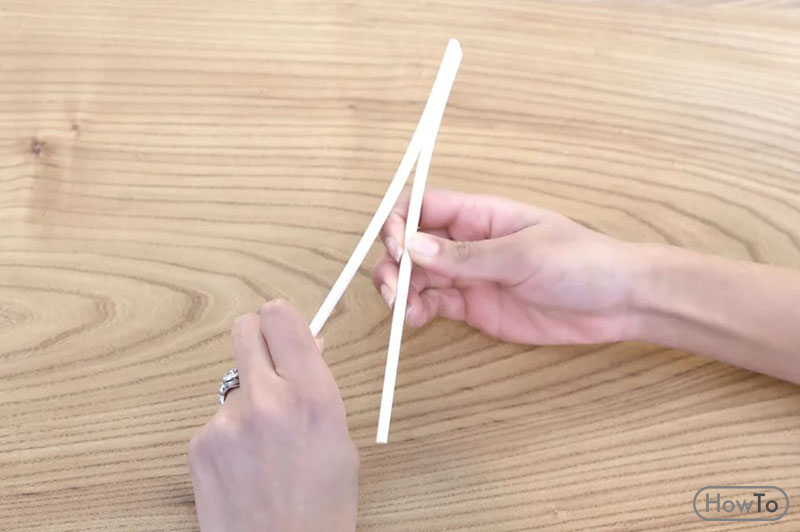 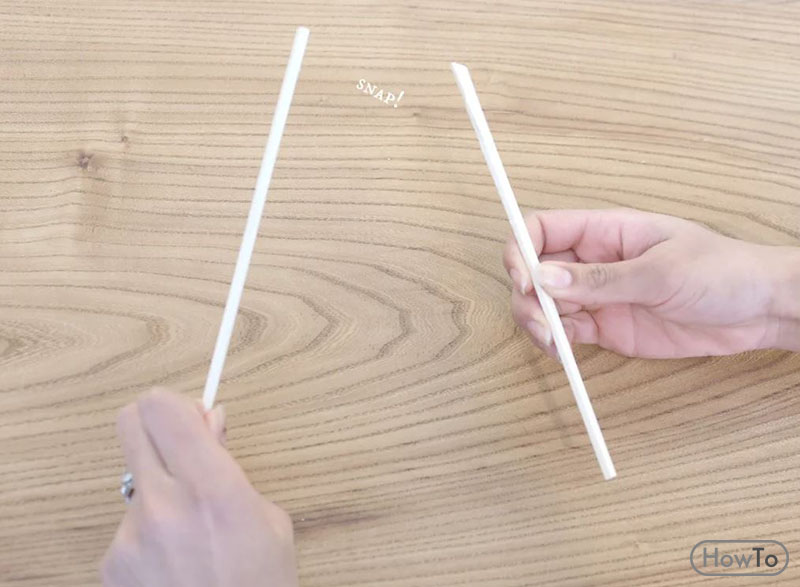 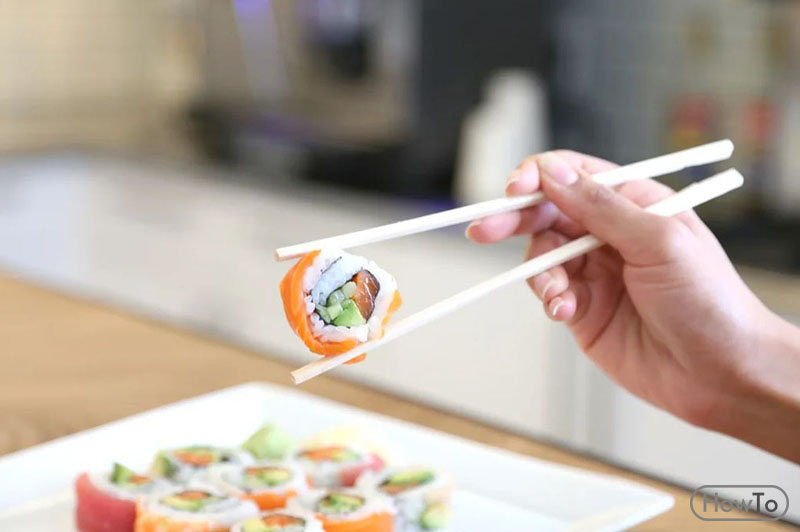 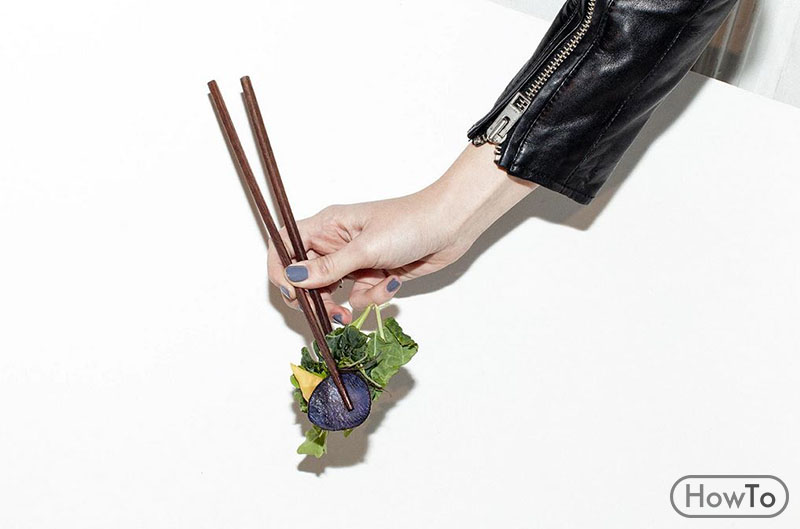 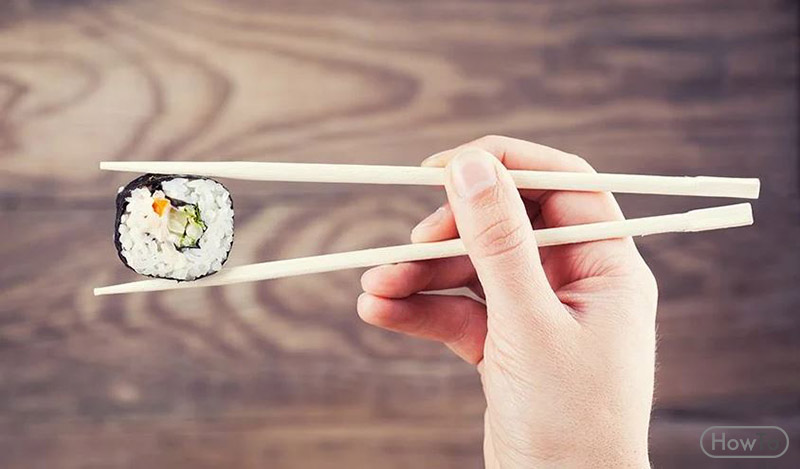 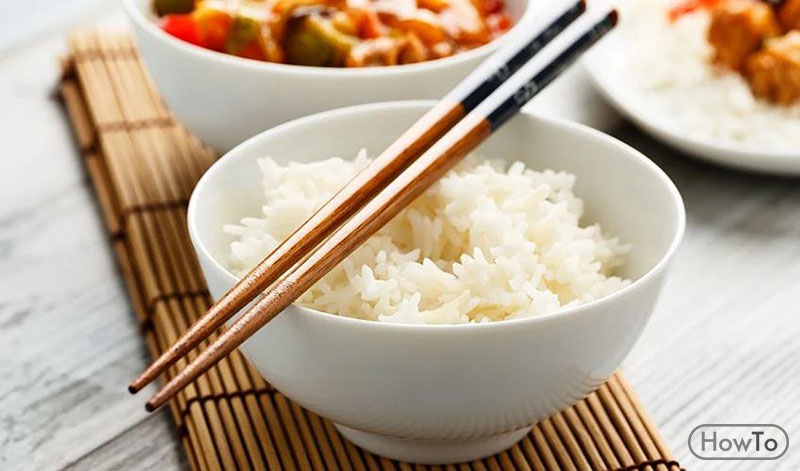 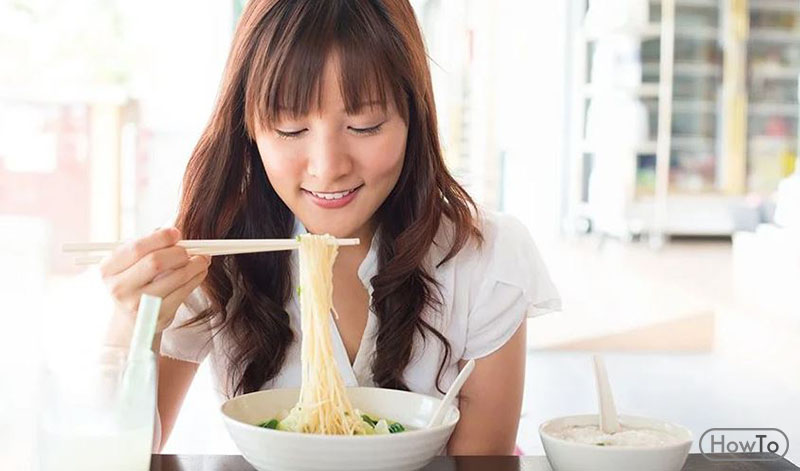 Learning to use chopsticks has its own surprising benefits after all. No wonder more and more cultures are starting to appreciate them.

How do you properly use chopsticks?

What is the easiest way to hold chopsticks?

How do you use chopsticks for the first time?

Why is it disrespectful to lick chopsticks?

Is it disrespectful to wear chopsticks in your hair?

Is it rude to rub your chopsticks?

After splitting chopsticks apart – do you rub them together? Rubbing them together is to get rid of splinters on the cheap pull apart and disposable ones. It’s considered rude when people do it with normal chopsticks because you’re basically saying that the host/restaurant has given you low quality utensils.

Should you rub chopsticks together?

Why do chopsticks come stuck together?

Do Not Rub Disposable Chopsticks Together

The chopsticks come fused together, so you have to break them apart into two separate chopsticks before you use them. After breaking them apart, some people will rub the chopsticks vigorously against each other in order to get rid of any small fragments of wood.

Is it rude to use chopsticks with your left hand?

So chopsticks you get stuck together also indicate “these are single-use chopsticks. If they’re not separated, they haven’t been used before so are safe to use now. If they’re separated, don’t use them.”

Why is being left-handed bad?

Obama spent some years while growing up, touching certain things with your left hand is still considered quite rude. Nowadays, left–handed children are no longer routinely disciplined to use chopsticks in their right hands, but the idea that it’s somehow rude or migurushii to do so still persists to an extent.

Is it rude to eat left-handed?

Due to cultural and social pressures, many left–handed children were forced to write and perform other activities with their right hands. This conversion can cause multiple problems in the developing left–handed child, including learning disorders, dyslexia, stuttering and other speech disorders.

Why is the left hand considered unclean?

There is no difference for left–handed people, since neither utensil requires any special dexterity — you use your left hand to stab the food and bring it to your mouth, and right to cut stuff. In formal dining etiquette, the rules are somewhat lengthy, but they are straightforward and consistent.

Are lefties better in bed?

In many parts of the world, the left hand is considered unclean, usually because it’s used for “ablutions”. If you’re left–handed and visiting places like India, Nepal and the Middle East, you may have to pretend to be ambidextrous – it’s incredibly rude to eat, pick anything up or hand over money with your left.

What handed Was Jesus?

According to a recent survey, lefties are 71% more satisfied in the sack than righties. Of the 10,000 people surveyed, 86% of left-handed people reported being “Extremely Satisfied” with their sex lives, compared to just 15% of righties.

Jesus was right-handed. He was taught to write, as we all are. His teachers would never have allowed him to write left-handed, and not so long ago pupils in our schools were punished if they tried to write naturally with their left hand.

Do left handers have higher IQ?

Lefties make up only about 10 percent of the population, but studies find that individuals who are left-handed score higher when it comes to creativity, imagination, daydreaming and intuition. They’re also better at rhythm and visualization.

Is the left hand the Devil’s hand?

Left-handers usually reach puberty four to five months after right-handers. In fact, according to a recent survey, southpaws are generally more attractive, more intelligent, and more talented than right handers. Well, at least according to a survey given to lefties!