Writing a musical may not be a straightforward task if you’ve just stepped into the world of music. It requires creativity, inspiration, and confidence if you want to reach for the skies.

Whether you’ve been assigned a task in writing a musical or you wish to challenge yourself. This is the ultimate guide to unleash the musician in you! 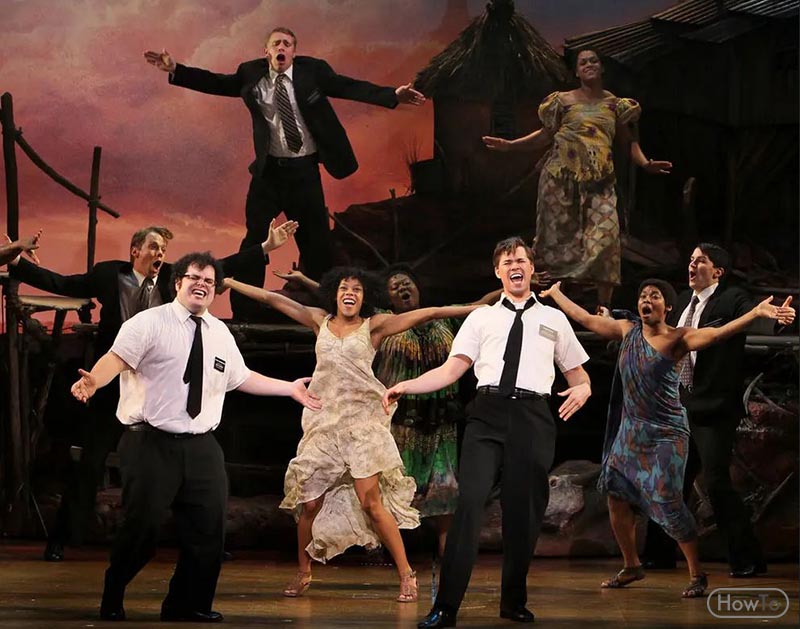 Find a plot/story for the musical. Take a pencil and notebook and find a place be it park/beach to brainstorm your ideas.

Observe the behavior of people around you as this would help you in finding the right story for your musical. Either that or you could come up with your own story – A childhood memory that you cherish or an event that changed your life. This will be the building block of the musical.

By choosing a story, it will drive motivation and confidence that you need to write a perfect musical.

Once you know what to write, write a brief 1-2 line summary that portrays the theme of the story and answers questions like what the story is about and what do you wish to show to the world.

It’s best to study musicals to gain inspiration and come up with a perfect storyline for your next musical.

Try reading about famous musicals such as the Hamilton, The Lion King, La La Land, and many more.

Find a musical drama that you like and see how the music, dialogues, and lyrics are executed.

Your musical should contain the story you want to tell to the world.

Through dialogues or music, you can beautifully explain the storyline by having a well-structured play where characters know what they are singing and the music is in sync with their dialogues.

There should be a smooth transition of music when each character gets a turn.

When you’re writing your musical, you need to keep a few things in mind: the tune, and the sequence. The tune should match the character’s identity.

For instance, a prince in the play may sing confidently, a witch may have a loud and sharp melody, an older woman would have a different melody, and so on.

Speaking of sequence, the music should change with the character’s turn. The character should know what they are singing and the purpose behind it.

To make it simpler, you can create storyboards to visualize the character’s role and actions, making it easier for you to write music and song.

Draw each scene on the storyboard to visualize the story and analyze the key elements that you want to add to your music.

You can’t be an expert in both things. Therefore, you may need a partner who would assist you. If you’re a music writer, choose music that best suits the script keeping in mind the storyline and the characters.

You can repeat the music that you’ve created in the past and make some changes to it to produce new music. If you’re a lyricist, make it sound like everyday conversations.

It doesn’t have to contain strong vocabulary and highly extensive language. The language and the tone should be the same as that you use when you’re talking to people.

There should be a proper flow of music with the background story. The sequence of the music should be in such a way that the music and the scenes are well put together.

The music doesn’t have to be in the same tempo since it can change from a duet to solo if you’ve got more than one musical number.

Once you’ve written the musical, you can create a final draft in a word file and check for revisions if any.  Add the music, lyrics, and proper timeline of the characters who will be a part of the play. If you’ve more than one musical number, add a pointer into the script that shows when the next musical number will play.

Moreover, add details of the characters such as when they will appear in a particular scene and the lines they have to sing. When the musical is ready, check the script and start rehearsing.

Is it hard to write a musical?

Musicals are hard to get right to begin with, but original musicals are even harder. So if you do have an idea you love, then tell your story. Be sure to map your story out completely before you start writing songs. One of the biggest mistakes I constantly make is writing music before the idea has settled.

How many songs are in a musical?

A book musical is usually built around four to six main theme tunes that are reprised later in the show, although it sometimes consists of a series of songs not directly musically related.

How do you write a musical with no experience?

How do you become a musical writer?

Becoming a songwriter requires patience and practice. Work at your craft, write lots of songs, co-write, expand your horizons, and learn how to create your own recordings, and you’ll be well on your way to a great career. To me, if you can do all of that in a masterful way, you can be a professional songwriter.

How much money does a hit song make?

An average hit song on the radio today will earn the songwriter $600-800,000 in performance royalties.

What is the main song of a musical called?

Musical 101 explains: “The Main “I Want” Song comes early in the first act, with one or more of the main characters singing about the key motivating desire that will propel everyone (including the audience) through the remainder of the show. It is often followed by a reprise.

What are the 3 elements of musical play?

What is this song playing?

On your phone, touch and hold the Home button or say “Hey Google.” Ask “What’s this song?” Play a song or hum, whistle, or sing the melody of a song. Hum, whistle, or sing: Google Assistant will identify potential matches for the song.

What was the first musical?

The first theater piece that conforms to the modern conception of a musical is generally considered to be The Black Crook, which premiered in New York on September 12, 1866. The production was a staggering five-and-a-half hours long, but despite its length, it ran for a record-breaking 474 performances.

What is the most famous musical?

What is the longest running Broadway musical?

The Phantom of the Opera

The longest–running show in Broadway history officially opened on January 26, 1988 and is still playing at the Majestic The Andrew Lloyd Webber musical won 7 1988 Tony Awards® including Best Musical.

What is the most expensive Broadway show?

What are the top 10 musicals?

What is the most popular Broadway show ever?