Being a dog owner brings a ton of responsibility as well as joy. There will be many times when your dog won’t be behaving normally. This means a sudden lack in appetite and activity, etc.  During these times it is crucial to be able to identify what it is that’s wrong. Your dog could be pregnant. Or it just might not be feeling well. You should know the difference so that you can act accordingly. 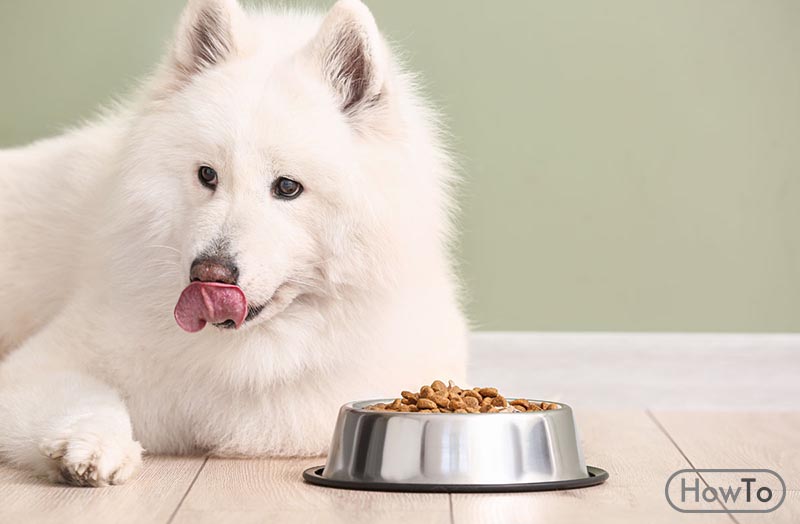 The first sign is the lack of appetite. If your dog has changed the way she is eating and her eating habits fluctuate, then it means she might be pregnant. This lack of appetite is not worrying so don’t stress about it. This will only happen for a while and your dog will soon go back to her old eating habits. Don’t try to force her with treats and wait the time period out.

Moreover, this lack of appetite will only be in the initial period though, and once she’s in the second half of the pregnancy, her appetite will increase. 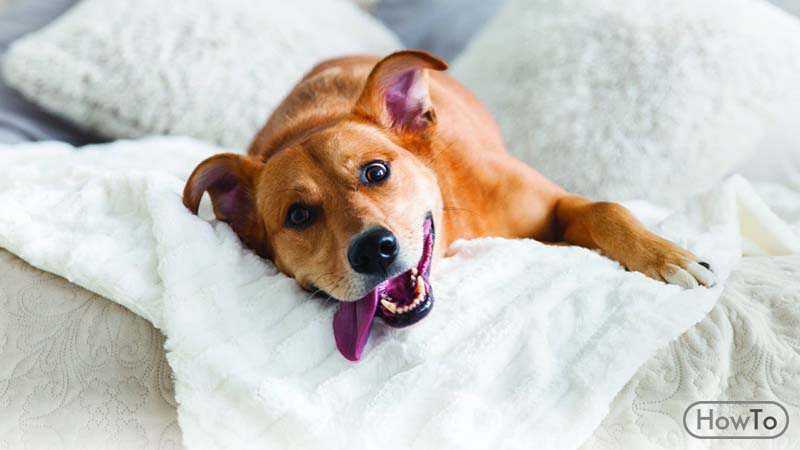 If your dog is hyperactive and gets really lazy all of a sudden, then it’s a sign. Try to figure out what it is. Decreased physical activity is often a sign of pregnancy. Keep a track on your dog’s activity. This happens during the first two weeks of the pregnancy and will lessen as time passes. 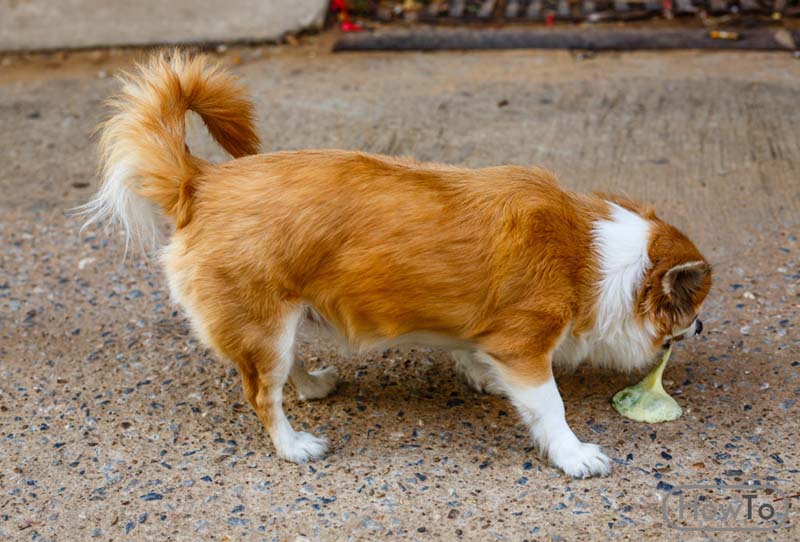 Like humans, dogs also tend to vomit during pregnancies. The morning sickness that tons of women go through happens to dogs as well. They may occasionally vomit. This can be before or after their meal time. Most of the vomiting takes place in the early days/weeks of the pregnancy and there’s nothing to worry about. If it persists for even after that and gets excessive then you should take her to a vet to get expert help. 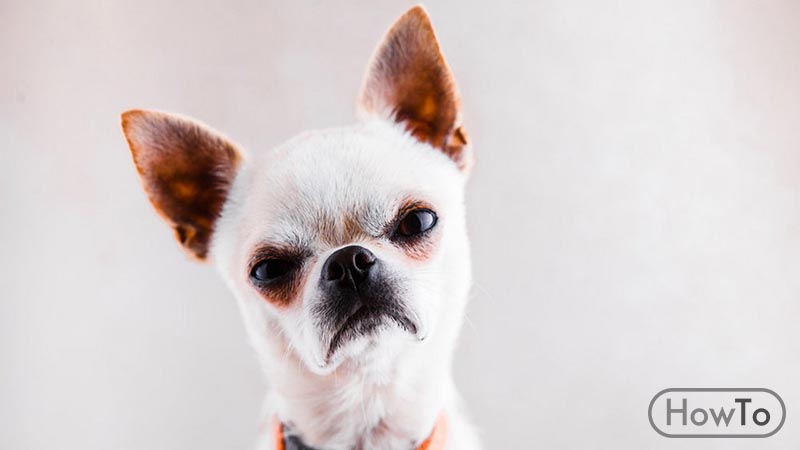 Keep an eye on your dog’s behavior when you think she might be pregnant. This cannot be very hard to notice as these changes are often very visible. If you dog is loud she might get really quick because of the hormonal changes. If she used to be very touchy then she might get reserve.

Dogs loving to spend time with people might end up liking alone time. This means she might at times prefer to be alone away from the hustle bustle. 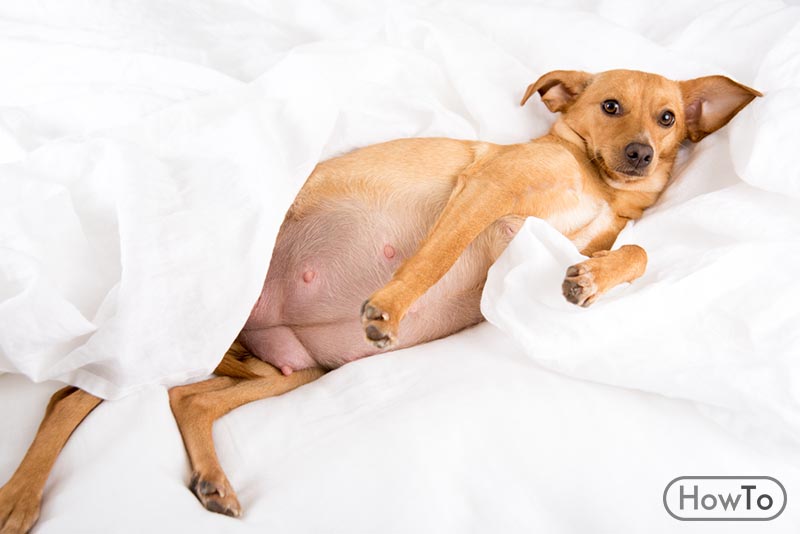 Of course, there will be a lot of changes in her body as well. The tummy will start to get bigger after about 35 days of being pregnant. Other than that, her nipples may grow in size. Sometimes the nipples also tend to turn darker in color. This is nothing o worry about and happens only because of the increased blood flow. The areolas will become more rounded than usual.

There might be mucus discharge a month after the mating period.  So look out for that if you want early pregnancy signs.

How long after mating can you tell a dog is pregnant?

What are the signs of dog pregnancy? If your dog is pregnant, you may notice the following signs. A slight mucus discharge may occur around one month after mating. Her teats may become more prominent in colour and size around 30 days after mating, and you may also see them produce a semi-clear fluid.

Can you give a dog a human pregnancy test?

Canine pregnancy usually lasts between 61 and 65 days, however, you may not notice any obvious physical changes in your dog until the final stretch of her pregnancy. There is no such thing as a canine home pregnancy test, so you‘ll want to know how to be sure if your dog is pregnant.

Do dogs get pregnant every time they tie?

It is important to note that pregnancy can occur without a “tie“. Once “tied” the male dog will often step over the female or be turned by handlers into a position so that the animals are back to back.

How can you tell if your dog is pregnant at home?

How many days is a dog pregnant?

Where can you feel puppies in a pregnant dog?

It’s one way to figure out how many puppies will be in your dog’s litter. As more time passes, your dog’s pregnant belly will become larger, and it may sway gently beneath them as they walk. During the last 2 weeks of pregnancy, you may see and feel the growing puppies moving inside your dog’s belly.

How many puppies do dogs have?

A normal litter size can range from 1 to 12 puppies, with 5-6 puppies being average across all dogs.

Do puppies get their color from Mom or Dad?

When dogs breed, the mother and father each randomly contribute one allele from each locus, giving each allele a 50% chance of being passed on to the pups. One of the alleles at each locus is dominant and determines the traits, like coat color, portrayed in the dog.

How many times should dogs mate to get pregnant?

Most dogs are first bred between the 10th and 14th day after the onset of proestrus. As long as the bitch will accept the male, mating every other day for a total of two or three matings is generally considered sufficient.

Can dogs deliver puppies by themselves?

Whelping can be a stressful process for both the humans and animals involved, although dogs are usually perfectly capable of getting themselves through these things alone.

Should I leave my dog alone while she is in labor?

Dogs can voluntarily stop giving birth if they are disturbed, so you should make sure she’s in a quiet place. The puppies will be born covered by a membrane that most dogs will rupture with their teeth. Most dogs will also bite through the umbilical cord of each pup.

How many puppies can a dog have in their first litter?

The average dog litter size can have anywhere from 1 puppy up to 12. Some larger breeds can have up to 15 puppies! The range is very wide.

Can I feed my dog while giving birth?

After giving birth, she must resume intake of highly palatable, good-quality food as soon as possible. The inexperienced or overattentive mother may be reluctant to leave the pups. Bring food and water to her if necessary. Some females are anorexic for a few days after whelping.

How long before giving birth do dogs stop eating?

Some females stop eating during the last twenty-four hours before labor, although this is certainly not universal. The rectal temperature will drop below 100oF (37.8oC), usually an hour or two before whelping. These signs may last for up to twenty-four hours and are part of first stage labor.

Are eggs good for pregnant dogs?

Yes, puppies can eat eggs. Eggs offer the same nutritional value for puppies as they do for adult dogs.

Is it normal for pregnant dogs to not eat?

Pregnant dogs lose their appetite for three to 10 days during their third week of pregnancy. It is normal for pregnant dogs to stop eating or eat significantly less, in the 24 to 48 hours before their puppies are born.

Will my dog lose her appetite when pregnant?

At the very start of her pregnancy, your dog may suffer a temporary loss of appetite. This is very normal, and her appetite will return as her body cares for her growing litter.