Imagine you have an annoying friend who calls you often over a meeting continuously; suppose, he wants to poke fun at you. In this case, you can provisionally block the maddening person from calling you again and again. And after blocking, you might be wondering how you can unblock him/her after your meeting is over. This article teaches you the possible guides for multi-brand Smartphone reach on how to unblock a number.

Method to Unblock a Number on Samsung Smartphone

You previously blocked your annoying girlfriend, and you want to talk with her as everything is working fine between you people. There is an easy way out on Samsung phones, follow the guidelines below for comprehensive steps.

The Process to Unblock a Number on Apple Phones

In this section, we are teaching you how to unblock calls if you have accidentally blocked someone on your iPhone. Apple phones have been around for a couple of years, but some people do not know the drill to unblock a number. There are two possible methods do unblock a number on iPhone. 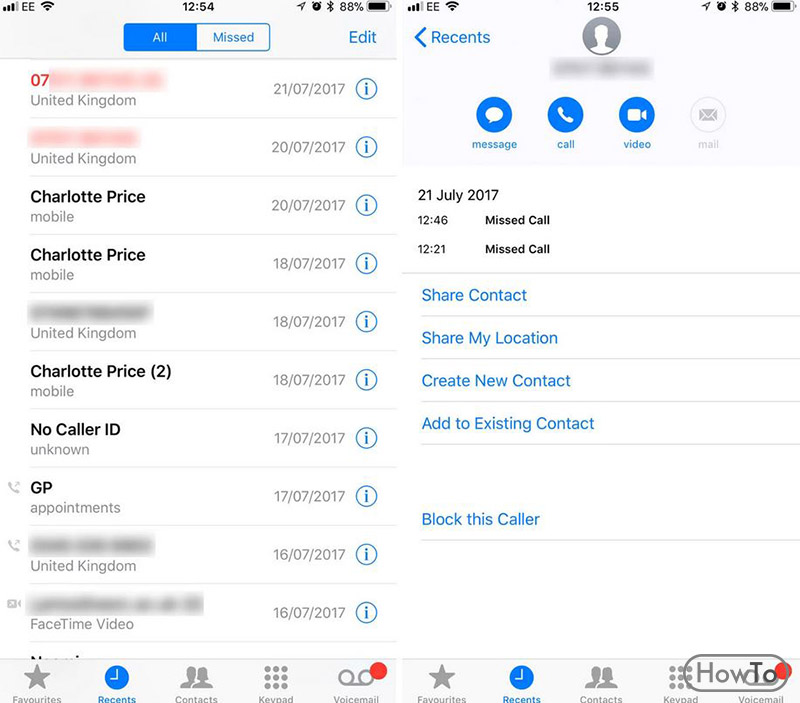 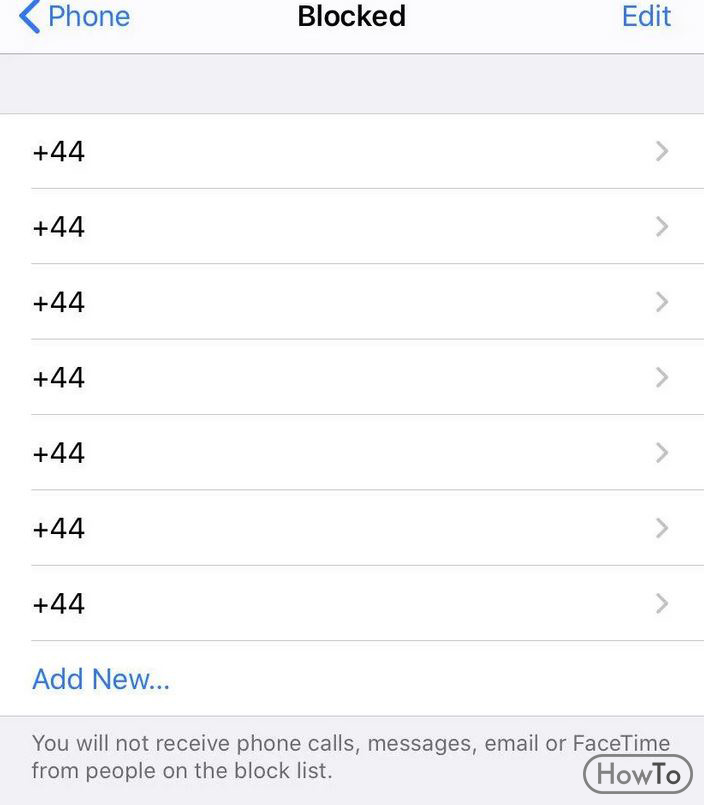 The second method is also pretty simple to apply. 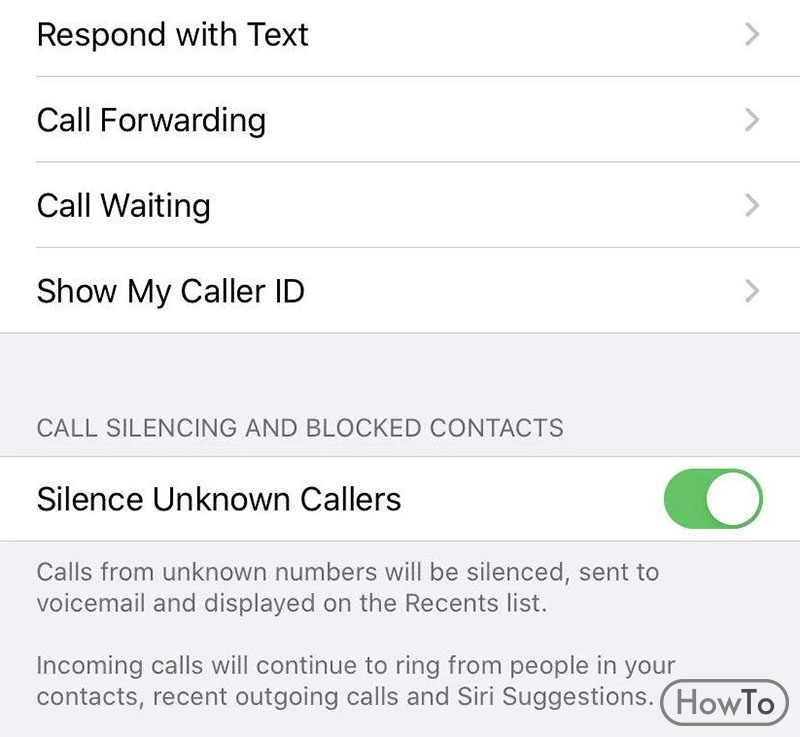 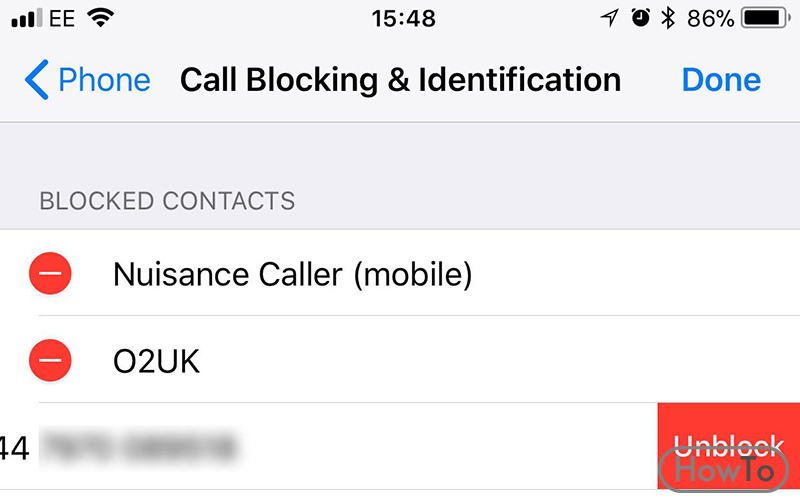 Way to Unblock a Number on Google Pixel

The procedure to unblock any contact number may differ from one Android version to another; consider searching for blocked number lists, there you can make necessary changes possible.

Method to Unblock a Number on Huawei Phones

Huawei phones have the most straight-forward process to add any contact number to the blacklist and remove from the list. 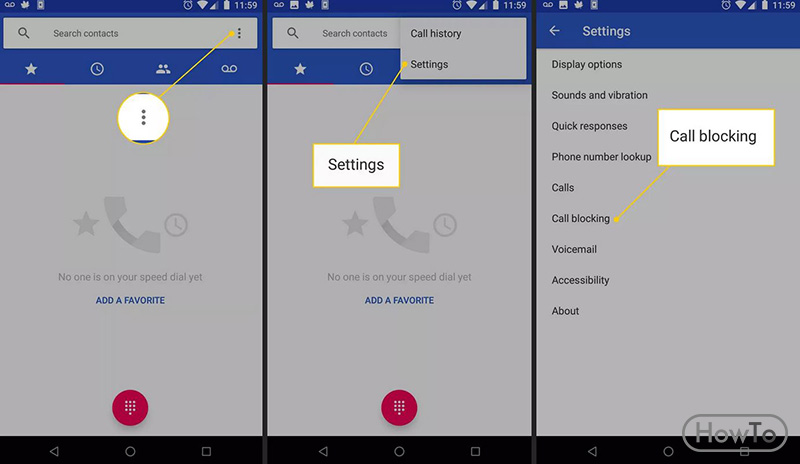 In case you have not saved the number before and want to add it to the blacklist, follow the steps given below. 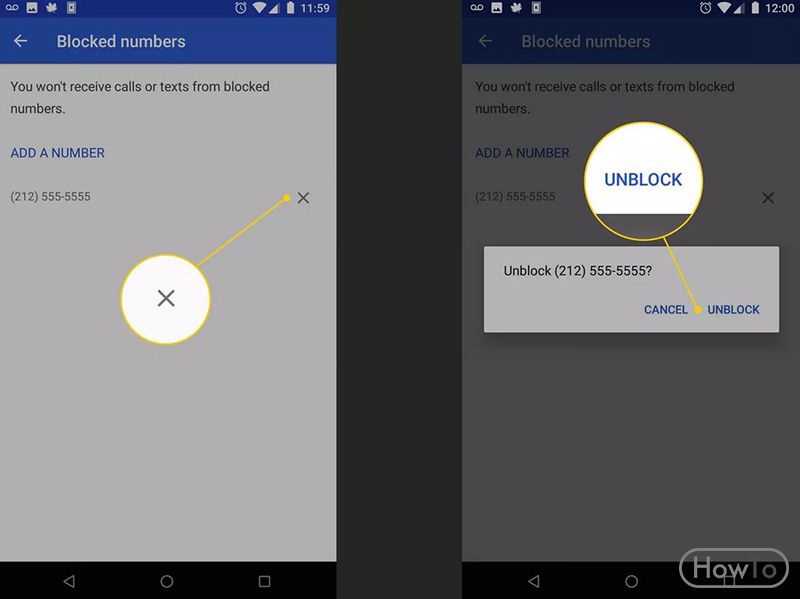 Secure Method to Unblock a Number on Xiaomi(MI) Phones

Xiaomi or MI phones are most popular in the Asian market. They are affordable and high-performing smartphones. People often get confused, trying to unblock contacts they previously blocked for a foreseeable reason. The following steps describe the best method clearly.

The process to Unblock a Number on OPPO Phones

The thing just got strange that a friend of you trying to reach on your mobile phone never gets connected to you. Call drops every time whenever he tries calling. Later you remember that on your Oppo phone, you had blocked his number some days ago just because he was hitting miscall bombs on you. Now you are stuck on how to unlist friend’s number from the blacklist. We are here to help you with the proper solution.

How do I unblock my number from someones phone?

How to Block/Unblock Your Cell Phone Number

If, for whatever reason you need to see a list of your blocked numbers, all you need to do is open the phone app and tap the three dot menu icon in the top right corner and select ‘Blocked‘, now tap the settings cog icon in the top corner. The next screen has ‘Blocklist‘ on it.

Make sure you’re on the ‘Contacts’ tab at the bottom. Tap on the ‘More’ icon. Select the ‘Settings’ option. Tap on the minus sign next to the number you’d like to unblock.

Can a blocked phone be unblocked?

Why do Blocked numbers still get through?

Blocked numbers are still coming through. There is a reason why for this, at least I believe this is the reason why. Spammers, use a spoof app that hides their actual number from your caller i.d. so when they call you and you block the number, your blocking a number that doesn’t exist.

Can a blocked number still call you?

If your number has been blocked by someone, when you call them the call will not reach them and their phone will not ring. Depending on how the system is set up, you might get a recorded message telling you that you cannot call that number, or you might be redirected to a voicemail service.

How can I call someone who blocked me?

In case of an Android Phone, open the Phone > tap on More (or 3-dot icon) > Settings in the drop-down menu. On the pop-up, tap on Hide Number > Cancel to come out of the Caller ID Menu. After hiding Caller ID, make a call to the person that has blocked your number and you should be able to reach the person.

What to do if a blocked number keeps calling?

Hang up and report it to the Federal Trade Commission at complaints.donotcall.gov or 1-888-382-1222. If you’re getting repeated calls from the same number, you might want to ask your service provider to block the number; for calls from different numbers, ask if they offer a service to block unwanted calls.

“As soon as the call is placed, it can be tracked and traced to where it is being originated.” Dialing *67 may cloak your call from other Caller ID-equipped phones, but not from your carrier or the authorities.

Block calls from your phone

Press *60 and follow the voice prompts to turn on call blocking. Press *61 to add the last call received to your call block list. Press *80 to turn call blocking off.

What is the code to block a number from calling?

Enter *67 and then the number you want to block from seeing your caller ID info. Other ways to stop nuisance calls: Add your number to the free National Do Not Call Registry by calling 888.382. 1222 or going to www.donotcall.gov.

How do you call with a blocked number?

How do you permanently block someone from calling you?

How to permanently block your number on an Android Phone

Use *67 to hide your phone number

On a per-call basis, you can’t beat *67 at hiding your number. This trick works for smartphones and landlines.

How do you completely block someone?

What do blocked callers hear?

When you block a number on your iPhone, the blocked caller will be sent straight to your voicemail — this is their only clue that they’ve been blocked, by the way. The person can still leave a voicemail, but it won’t show up with your regular messages.

How can I see someone’s profile if they blocked me?

Use a Mutual Friend’s Profile to Check Who Blocked You

The easiest way is to head to the profile of someone you and the person who has potentially blocked you both know. You‘ll be able to see a brief list of their friends; click on See All. It should tell you how many contacts you have in common.