Becoming a “superhero” is every child’s dream. I mean, who didn’t dream of becoming one when they were a kid? We’ve all fantasized about being just like Superman or Wonderwoman and trying to save the world from the evil villains.

This childhood dream will not be buried forever because you can become a superhero in real life. Here’s how: 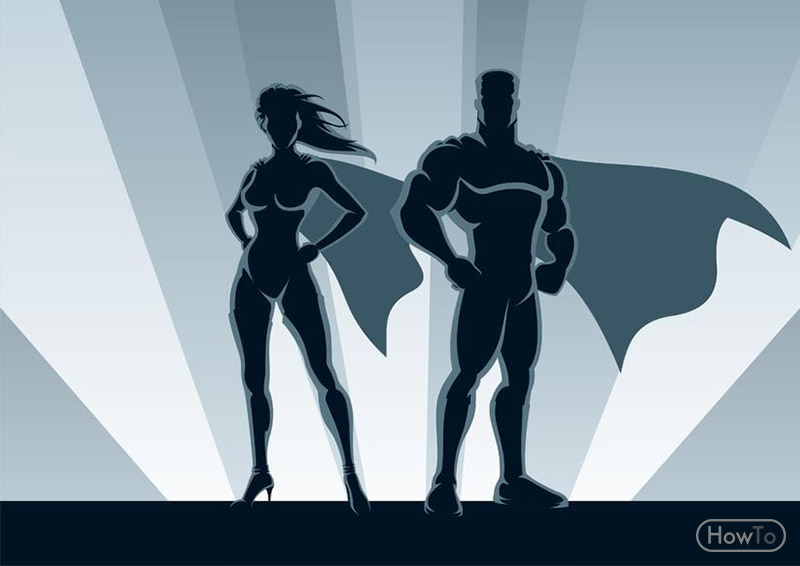 If you truly know yourself, this should be easy. Each of us always has something that we’re good at. Were you gifted to have an excellent speed? Or maybe an amazing strength power? Perhaps you’re a math wizard or science expert. You sing well or dance gracefully. Whatever it is, list down the following skills that you’re good at and think about how you can use it to harness the superhero in you.

Once you’ve identified your unique superpowers, it’s time for you to step up. Before someone can become an expert in something, they practice for hours and hours every day to become the best at something. Don’t let those skills and talent go to waste, but instead train yourself on becoming better at it. Train every day, enroll in a class or join a group session to make sure that you are working hard to be your best self. 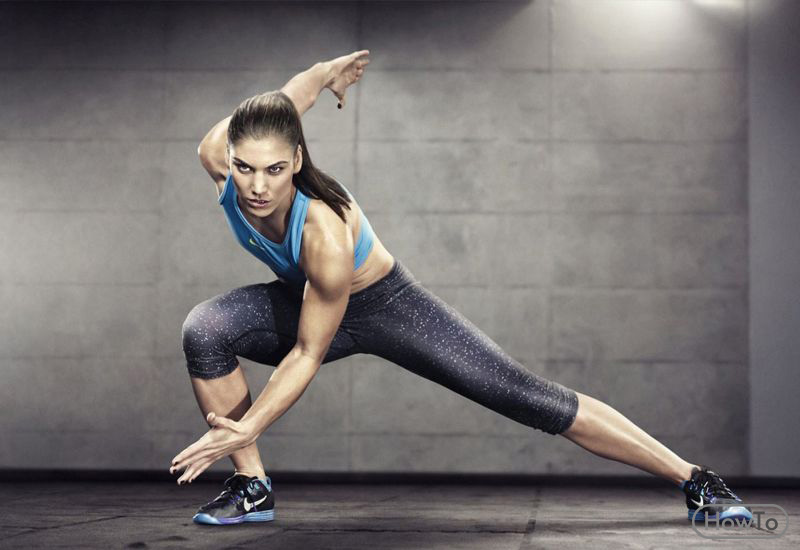 Superheroes are all fit physically, emotionally, and mentally. Saving the world is a tough job, and a weak body won’t make a cut. Before you can save others, make sure your overall health can support this demanding call as a superhero. Maintain a healthy diet, exercise regularly, and be a better role model for others. A real superhero is always a good influence that others should follow.

Know the very reason why you’ve decided to become a superhero. What triggered you to receive this calling and respond to it. What drives you to serve others and make a difference in the world? Focus on it and study how you can make a difference in that area. It can be helping the poor, providing education to unfortunate kids, responding to calamities, or donating into a foundation. Learn to pick your fight because you can’t save everyone, but you can save some.

Did you randomly pay for that old man’s grocery bill? Helped an old lady cross the street? Help the pregnant lady carry her stuff? Or brought food for a homeless man? Whatever good deed you did, either small or big, it means something. Helping others in need makes you a real superhero. It doesn’t have to be something grand. As long as you’re starting and keeping it up, you’ll go somewhere.

If you’re helping others just for publicity, then you’re no different from the so-called “villains.” Helping and serving others should come from the heart, or else every good deed will be meaningless. When you help with sincerity, it feels good and fulfilling, not only to the person who received the help but to you as well. There are a lot of fake superheroes these days, don’t be one. 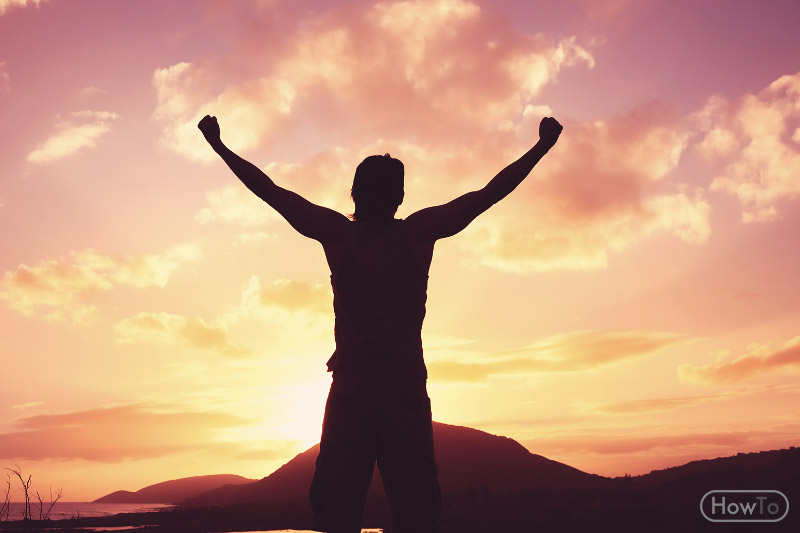 Every day is not always the same. There will come a time where you’ll lose your “mojo” because of the negativity around you. As a superhero, don’t let these get the best out of you. Learn how to turn constructive criticism into a learning experience. Work on your weaknesses and bounce back again after a hard fall. After all, superheroes are known for enduring and persevering.

Although the intention is not to become famous, it is nice that people can acknowledge you as the hero that always saves others. Whether you want to have a unique costume and a name of your own, what matters is the image you’re trying to show. Show to the world your positive traits that make you a superhero. Showcase your confidence, wit, braveness, and kindness for the world to see. It’s better to be acknowledged for our good traits than having a grand costume.

As they always say, “two is better than one,” which is always true in so many ways. You see how Batman has Robin and Superman has Jimmy Olsen, because it’s better to save the world with a good company. Go out of your way and meet other real-life superheroes like you. Collaborate with certain causes that can help your community by making their lives better. 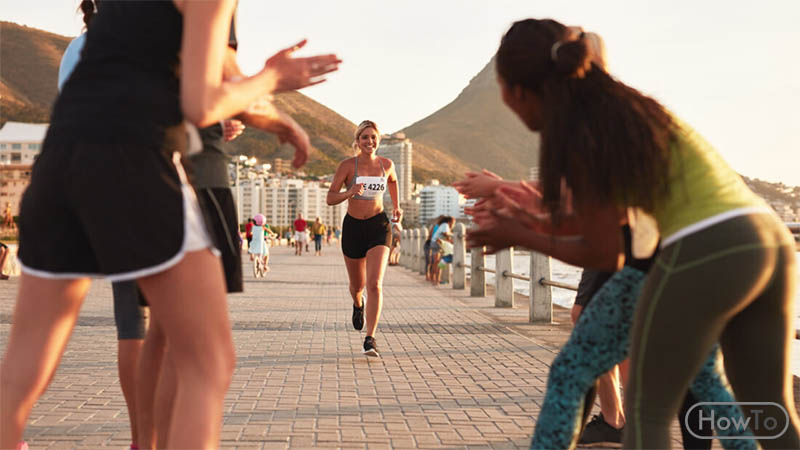 Be an infectious kind of hero. Be a hero that makes others want to become one as well. You’re so great of fulfilling your job as a hero that everyone wants to follow your lead.

Is it possible to become a super hero?

Regrettably, there’s no real way to gain super strength or to fly like in the comic books. However, that doesn’t mean that someone can’t become a real-life superhero. Across the world, regular people are donning costumes and creating personas to prevent crime and help their communities.

Originally Answered: Is it illegal to be a superhero? No, it is not illegal as long as the hero follows the law, him or herself. When the hero takes matters in their own hands, then it is illegal. These would usually be street level crimes.

Do superheroes exist in real life?

Disappointingly for comic book fans, there is no equivalent in the real world. But there are a surprising number of people who – by way of genetic mutation – have acquired abilities that could comfortably be classed as superhuman.

What is a superhero mindset?

A real-life Superhero is someone who’s all about reaching and maintaining goals while also achieving a balance in the everyday happenings. Conviction and drive are monumental character traits. Possessing Superhero abilities is not about accomplishing the “easy”.

What is the purpose of a superhero?

A superhero or superheroine is a stock character that possesses abilities beyond those of ordinary people, who typically uses his or her powers to help the world become a better place, or is dedicated to protecting the public, and fighting crime.

What is Superman’s moral code?

Superman has a fairly strict moral code that means he doesn’t kill. He’ll subdue his opponent but won’t end their life unless no other option is possible.

What is a strong moral code?

A moral code is a set of rules or guidelines that a person or group of people follow in order to live a life that is good. Moral codes are heavily dependent upon culture. The moral code that we live by influences many parts of our lives and often dictates how we act, how we dress, and even how we treat other people.

What are Superman’s beliefs?

Evidence seems to point to Superman being extremely moral and having a great respect for others and their beliefs but seeing “gods” as merely beings who act on a different level to humanity and thus not requiring, or deserving of, worship.

Why does Batman never kill?

First, Batman does not want to be murderer. He dedicates his life to being able to stop his opponents without lethal force. Second, he worries that once he crosses that line, he will not cross back. Third, he wants to believe that even the worst criminal can be stil be saved.

Superman tries to explain this to Batman, who instead attacks him and eventually subdues him using a kryptonite gas. In its dying moments, the creature kills Superman, who was weakened by kryptonite exposure. Following Luthor’s arrest, Batman confronts him in prison, warning him that he will always be watching.

Does Spiderman kill anyone?

Humans Spider-Man Has Killed. Deliberately killed the Finisher by returning a fired missile back to his tank. Accidentally killed Gwen Stacy, snapping her neck while she fell towards her death, thrown by Norman Osborn. It was a lose-lose scenario, so Norman gets the credit for the kill.

Who is Spider-Man’s greatest enemy?

The Norman version of the Green Goblin is usually regarded as Spider–Man’s archenemy. The second Goblin, Harry Osborn, is Norman’s son and Peter Parker’s best friend.

Has Batman killed anyone?

Originally Answered: Has Batman ever killed anyone? Yes in fact in the original Batman comics in 1939 he did kill and he killed pretty ruthlessly and he even used a gun. Later on in several comics he is seen killing “because he has no choice” or occasionally because he thought the person was too dangerous to let live.

Who is the evil Spiderman?

Spider-Carnage is a villain in the Marvel universe. As his name suggests, he is a combination of somebody with Spider-Man’s powers (Spider-Man or otherwise) and the Carnage Symbiote. He is the overarching and final antagonist of Spider-Man: The Animated Series as well as the main antagonist in Season 5.

Is there an evil Peter Parker?

Is there an evil Iron Man?

In the Marvel Comics Universe (MCU), the Superior Iron Man is an Anthony Stark who has his morality flipped, just like other heroes and villains after the Axis event. In short, he is evil.

Who is Venom’s arch enemy?

File this one under “no-brainer,” Carnage has long since been defined as Venom’s true arch–nemesis, even more so than Spider-Man.