We all are familiar with superman an all-time favorite superhero of the masses. We have grown up reading stories about him or seeing him live in action on our tv screens.

We all wanted to be him while growing up and one of the main reasons was that he could fly anywhere in the world without needing the aid of any transport.

So today we will learn how to draw our very own version of Superman that might not be as perfect as the real one but one can always try. 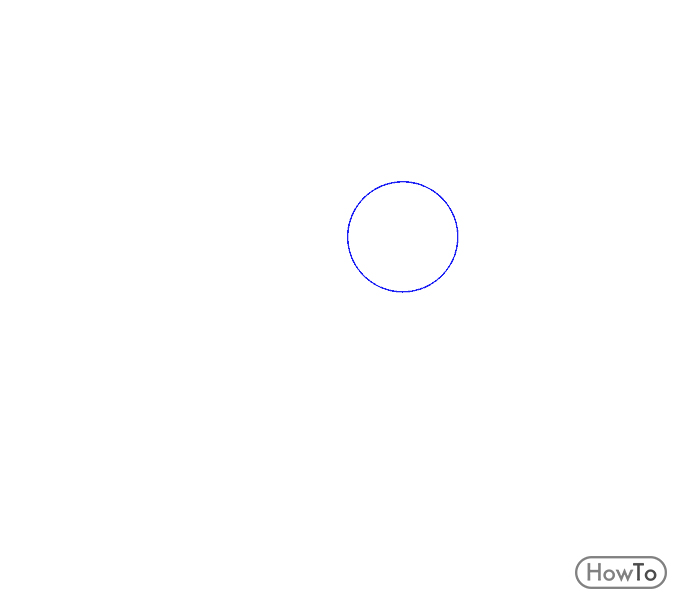 Starting off you will need a piece of paper, a pencil, and a clear desk so that you can draw easily without feeling crowded.

An A4 sheet, some color pencils, and your artistic mind will be the main tools used to draw a superman. 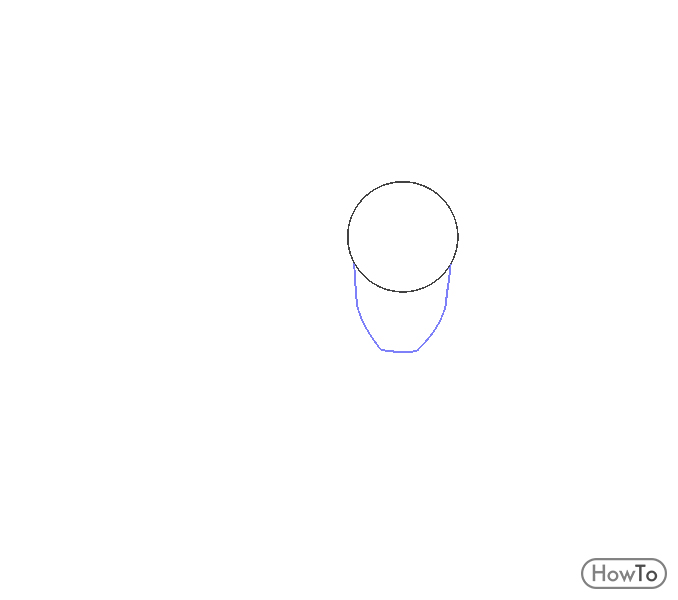 Don’t forget to have an eraser by your side as mistakes can be made. 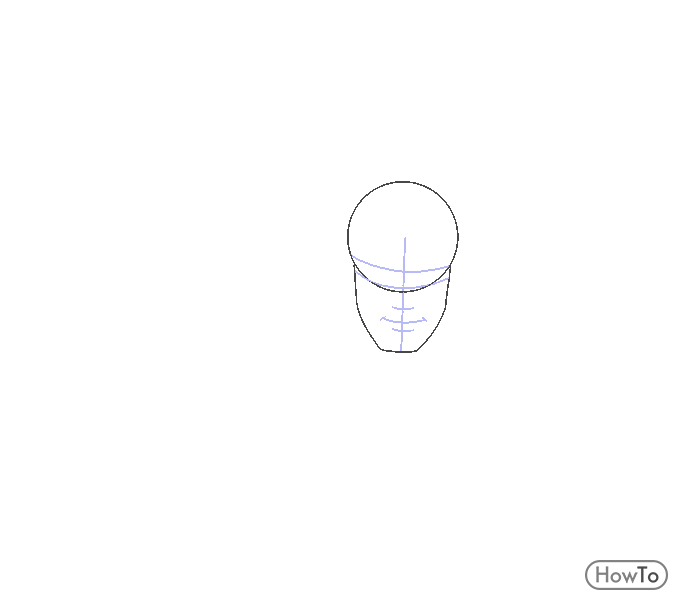 Roughly draw out an oval shape that will later form the head of the superman, a semi-circle slightly bigger than the oval which will later become the chest area.

Don’t worry the lines will later be erased with the help of the eraser we had put aside. 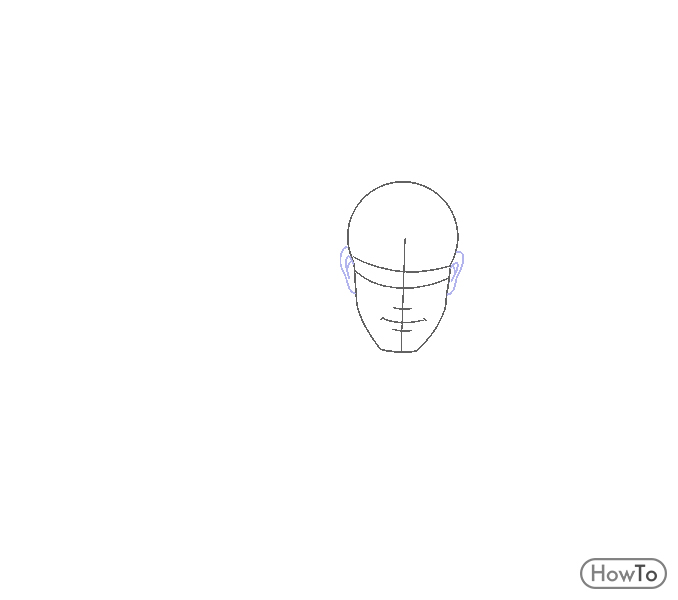 For the pelvic area draw a vertical oval shape that is more elongated than the first oval shape which was made. And from this oval shape draw two straight lines which are going to become the legs. 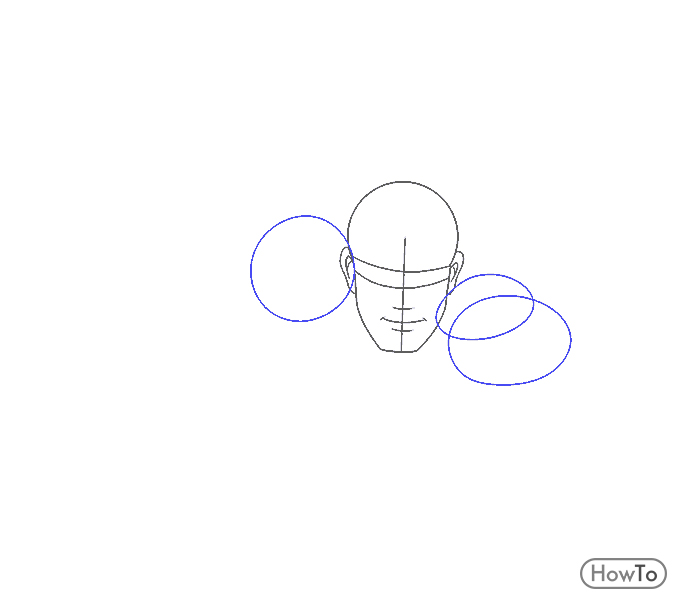 Draw simple cross lines running through the oval shape which will later help you in making the features of the superman.

Similarly, draw lines to connect the head to the torso and the pelvis so it would look like it is one part. 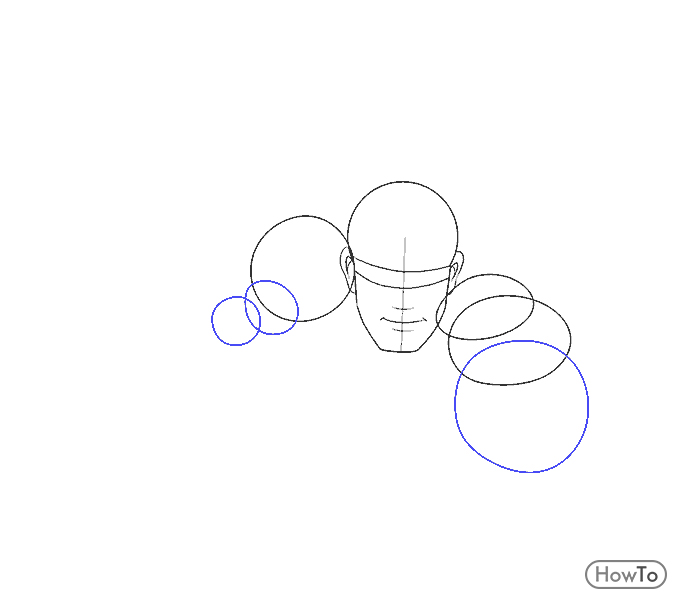 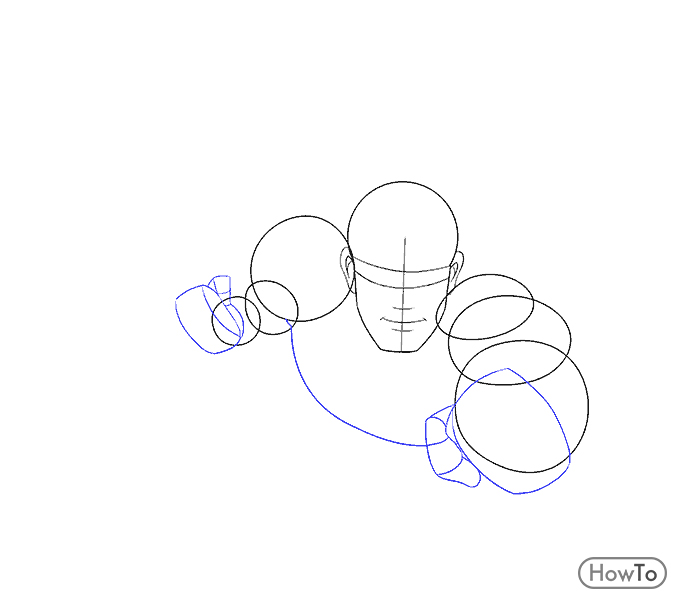 We all are familiar with the fact that superman used to work out or was naturally born with muscles that made him strong. So we would have to give our figure some muscles as well as equivalent to the ones we are used to seeing. 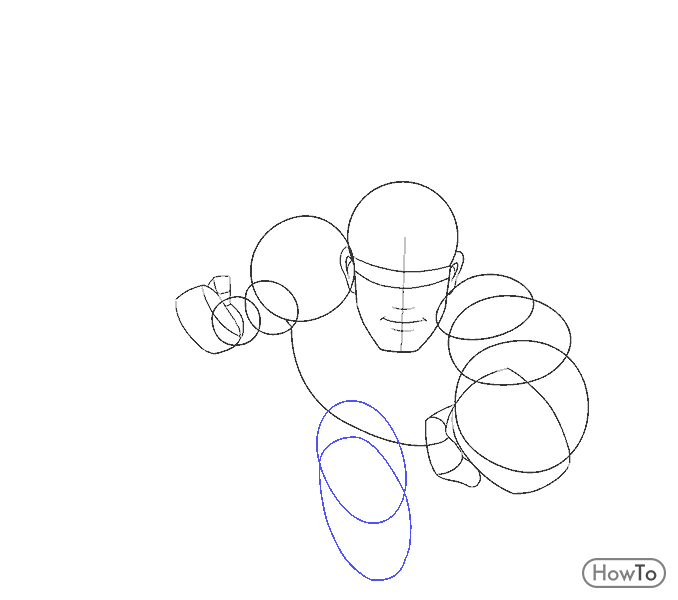 For the legs roughly draw ovals which are thicker at the top and as they go down they become less thick. Draw two small balls in the middle joining the knees with the thighs. 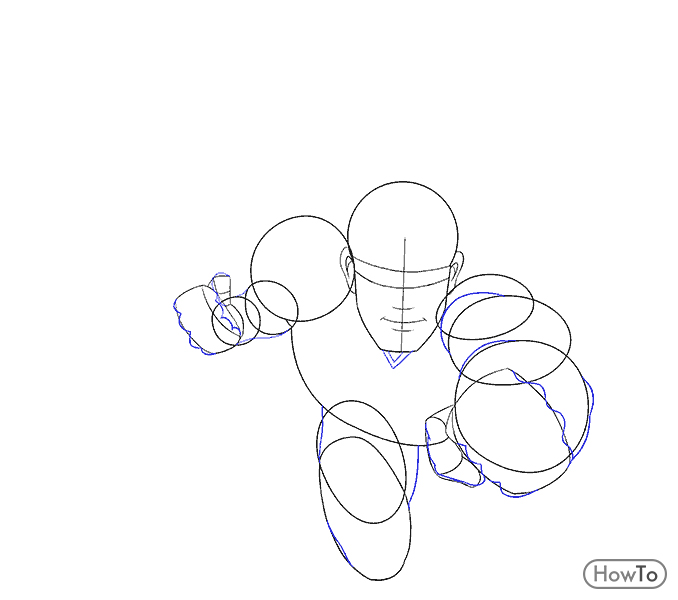 At this point, it is recommended to have a picture of superman nearby for direction.

Start by drawing the features of the superman. Start with the eyes. 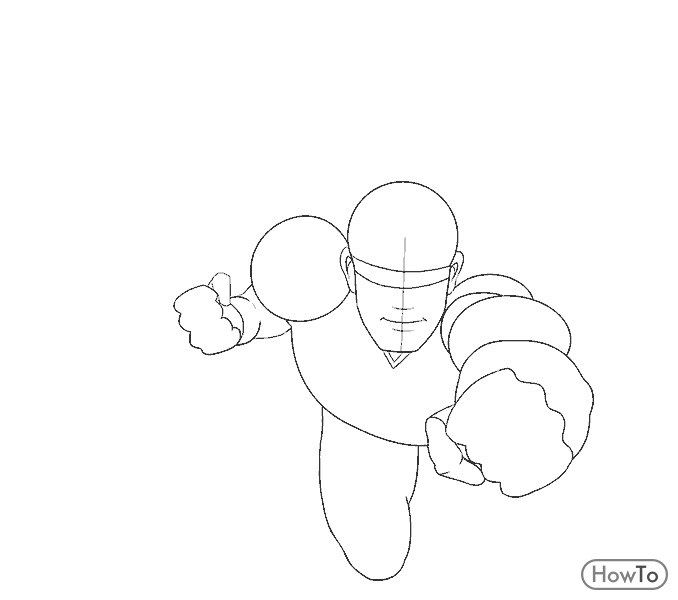 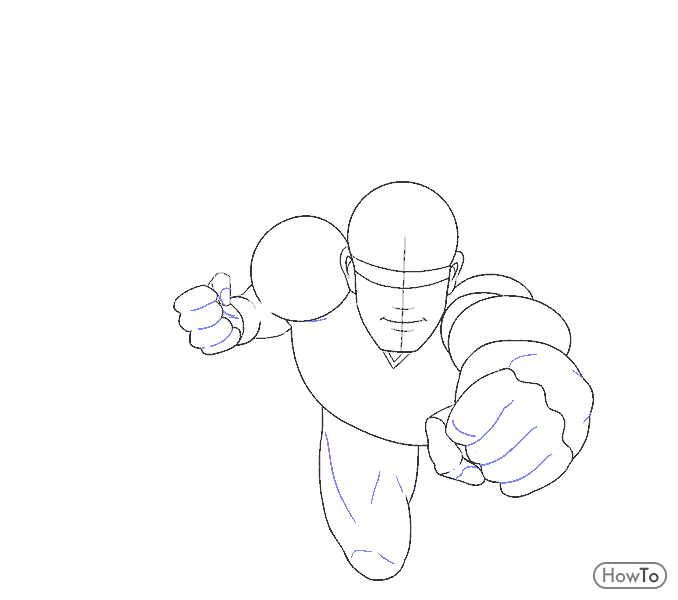 Add some curves to the torso area and try to make it look more bulky and realistic.

Sketch out the signature “S” in the middle of his chest along with the diamond in which it will be resting his costume is symbolic and iconic in its own way especially for those who have grown up reading his comics. 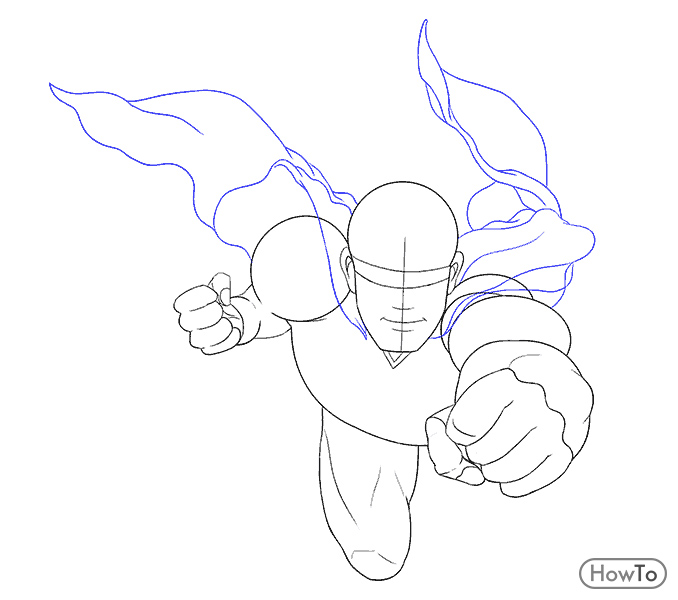 It brings such a strong sense of nostalgia. Add more definition to the arms and legs as well making them appear more muscular.

Draw the belt and the underwear that are all an essential part of the costume.

Step 7: Do not forget the jaw 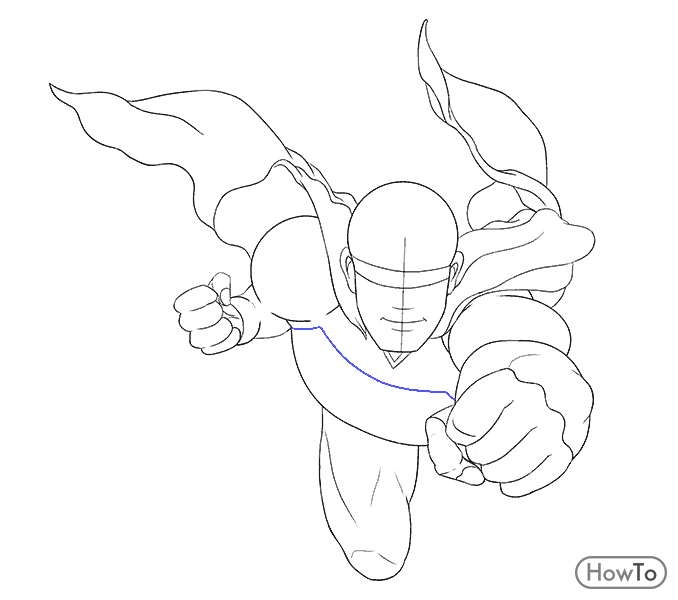 If you are drawing superman you cannot forget to draw his chiseled jawline that has always been a part of his personality.

And remember to add more definition to his cheekbones as well. 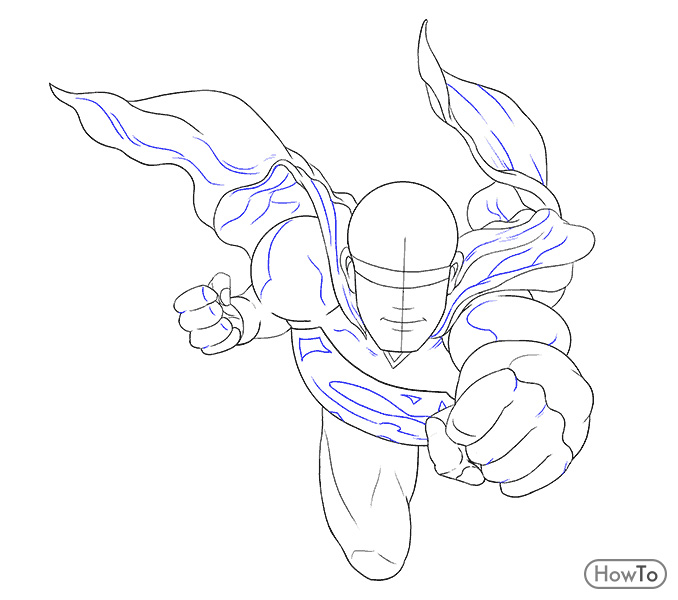 Now start by adding final touches to the costume and draw out the abs as well or try to replicate the abs.

Step 8: Where is that eraser? 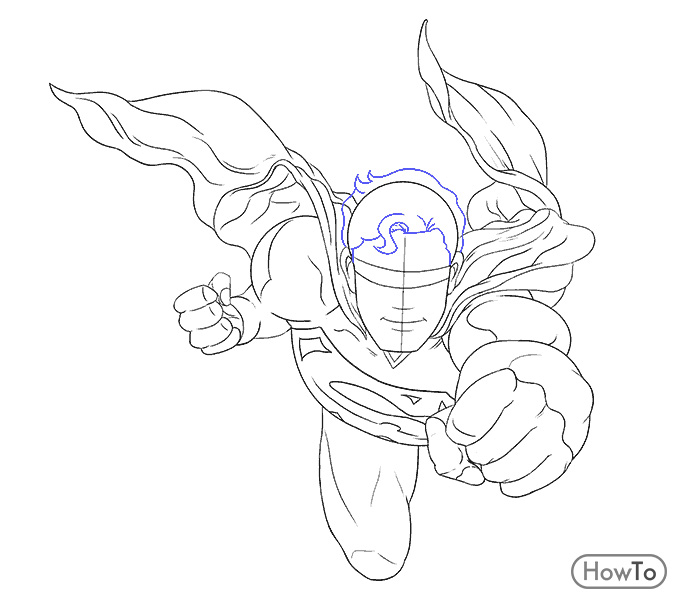 Now start by erasing the rough lines that were drawn to assist you in the drawing of your very own superman.

Hopefully, he turned out to be a reflection of the version you had imagined. Trace out the entire body once more making it look more wholesome and put together. 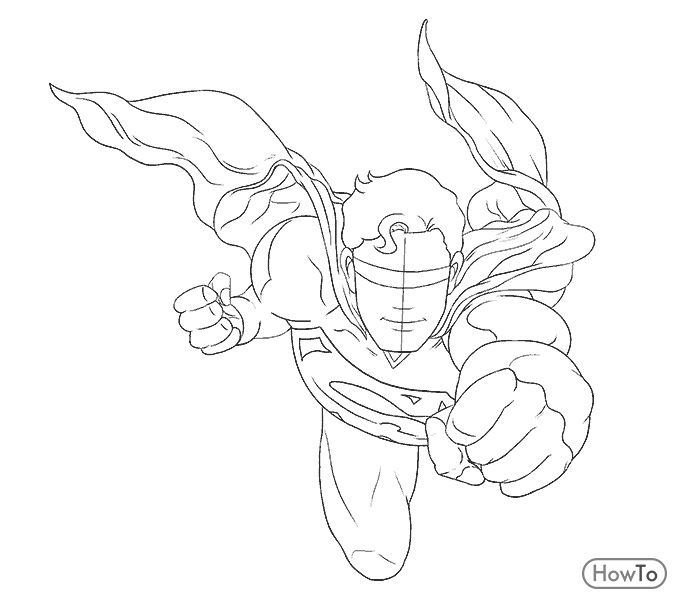 Erase the traces of all the help8ing lines you have used so that your figure would have a cleaner appearance. 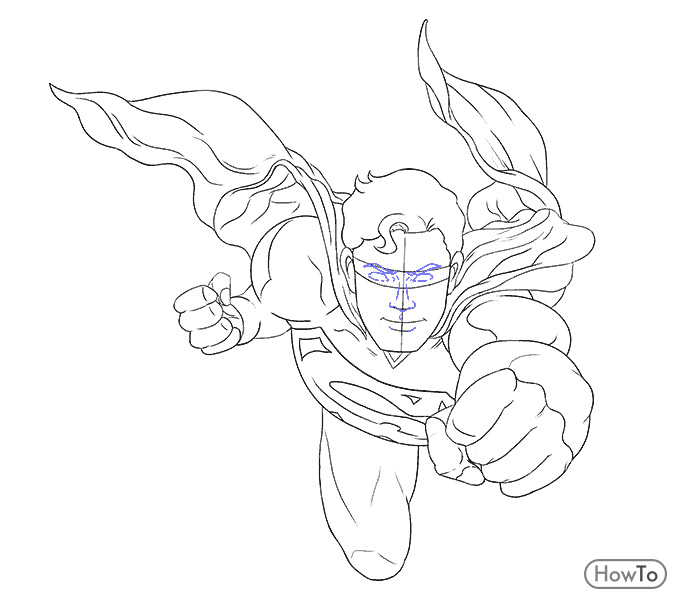 How can you forget to draw the cape? Sketch out the flowy garment starting from the shoulders all the way down the back. 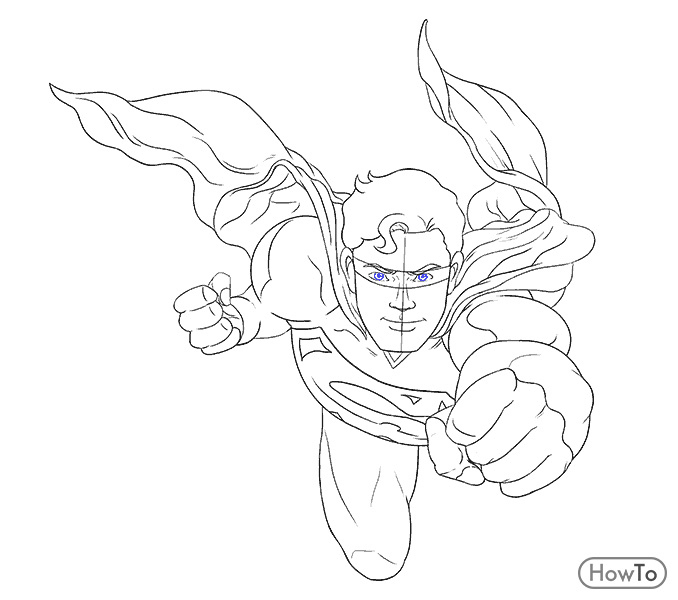 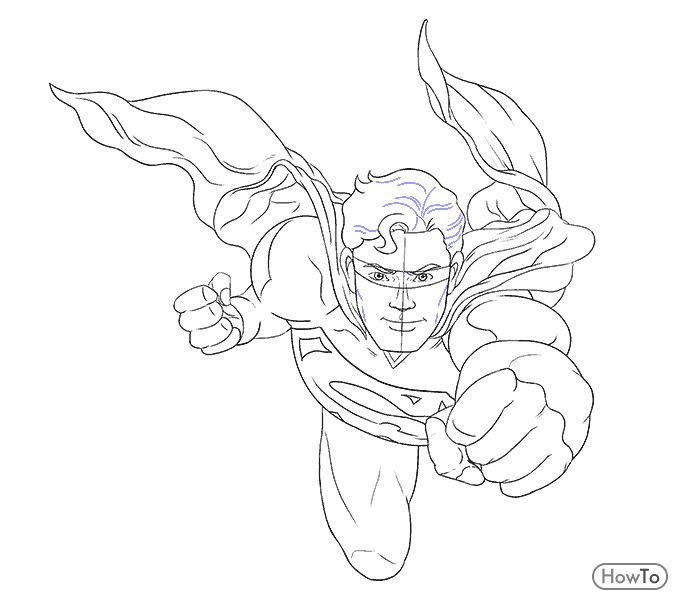 Hopefully, your version of superman would also possess all the same qualities and powers that are a part of the superhero we have all loved so dearly. 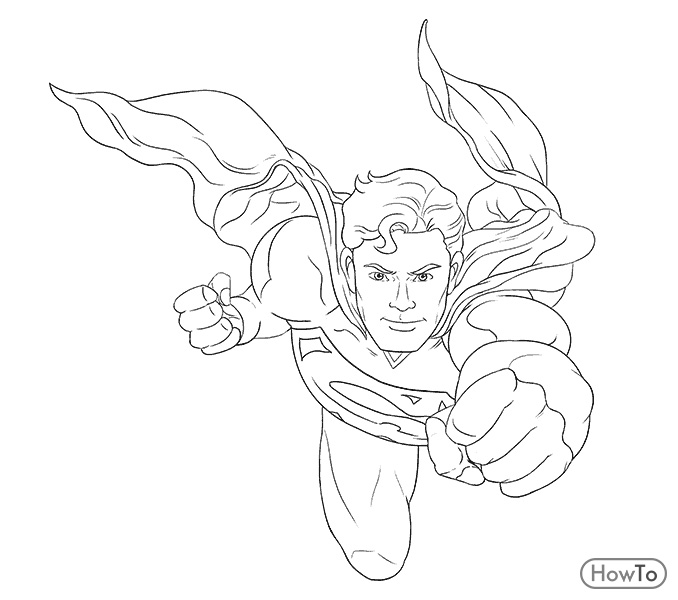 Now you have come to the end of your drawing and you have successfully made a superman for yourself. 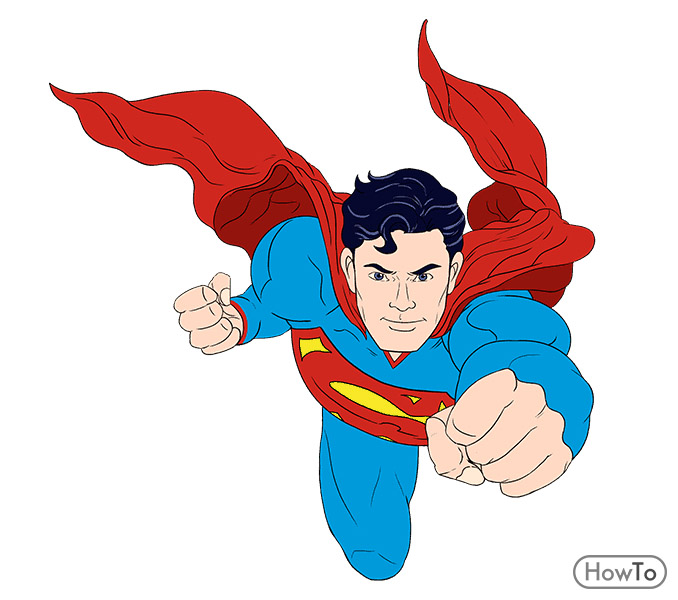 How do you draw a Superman step by step?

Step by Step Drawing tutorial on How to Draw Superman Symbol

How do you draw a picture of Superman?

How do you make a Superman symbol?

Step-by-Step Instructions for Drawing Superman’s Logo. Begin by drawing an upside down equilateral triangle – a triangle in which all the sides are of the same length. Draw a trapezoid on top of the triangle. Slant two short, straight lines upwards from the triangle’s points, then connect these with a straight line.

How do you make easy Superman?

The Bat-Signal is a distress signal device appearing in American comic books published by DC Comics, as a means to summon the superhero, Batman.

Why does Batman have yellow?

In some stories, Batman says that he wears yellow to make gunmen shoot at his chest like a target. That way, his bulletproof vest could protect him. Then, in 1966, the most recognizable and consistent symbol was created, when the curvature of the wings of the bat began to follow the curvature of the yellow oval.

What is blue Batman?

The best explanations I’ve seen are that printing conventions (not to mention technology) in the earliest days of the Batman comics favoured the sparing use of black ink. Blue was used to create the impression of darkness without having to actually use fill colours.

What is Batman’s IQ?

Abilities. Genius Level Intellect: Batman is noted as having an I.Q. of 1045.

What is Batman’s real name?

Batman’s cape, cowl, gloves, briefs, and boots are usually either black or dark blue with the body of the costume being grey. The yellow ellipse was introduced in 1964 as part of the “New Look” Batman stories.

What is the strongest Batsuit?

Designed together by members of the Justice League, the Hellbat suit is clearly the most powerful suit in this list. It was forged specifically to enhance Batman’s physical abilities.

How is Superman bulletproof?

The armor didn’t last long, however, and Superman quickly returned to his old cloth suit and cape. While the general consensus seems to be that Superman’s suits are as bulletproof as the Man of Steel himself, they don’t always seem to hold up to the wear and tear of crime-fighting.

How old is Batman?

The character of Batman is 77 years old yet the Batman is in his mid to late 20’s in the stories.

How old is Superman now?

Originally Answered: How old is Superman? 79. He was created in 1938 so that makes him 79 years old.

How old is Starfire?

She doesn’t state her age, but her physique puts her around the 14-16 age range. Then, she reveals that her sister had her enslaved for six years, putting her age range around 20-23. This age range makes her the oldest member of the Comic Teen Titans.

How old is the joker?

The Joker’s age changes depending on the version of the character – for example, in Batman: The Animated Series, he’s 44 years old, but in some stories in the comics, he has been portrayed as being in his late 50’s, so it’s not surprising that the movie went for a younger portrayal.