Arrowheads are very popular from ancient times. These are several places such as rivers, streams, creeks, campsites, etc. where we can find arrowheads. Some of us might be curious to know which the best places to find arrowheads are.

We will discuss all these points in further sections.

How to Find Arrowheads in Woods? 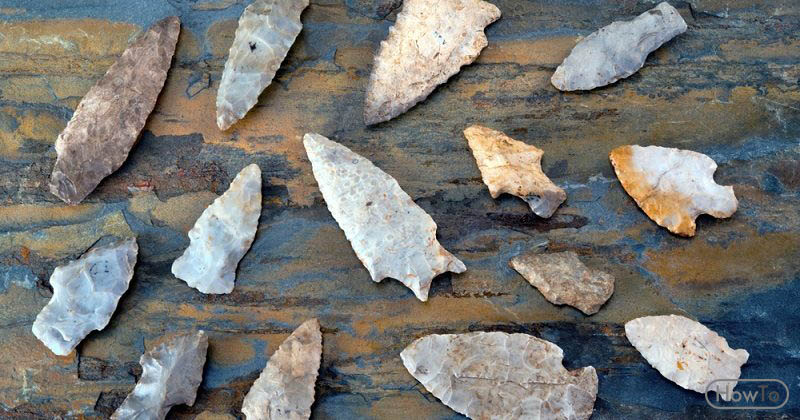 This is a great and interesting thing to find arrowheads. There are many methods to find these. Let’s explore more about finding them. If we keep on walking in the woods effortlessly, then obviously, we are not going to find anything. If your luck is with you then things might be different but otherwise, you need to make an effort. So, let’s have a glance at the steps and find arrowheads.

The very first thing we have to do is explore as much as possible. Look for the place that you find sort of different rather than other places in the woods.

● Get Information about Ancient People and how They Used to Live

In this step, we need to gather information about ancient people, their lifestyle, culture, place, etc. We require this so that we can get an idea of where they used to keep their weapons (arrowheads). This information will lead you to the arrowheads.

This step might be difficult for some people but if you want to hunt the treasure, then you have to do this.

● Look for the Evidence

If your research is proper, then you will finally get into the exact woods and there you will find a place like camps and all. Search these places to get evidence. Use some skills like the search for water resources which can be a suitable place for camping. And in this way, you will be very close to the arrowheads.

How to Find Arrowheads in Rivers, Streams & Creeks? 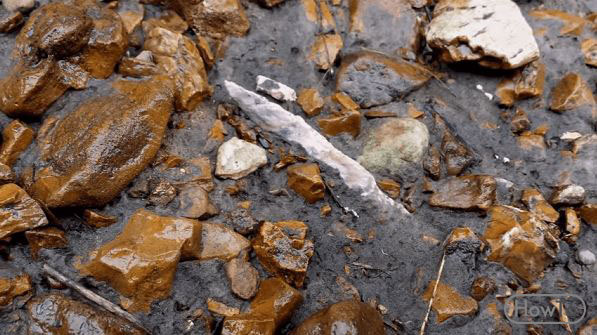 As we know that arrowheads are made up of stone. So when they are in the river they sink at the bottom with other stones and pebbles and flow along with them.

So, search for the arrowheads between the gravel bars and other rocky places of the river. Maybe you get an arrowhead sticking between the other rocks of a similar size.

But the important point is that we have to look for the ancient river. If the river is just as it is previously, then go for it and search thoroughly in the rocky areas. There are some of the tips that will help you out to find the arrowheads in the streams and creeks.

● Sandy Bottom of the Stream

There is very little expectation to find the arrowhead.

Most of the chances to find the arrowheads are in this area. This area can consist of arrowheads of any size.

Small-sized arrowheads can be found in these gravels.

It is very few chances to find small sized arrowheads or bird points. So, now we have got an idea of where to find the arrowheads in rivers, streams, or creeks.

How Deep are Arrowheads Buried?

Well, we don’t know that the ancient arrowhead we are hunting is how ancient, like it maybe 500 years old or 50,000 years old. So, it depends, the more ancient the arrowhead, the deeper it would be buried.

Also, we cannot be so sure about the depth. Due to natural calamities or other climatic conditions, the arrowhead might bury deep or just flow to some other places.

Which is the Best Place to Find Arrowheads?

Finding arrowheads seems to be challenging when you are not having any knowledge about it. But with some help and our research, we can hunt the treasure easily.

Can You Dig for Arrowheads?

How do You Identify Arrowheads? 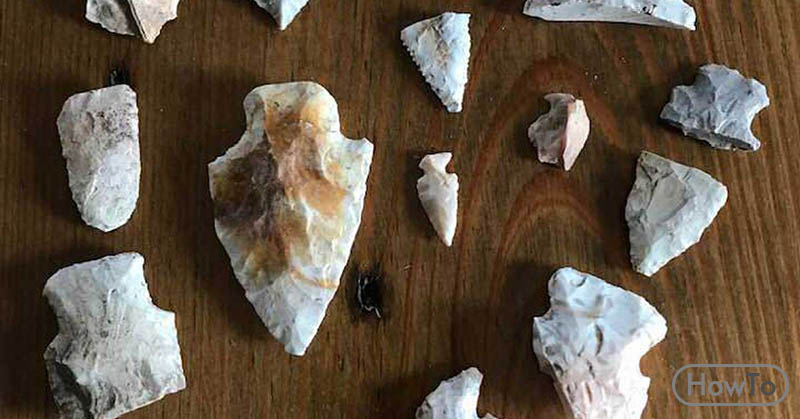 To identify arrowheads we have to follow certain steps.

There are different types of arrowheads made up of different materials. They also differ in sizes and designs. So, read well and try to remember all of them. Search their images and try to get them in your head.

Go for a suitable location and try to locate it on the current map. Reach there with the help of Google maps.

You should have a great knowledge of different materials used to make the arrowheads. This will help you to find out the fake arrowheads.

Different types of arrowheads come in different shapes and sizes. Go through them via the internet.

This is the most important step. If your research is accurate then it would be easy to hunt the arrowheads but if the research is not proper, then you will be only wasting your time. These are some points that will lead you to a better vision to look for the arrowheads. Let’s have a glance at different types of arrowheads. Some of them are lanceolate arrowheads, notched, stemmed arrowheads, and miscellaneous arrowheads include bifurcated, expanded blade broadheads, other shaped lithics, etc.

Arrowheads consist of steel points that are meant for hunting. Different types of points are,

Blades have different shapes such as excavated, incurvate, and inward recurvate, outward recurvate, straight, and serrated. Material that is used to make arrowheads is bone, flint, chert, obsidian, and wood.

Where is the best place to find arrowheads?

Where can I find arrowheads in the woods?

Arrowheads are made out of stone, so they tend to move along the bottom of the river just like other rocks and gravel. Spend time looking for arrowheads in the gravel bars and other rocky areas. Look along the water line as well as just inside the water line.

Are arrowheads hard to find?

Arrowheads are not very hard to find

Arrowheads are everywhere – arrowheads have been used in North America for thousands of years, and a stone arrowhead can last for a very long time. However, they are not so easy to find that you will have much luck finding them just anywhere in the woods.

Where can I find arrowheads in creeks?

Do all creeks have arrowheads?

Re: Can Arrowheads, be found in most Rivers & Creeks? The short answer is yes: they can be found in nearly any river or creek. The truth is that it’s a bit more complicated in terms of the artifact concentrations and how much luck you will have.

What is the rarest Arrowhead?

How old is the arrowhead I found?

The age of the earliest arrowheads found is around 65,000 years old when the bow and arrow technology was first introduced. It belonged to the Upper Paleolithic era.

Are my arrowheads worth anything?

Since they are so common, you won’t be able to sell a typical arrowhead for much. However, some arrowheads are worth much more than others. An arrowhead can be worth $20,000 in the best cases, even though it might only be worth $5, and an average arrowhead is only worth about $20.

What arrowheads are worth the most?

Arrowheads are worth more if they are very ancient or made out of unusual materials. An arrowhead (or more likely a spearhead) that is 10,000 years old might be worth a fortune. Arrowheads made of gems such as japer are worth more than typical grey stone arrowheads.

What is a Clovis arrowhead?

What does it mean when you find an arrowhead?

An arrowhead, also known as an arrowpoint, is the pointed tip of an arrow. Native Americans have long believed that wearing an arrowhead around your neck is a symbol of protection and strength. It has also acted as an icon of courage, protecting whoever wore it from illnesses and negative energy.

How can you tell if an arrowhead is real?

What kind of rock are arrowheads made from?

What is an arrowhead shape called?

Those that have survived are usually made of stone, primarily consisting of flint, obsidian, or chert. In many excavations, bone, wooden, and metal arrowheads have also been found.

Is Obsidian a real thing?

In Euclidean geometry, a kite is a quadrilateral whose four sides can be grouped into two pairs of equal-length sides that are adjacent to each other. A concave kite is sometimes called a “dart” or “arrowhead“, and is a type of pseudotriangle.

Where do you find chert rock?

obsidian, igneous rock occurring as a natural glass formed by the rapid cooling of viscous lava from volcanoes. Obsidian is extremely rich in silica (about 65 to 80 percent), is low in water, and has a chemical composition similar to rhyolite.

How can you tell if a rock is chert?

Commonly called flint, chert is a fine-grained, noncrystalline sedimentary rock made up of silicon dioxide (SiO2). (The mineral quartz has the same chemical formula.) Chert layers are commonly found in eastern Kansas, occurring as irregular beds or rounded nodules within limestone formations.

Chert has four diagnostic features: the waxy luster, a conchoidal (shell-shaped) fracture of the silica mineral chalcedony that composes it, a hardness of seven on the Mohs scale, and a smooth (non-clastic) sedimentary texture. Many types of chert fit into this categorization.