Getting rid of sour-smelling laundry can be tricky, especially during the rainy season. When there are monsoon arrives, humidity in the air increases significantly leading to sour smell in washed clothes. At times this can be the result of not washing your clothes properly or not drying them completely. With household items that you have in the kitchen, you can easily combat the smell. If you had left them in the washing machine for long, even then such a smell can accumulate. Rather than washing them all over again, you could use some simple tricks too.

How to Get Sour Smell Out of Clothes without Rewashing? 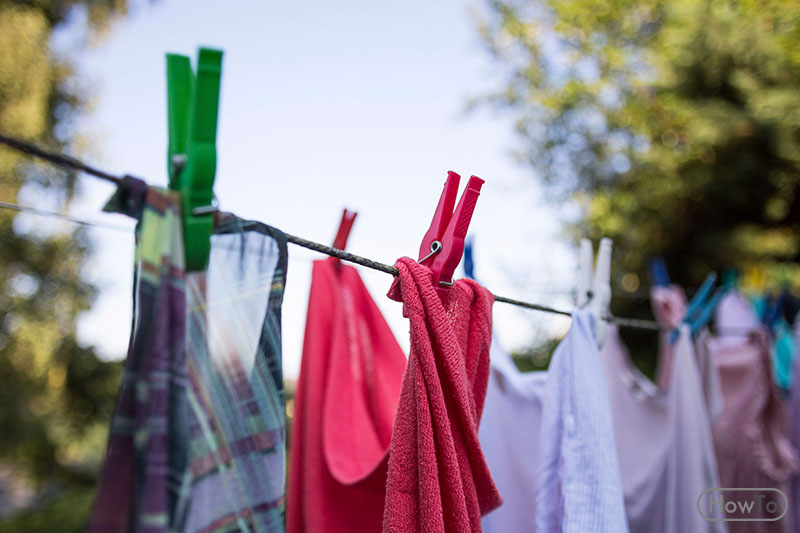 So, as we were mentioning that leaving behind for long can accumulate the smell, and rewashing isn’t always necessary. This is where some household items from the kitchen will come to your rescue. A kitchen is a wonderful place with tons of ingredients, and one among them is a lemon or, lemon juice to be more specific.

Make Sure Your Clothes are Completely Dry before Fold

How to Get Sour Smell Out of Clothes Front Load Washer?

A front load washer is not a big problem in the sense that it can do all that a top load washing machine can. The important part to remember is that you can use lime or lemon juice as add on to your regular detergent during the wash. Or, you can simply use it after the wash, add it and then give it a quick 5 min spin. The clothes will absorb the mixture and begin to smell fresh. Yet, you can either dry them inside the washing machine, for fully automated machines or dry them afterward.

How to Remove Underarm Odor from Clothes? 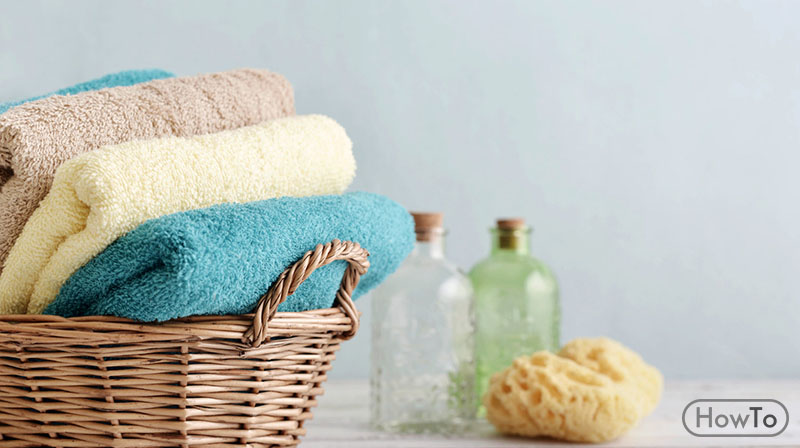 Here is a great video that demonstrates the process of doing so. It is a short video where you can learn something new in under 2 minutes. In short, removing body odor or underarm odor is not a big issue. But, if you want to keep your clothes smelling fresh, make it a point to wash them regularly, without delay.

White vinegar is a powerful odor repellent and neutralizer that acts chemically with the smell. It works magic in the underarm areas of the fabric, and it is affordable. You can purchase products online or from your local grocery store.

How to Get Sour Milk Smell Out of Clothes?

If the clothes smell sour due to spoiled milk, this can be a challenge for you. The odor of spoiled milk is traditionally very difficult to remove and the sooner you can clean the spot, the best it is. Especially, if it is your baby’s clothes, the sour smell of milk can be quite hard to remove. Since they have frequent access to milk, it is almost certain they spill the milk on their clothes. There are some very simple ways to remove it when the stain is fresh, but it can get very hard if you ignore it.

The most common causes for sour–smelling clothes are leaving them in the washer too long before putting them in the dryer or overloading the machine. Rewash them in smaller loads with a cup of sudsy ammonia. Use the hottest setting that’s safe for the fabrics you’re washing.

Will vinegar get sour smell out of clothes?

If your clothes smell like the bottom of your gym bag, don’t worry. Add a cup of vinegar to your laundry and they will come out smelling fresh. You can also use up to 1 cup of baking soda or washing soda to beat the stink. Just don’t mix the vinegar and the baking soda/washing soda, as they will cancel each other out.

How do I get the sour smell out of my workout clothes?

White vinegar is a miracle ingredient when it comes to getting rid of icky odors. Before you wash your gym clothes, soak them in the sink or a clean tub with one cup of white vinegar and some cold water. Leave them there for about 15 to 30 minutes, then clean in the washing machine.

How do you get bad smells out of clothes?

Add a cup of vinegar or a cup of baking soda to the wash to combat odors. Consider using a clothesline to dry your clothes outside to get a fresh outdoors scent. Use half a cup of pine-scented cleaner in the washer (the pine smell will be eliminated after a cycle in the dryer). Put musty, dry clothing in the freezer.

Adding 1/2 cup of baking soda to the rinse cycle helps to remove odors from clothes (and shoes) and also softens them naturally. If your clothes smell like sweat or smoke, it’s best to let them soak in a baking soda solution overnight. Soaking gives the baking soda time to go to work as a deodorizer.

Why do clothes still smell after washing?

Sometimes the source of unwelcomed odors is your washer itself. Fabric softener and detergent can build up, block filters and harbor bacteria. So, as you wash again and again, your clothes are exposed to bacteria in the water.

How do I fix a smelly washing machine?

Pour two cups of white vinegar into the drum, then run a normal cycle at high heat—without any clothes, of course. The baking soda and vinegar should break up any residue stuck to your drum and kill any mold that might be present. They’ll also help remove any foul odors.

How do I get armpit odor out of clothing?

White vinegar is a powerful odor neutralizer and works wonders on underarm areas of fabrics. Fill your washing machine with water, then add 1/3 cup of white vinegar. Turn off the machine and let the garment soak for 20 minutes, then launder as usual. (This will also work to freshen your musty smelling towels).

What do you spray smelly clothes with?

Febreze Clothing Fabric Refresher Spray eliminates odors from your lightly worn clothing so you can wear and rewear without a trip to the dry cleaners. With the fresh, just-out-of-the-dryer scent of Downy April Fresh, you can enjoy the delightful aroma without doing a single load of laundry.

What does adding vinegar to your laundry do?

Vinegar seems to neutralize odors, leaving your clothing smelling clean. It can reduce odors from smoke, pets, and sweat. Add 1/2 to 1 cup of vinegar to your laundry to deodorize smelly clothes.

What absorbs bad smells in Room?

Last but certainly not least, use a natural odor absorber like baking soda to trap any lingering odors in your room. Since odor absorbers are soaking up the air particles that cause bad smells, you will need to replace them often.

As Febreze dries, more and more of the odor molecules bind to the cyclodextrin, lowering the concentration of the molecules in the air and eliminating the odor. If water is added once again, the odor molecules are released, allowing them to be washed away and truly removed.

Does vinegar get rid of smells?

Similarly, white vinegar can deodorize your entire house. Simply simmer the clear liquid for an hour, vaporizing the acetic acid it contains. Because acetic acid easily bonds with volatile molecules, a light mist of it will banish odor from your house.

Can a bowl of vinegar absorb odor?

Rather than trying to mask these smells with air fresheners, soak them up with vinegar! Place a bowl of white vinegar in each room of your house and let it sit overnight. The vinegar will absorb pretty much any odor – everything from cigarette smoke to pet odors.

How do you make homemade Odor Eliminator spray?

Combine a teaspoon of vinegar with 2 cups of water in a spray bottle then lightly mist the air (you can also stir in a few drops of essential oils). It smells a bit vinegary at first but dries odorless leaving no bad smells or vinegar scent.

How long does it take for baking soda to absorb odors?