Rapping is such a fantastic talent that anyone can have. Only a few individuals can harness this talent. It’s hard to talk fast while maintaining a clear diction, tempo, and rhyming. Most successful rappers even compose their rap songs to connect with their audience.

If you’re interested in venturing out in the rapping industry, you need to have a clear plan on how to do it. It’s best to start now and nurture your future career. Here’s how you can start rapping as a beginner.

Steps you need to take to Start Rapping

1. Start practicing how to rap

You need to consider that you are not a rapper yet until you are labeled as one. You can be one after multiple times of failing, getting up, and practicing as much as you can. It’s a skill that has to be developed and improved over time. It all applies to anything else in life; mastery doesn’t happen overnight. It’s a collection of pure determination, blood, sweat, and tears.

Ask yourself if you’re up for the challenge and commitment that it demands to stick into training how to rap. If you see a future by pursuing this passion, keep the fire burning. A lot of times, others quit without even trying because of how they see other successful rappers. They compare themselves to them, knowing that their assumptions aren’t real.

Remember that every individual is different- different paths, different skills, and different stories. Just focus on your progress by honing your skills, and eventually, you’ll see some good results.

Keep your mind creative as much as possible. Don’t let it go redundant and keep off the momentum from going. Most successful rappers keep the fire burning by composing 16 lines of rap daily. This is the most common pattern that most rappers follow, having 16 bars or lines of rap.

The bars mean as a line. Most rap songs are divided into 16 bars or lines. This pattern has been long used since rapping has evolved in the entertainment industry. Start practicing this to keep ideas going and create better content. This practices how you make up a story, lines, and even the rhythm.

The more you practice this daily, the more you get better at rapping as well. Have you ever noticed how witty are those rappers during rap battles? They can come up with lines out of nowhere as they memorized it. That’s because they compose regularly and practice their way with words.

Rap songs are nothing if there’s no story behind it. Like any other song, there should be a purpose for why the audience has to listen to your rap. Some rappers root from their past experiences like the childhood ones, teenage struggles, and even the story behind their success. They leverage these past experiences to connect with a bigger audience that can relate.

You can do this by starting a simple and easy topic. It doesn’t have to be grand. Some beginners even start by creating a rap about their favorite food or their naughty pet. The list goes on and on. As long as you practice composing a clear story that you’re trying to express in your rap song, it always works. In time, you’ll get better at it by composing rather deep and meaningful titles or topics for your songs.

4. The Secret Lies in a Catchy Chorus 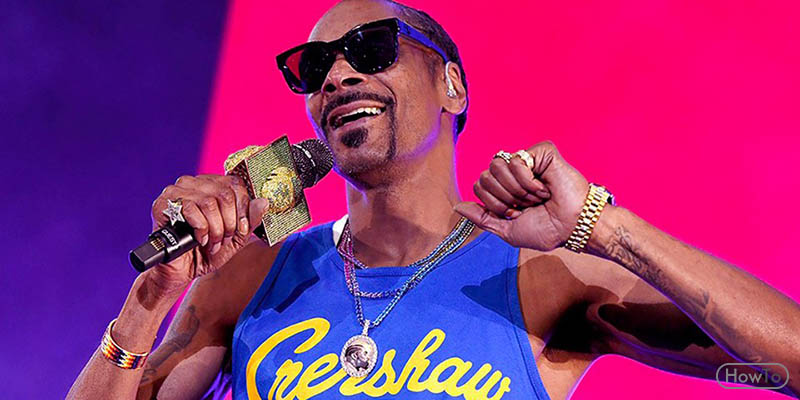 Have you ever noticed how most listeners always remember the chorus most of the time but can’t sing the whole rap song? That’s because most successful rappers composed a catchy chorus that everyone, whether a rapper and non-rapper, can relate to. The chorus also signifies the uniqueness of your song and even as an artist.

Make a statement and a mark from your listeners by composing the catchiest chorus as possible. The chorus should show after making the first 16 lines or bars of your rap song. Pick a chorus that is easy for the audience to catch up and sing in unison. For example, how Drake’s “In My Feelings” goes, it has a catchy chorus that everyone in the world knows how it goes.

But, you don’t have to be like Drake at this point. You can practice and get inspirations from other rappers that you look up to.

5. Practice with making beats and rhymes

Most successful rap songs have an undeniably hip and cool rhyming that everyone who listens can vibe into. Start with a simple flow of beat and rhyming that you’re comfortable to do with. Starting with less complex flows can help you learn and balance the rhyme of your rap song.

You can do this by rhyming the end of the lines first. It’s pretty much like writing a poem, and it sounds good when it rhymes. This will help you to organize your thoughts and ideas altogether instead of just writing jumbled words. Eventually, the more you practice, organizing your thoughts can be a no brainer for you anymore. Rhythmic words will spit out of your mouth, gracefully and effortlessly.

6. Practice the song and listen to yourself

Before you perform in public, criticize yourself first. Put your shoes in the audience’s shoes. If you are to listen to your rap song, will you be wowed or amazed? Can you keep the audience to wanna ask for more? Is this deserving to be heard on the radio or accepted with a credible music label? I know it sounds harsh, but remember, there are tons of rappers out there who are also trying to make it. You have a bigger competition, and it’s crucial to know your edge.

If you have to make some adjustments to your rap songs, improve your diction, enhance the beat and perfect the rhyme. Listen to yourself practicing over and over again until you can say, “this is it.” Never settle for less. Success won’t welcome you that way. The best artists are full of creativity, determination, hard work, and, most importantly, patience. One rap song won’t make you like Eminem overnight, but you just turned into a rapper of your own.

7. Promote your music and perform

There’s a lot of ways to penetrate the rap industry. As a beginner, it’s wiser to make a social media presence. Start your website, launch a youtube page, and Spotify/iTunes account where people can listen to your music for free. At this point, as a beginner, you can’t be paid big yet. Remember, it’s not about the money, it’s for the passion for music. If that’s where you’re headed, you’ll end up getting frustrated.

Everything takes time. Take this step to introduce your unique talent and let the people decide. Eventually, the right opportunity will come, and by that time, you’re going to be unstoppable. Take note of the constructive criticism to improve your songs and the way you rap while retaining your identity as a rapper. Don’t lose yourself by imitating other rappers. Be you!

We hope that you’ll be successful in your passion for rapping. I hope these steps will guide you along the way.

Can you teach yourself to rap?

If you want to learn how to rap, the best thing you can do is practice…and keep doing that. You will need to practice over and over and over, and in every way you can imagine. Practice copying other Rappers, practice your own song, and then do it with a completely different rhythm.

How do you train your voice to rap?

How do I start rapping with no money?

How To Start Your Rap Career With No Money

How do rappers get famous fast?

You can only become famous if your music is popular, which means people need to be able to listen to it. Before you get signed to a label or release a record, exposure online can be an early springboard towards success. Partnering up with a video producer to create a music video can also help get your music out there.

Can you become a rapper at 13?

Originally known for its tough lyrics about street life, many rap songs have been absorbed into pop music. Rap performers have traditionally been young men but there is no age requirement. Becoming a rapper at the age of 13 is no different than doing it at any other age. The main idea is to get a record deal.

Is being a rapper easy?

Becoming a rapper isn’t easy, however, and there will be a lot of haters and competitors out there hoping to make you fail. But if you try to focus, make great music, build a fanbase and get the right connections, you too can make it big in “the game.”

How do I promote myself as a rapper?

Who is the fastest rapper of the world?

Eminem is one of the fastest rappers in the world. He holds the Guinness World Record for most words rapped in a hit single. The record came in 2013 when he released Rap God that packed 1,560 words in a song that is 6 minutes 4 seconds long.

What makes a rapper great?

A great rapper can sound comfortable over a variety of sounds and production styles, and that comfort points to a mastery of many necessary skills—delivery, flow, clarity. It also points to awareness, which in a more intangible way is what really makes a rapper great.

What skills do rappers need?

Who is World No 1 rapper?

1. Drake – Best Rappers In The World. Aubrey Drake Graham, professionally known as Drake is a Canadian singer, rapper, producer and songwriter as well. He is undeniably hip hop’s number one trendsetter since 2009 when he joined the scene.

Who is the king of rap?

Eminem has been crowned the King of Hip-Hop by Rolling Stone. The magazine took a look at solo rappers who released albums from 2009 to the present, taking into account album sales, rankings on the R&B/hip-hop and rap charts, YouTube video views, social media, concerts grosses, awards and critics’ opinions.