Hockey is one of the most interesting games in this world. There are several tournaments of this game throughout the world. Players use different types of tricks to take their game to a different level. This is why they wrap their hockey sticks with tapes. Here are the tips to tape properly.

How to Tape the Toe of a Hockey Stick? 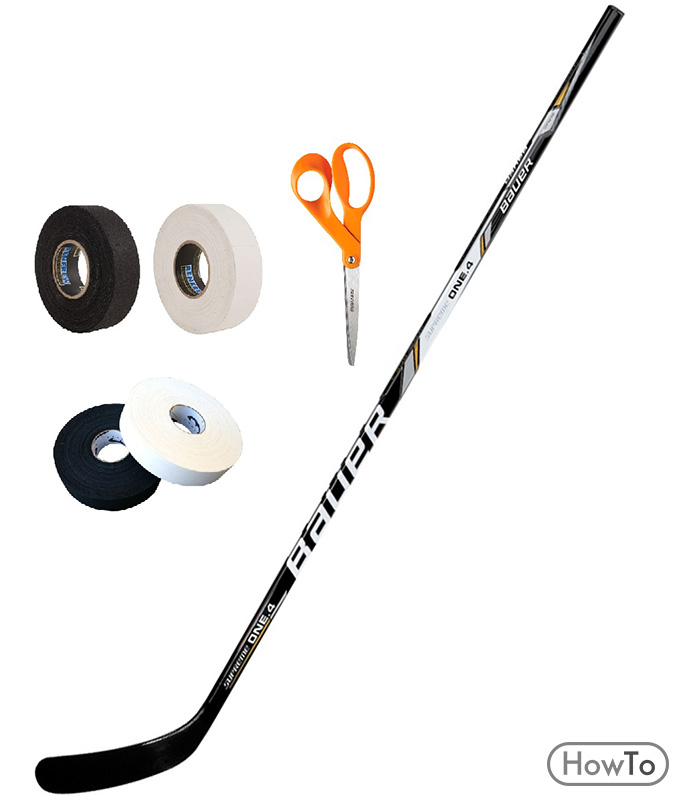 Since we are discussing the techniques of taping a hockey stick, first of all, we need to know why we tape the hockey sticks. Is it really helpful to tape the sticks? The answer is yes. It is helpful actually. These tapes help the hockey stick to stay safe from any kind of damage. As we play hockey on the grounds and we have to hit the ball with these sticks, there may be damages on the stick. To protect the sticks from those external shocks players tape them. There are other reasons too for this action.

Start it from Heel to Toe or Reverse 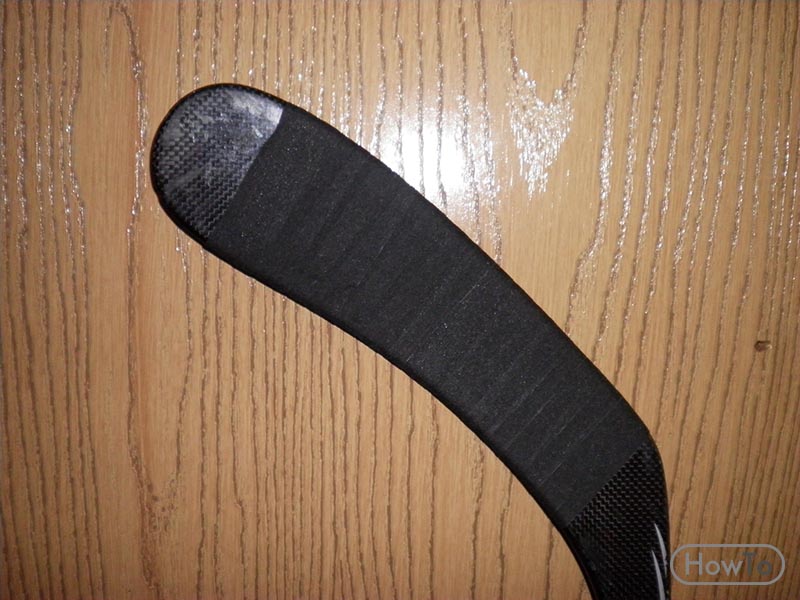 To tape the toe of a hockey stick you can start it from heel to toe or in the reverse direction. But the best way to tape the hockey stick is to start the taping from the toe leaving half of an inch space at the bottom.

How to Tape Hockey Stick Handle?

Players generally tape their hockey sticks as they want to get a better grip on the handle. A better grip gives you better control on the stick that the intern provides you with the best ball control. It also helps you to protect your hockey gloves from wear and tear. Thus taping the hockey stick handle properly is very important. Generally, when players tape the handle of their sticks, they do it for about 6 inches in length. They start it from the top and progresses towards the blade of the hockey stick. 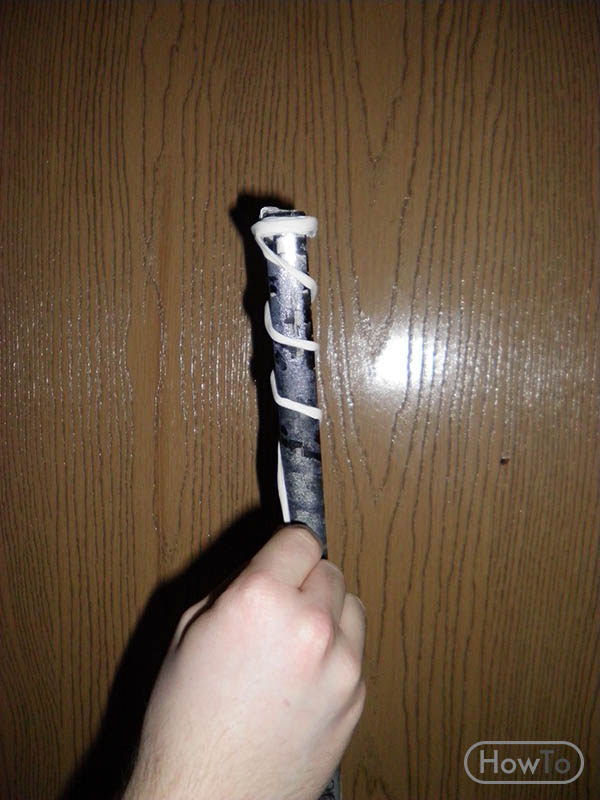 How to Tape a Hockey Stick with Two Colors?

How to Tape a Field Hockey Stick? 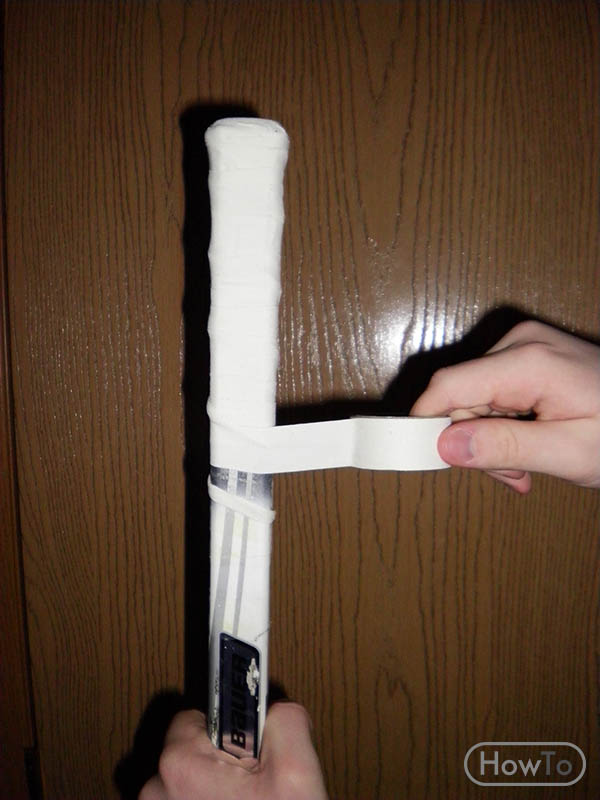 Field hockey sticks are generally made of wood. They are actually a bit lightweight and of a different shape. There you will not get a sharp blade but a bent tow at the end of the hockey stick.

A hockey stick is an instrument with which you receive the ball or release the ball towards your fellow players. To increase the performance of the stick, you need to tape it properly. There are different techniques with which you can tape them.

How to Tape a Hockey Stick from Heel to Toe? 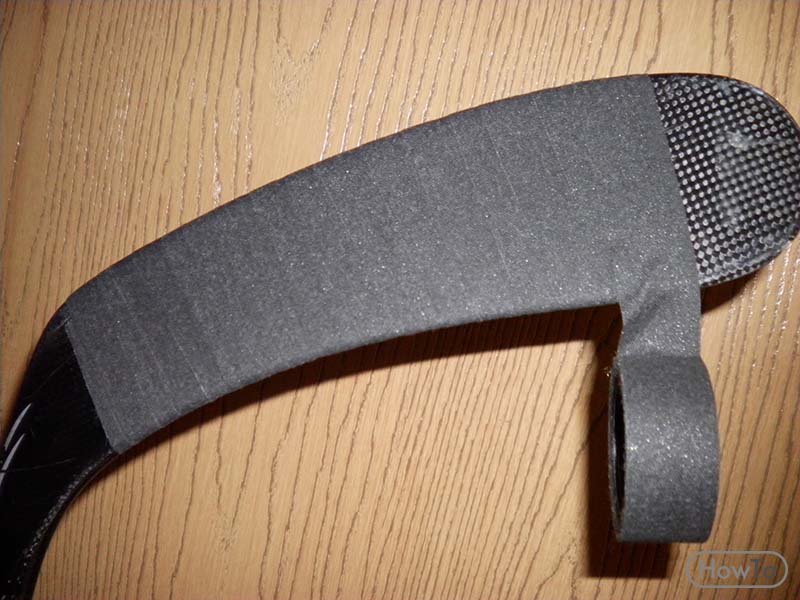 Why do Hockey Players Tape Their Sticks?

The hockey player tapes their hockey stick to get a good grip on the stick so that they can control the ball well. Taping the blade of the hockey stick is to receive the ball and pass it well to the fellow players. It provides a soft surface of the blade so that the ball doesn’t jump out of control.

How do NHL players tape their sticks?

All players use tape on their sticks. But the amount of tape a player uses comes down to personal preference. The most common technique is to apply tape from the heel to near the toe of the stick blade. This provides coverage for the entire bottom of the blade.

How do you tape a stick?

How do you put griptape on a hockey stick?

Should I tape my hockey stick heel to toe?

You can tape from toe to heel or heel to toe. Heel to toe makes for easier trimming and leaves “seams” that face the heel. Start with the tape a half-inch or so from the top of the blade, on the back. More protection and softer feel means more tape, so that means tighter overlaps.

Should you tape a street hockey stick?

Many players prepare their new hockey stick for action on the ice by taping the blade and the butt end. This protects the blade from wear and tear and gives you a better grip on the stick shaft. Tape on the blade also keeps moisture and ice from building up, causing the puck to slip off the blade—not a good thing.

Can I use a street hockey stick on ice?

Do any NHL players still use wooden sticks?

Today in the NHL, almost no players still use wooden sticks. The main advantage that wooden sticks enjoy today is their low cost.

Is hockey tape the same as athletic tape?

Standard hockey tape is made of cloth. It can be used on the grip or the blade. Athletic tape, gaffers tape and friction tape aren’t unheard of on either end of the stick. Electrical tape is usually not wide enough to be used easily, but will do in a pinch.

Why do hockey players tape their socks?

Shin tape. Shin tape is a polyethylene backed tape used on shin pads or socks over the shin pads to help keep them in position. The pressure-sensitive tape is self-adhesive and water resistant, and is elastic so that there is less risk of cutting off circulation to the legs.

Why do you put tape on a hockey stick?

Tape protects the blade of the stick and will give better “puck feel”, meaning that your child will have better control of the puck when receiving a pass or taking a shot. This will help them learn how to handle the puck, developing their skill and making the game more fun.

What is friction tape for in hockey?

Friction tape provides a great moisture barrier between your blade and the ice. This super grippy tape is sticky on both sides providing the ultimate feel of the puck.

Is friction tape sticky on both sides?

Friction tape is a type of woven cloth adhesive tape, historically made of cotton, impregnated with a rubber-based adhesive. Sticky on both sides, it is mainly used by electricians to insulate splices in electric wires and cables.

What is a cloth tape?

Similar to traditional gaffer tape and duct tape, cloth tape is a heavy duty protective tape with a laminated or polycoated cloth backing. It also used as a general purpose tape across the marine, aerospace and domestic markets.

What is black hockey tape made of?

Made from tightly woven poly-cotton cloth and an aggressive natural rubber adhesive, your tape job will hold up to the rigors of the game.

How much does a frozen hockey puck weigh?

In ice hockey. Ice hockey requires a hard disk of vulcanized rubber. A standard ice hockey puck is black, 1 inch (25 mm) thick, 3 inches (76 mm) in diameter, and weighs between 5.5 and 6 ounces (156 and 170 g); some pucks are heavier or lighter than standard (see below).

How wide is hockey tape?

Our durable 1.5” wide cloth hockey tape is perfect for goalies. The proprietary, 10.5 mil, tightly woven cloth stands up to hundreds of shots. At an inch and a half wide, it takes no time to tape up, get between the pipes, and start stopping rubber.

Whats the difference between black and white hockey tape?