As the weather gets warmer and the summer season approaches, wasps and the other insects appear in full force. For some weird reason, they always seem to know when you’re having a BBQ, a picnic or simply sitting outside.

A wasp sting is no joke; in fact, some people are even allergic to it so it might be a good idea to know how to keep wasps away.

The term “wasps” doesn’t refer to a single insect; in fact, until now, almost 30,000 species of wasps have been identified. According to a survey, it was found that certain wasps can keep your crops safe. However, despite the few benefits that they carry, the cons outweigh the pros.

It wouldn’t be a bad idea to have a few tricks under your sleeve so you know how to control their population, in case they ever get out of hand. 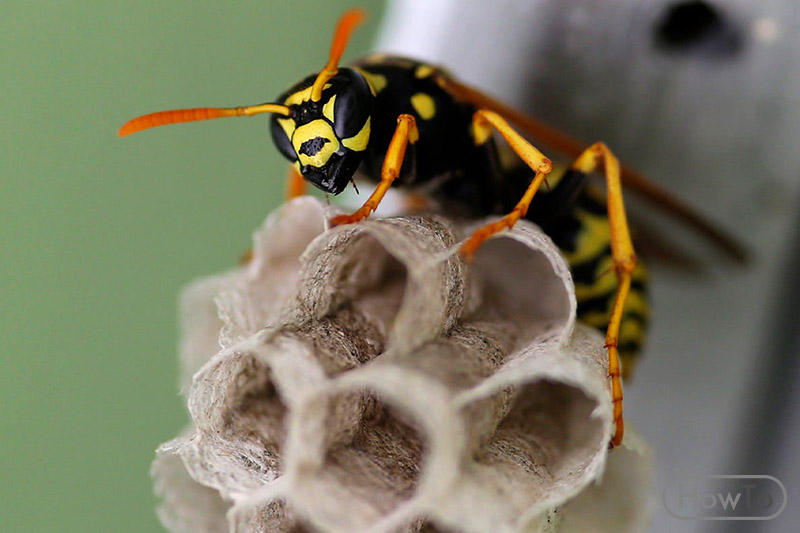 This tip might not be helpful under all circumstances but it wouldn’t be a wise decision to wear perfumes that attract wasps.

Avoid wearing perfumes that have a flowery scent as they might attract wasps.

If you feel you are one of those people who attract insects and other pests – or if you’re allergic to wasps – it would be recommended that you wear a wasp repellent spray that is similar to the mosquito repellent spray.

Whenever you’re having a picnic or a BBQ outside, be careful to remove leftover food asap.

It might seem tempting to delay getting rid of it but the longer you delay putting it off, the higher the chances of it attracting wasps and other pests.

An interesting fact about wasps is that they don’t make their nest in an area if there is already a preexisting nest. You can use this fact to your advantage.

Set up colorful wasp decoy nests in your yard. There is a high chance that when the wasps see these nests, they’ll know to stay away from that area.

Another tip to keep wasps away is to use commercial or homemade wasp traps.

However, they will only be useful for catching single wasp and will not work in case of large groups.

This might seem like an unconventional method; however, slow-moving insects resting on the walls can be quickly sucked up by the use of a vacuum cleaner.

It’s a quick, effective way to keep wasps away.

It is a fact that our most favorite method of getting rid of insects – whether they are flies, mosquitoes, wasps, or bees – is to swap them. However, in the case of wasps, this might not be a very smart decision.

As it is believed that the dying wasps give off certain pheromones that can attract other wasps in that area and that is something that you would not want.

How to Keep Wasps Out of the House 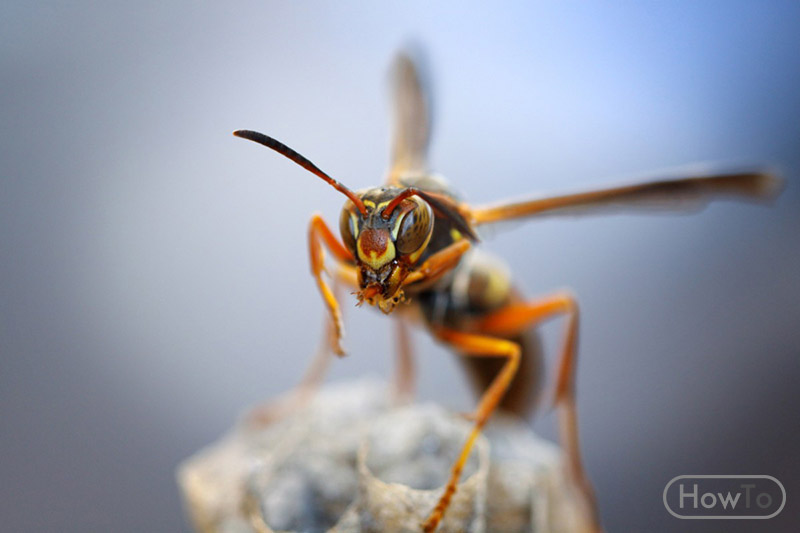 The first step in keeping insects, particularly wasps, out of your house would be to make sure that you make timely repairs to your house.

Make sure there are no gaps or broken windows that need to be repaired. Delaying these things will be an indirect invitation to the wasps to make their nest in your house.

You might have heard the saying “it is better to be safe than to be sorry”. You can apply this quote to your real-life and keep a check on your yard to make sure there are no wasps over there.

In case you come across a wasp, try to find out where its nest is. However, if you do find it, do not approach it until you’re completely ready; you’ll be left with some really painful stings and a lot of regrets.

Wasps are generally attracted to flowers and certain other scenes; however, there are certain scents given off by certain plants that repel them.

Plant them in your flower or vegetable garden, especially close to your house.

This might sound very difficult and is the step that requires you to be most careful. The slightest negligence might cause some serious problems for you.

The first thing you’ll have to do is to locate the nest. Once you have found it, the next step would be to spray it. We recommend you to do it during the night when most of the wasps would be asleep. The best time to do it would be the crack of dawn.

Above were some of the best ways to keep wasps away. Apply any one of these and let us know if you found these effective; we’re sure you will.

What smell do wasps hate?

Wasps have a strong sense of smell, which they use to find food sources. You can take advantage of this trait by using scents they dislike, such as peppermint, lemongrass, clove, and geranium essential oils, vinegar, sliced cucumber, bay leaves, scented herbs, and geranium flowers.

What is the best deterrent for Wasps?

Wasps don’t like herbs that are very aromatic, especially spearmint, thyme, citronella, and eucalyptus. Plant some of these around your patio and outdoor sitting areas to repel wasps.

What is a natural wasp repellent?

Mix together a few drops of clove, geranium, and lemongrass essential oils to naturally repel wasps. You can add this essential oil blend to a spray bottle along with a few tablespoons of dish soap, fill the rest of the water bottle up with water, and shake.

How do I get rid of wasps around my house?

Do dryer sheets keep wasps away?

How do you get rid of wasps instantly?

Will bleach keep wasps away?

Bleach mixed with water and poured into a spray bottle is also an effective way to kill wasps, provided you get a direct hit. If you are running low on bleach or have completely run out, then other household items such as hand sanitizers and detergents can work just as well in the fight against wasps.

White vinegar is a natural and easy alternative to kill wasps. Simply mix a cup of vinegar with a cup of water (or any equal amount) in a spray bottle and carefully spray the offending pests.

While many commercial products exist to exterminate wasps, a product commonly found in most garages or homes will also do the trick. WD–40 helps to effectively kill and prevent wasps from nesting around your home.

Are wasps attracted to vinegar?

Another household item you can use is apple cider vinegar. This household item eliminates several pests and one of which is wasps. The pungent smell it has can lure wasps which is easier for them to be eliminated. You can create a trap where the pest can enter once attracted.

To this juice, add table salt to make it more acidic in nature. Sprinkle or spray this juice over the wasp nest to drive them away for good. Lemon & Baking Soda: Wasps resent the smell of acidic ingredients, which is why lemon juice is highly beneficial to be used. If there are any wasps inside the nest, they will die.

Why does dish soap kill wasps?

Yes, you can kill wasps with dish soap. The soapy water can also kill bees and hornets. Dish soap works because it helps the water get through the exoskeleton of the wasp, which can then drown the stinging pest.

Research has shown that a combination of clove, geranium and lemon grass essential oils effectively repels wasps. You should spray any areas of your property wasps are likely to build a nest such as, roofs, eaves, sheds, ledges, and any other cracks and crevices around your property.

What colors do Wasps dislike?

Bees and wasps instinctively perceive dark colors as a threat. Wear white, tan, cream, or gray clothing as much as possible and avoid black, brown, or red clothes.

Does peppermint keep wasps away?

There are several essential oils you can use to safely and effectively repel wasps. Peppermint oil on its own has been shown to keep wasps and bees at bay, or you can use a combination of clove, geranium, and lemongrass essential oils as a natural pest control method.

Why are wasps attracted to my house?

Wasps probably like your house because they grew up in the neighborhood. Although they don’t re-use their old nests, they do tend to build new nests in the same general area. So if you had wasps‘ nests on your house last year, you’re likely to have them again.

Will a wasp sting you for no reason?

The main reason wasps sting humans is that they feel threatened. Protection – Like most animals, if a wasp female feels her home is under attack or threatened she will protect the wasp nest with the only defense mechanism she has – her stinger! Agitation – Wasps are a lot like humans in some ways, they do get annoyed.